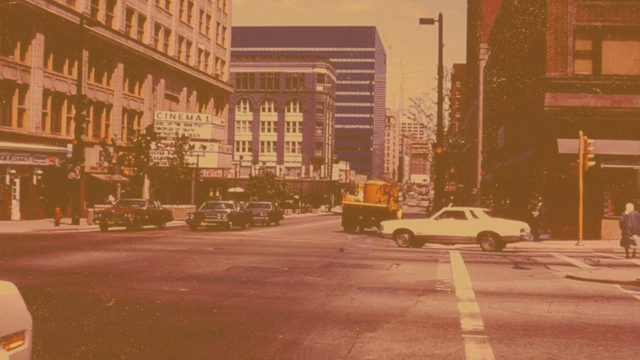 In the late 1970s, music was fundamentally changing. Nationally, black artists were experimenting with new sounds and techniques, creating a unique form of musical expression. As disco morphed into something else entirely, a musical and cultural phenomenon was underway, leading to what we now call hip-hop. And it was more than music. It was a movement — both musically and culturally — that spread to cities across the U.S., including Milwaukee.

In the six-part podcast, Tyrone and Justin speak with an array of guests who were deeply embedded in Milwaukee’s emerging scene. From Speech to DMC, to Doc B, to Andy Noble, to the original recording artists themselves, 88Nine pieces together a nearly forgotten musical story, unique to our city.

Stream all six episodes below, or subscribe to “Backspin” on Apple Podcasts, Stitcher, NPR Podcasts or wherever you listen to podcasts.

We begin the search for Milwaukee’s first hip-hop song. But first we have to understand the origins of hip-hop before it got to Milwaukee, and the fertile ground for the genre that Milwaukee provided in the early ’80s.

A fertile music culture in Milwaukee lays the groundwork for a new art form. In the early ’80s there is an opportunity to make Milwaukee into the next Motown — it just needs one charismatic entrepreneur to take advantage of it.

A businessman with a business plan finds a group of energetic local kids who model themselves on James Brown and convinces them to record what might be Milwaukee’s first hip-hop song.

Controversy swirls around Milwaukee’s first hip-hop song. A group of MCs, DJs and musicians who were there weigh in on the scene, the time, and the true beginning of hip-hop in Milwaukee.

The leader of one of hip-hop’s greatest groups, Arrested Development’s Speech talks about the impact that Milwaukee had on him, and the impact he had on the city and the world.

Episode 6: The Friends We Made Along the Way

Thanks to the following Backspin media partners: