The making of ‘Studio Milwaukee Volume 8’

The making of ‘Studio Milwaukee Volume 8’ 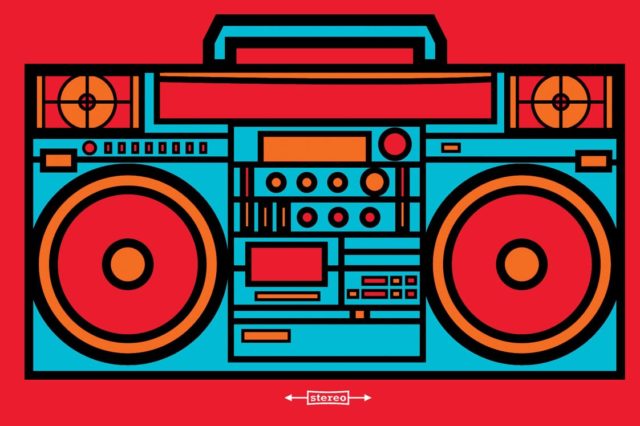 Phase one: The Studio Milwaukee session 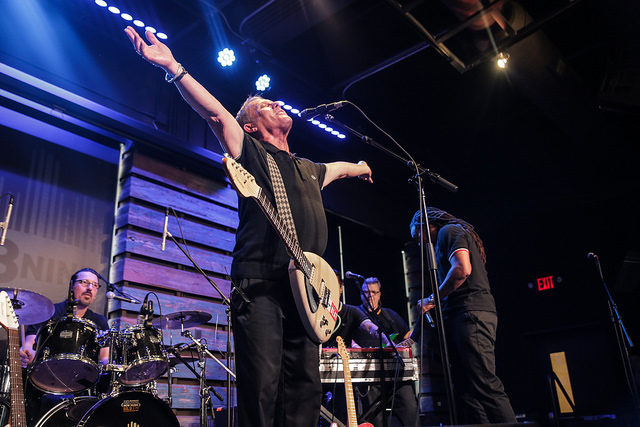 For most of us, this is the most fun part—when artist comes in to play a Studio Milwaukee session. Leading up to that, it’s up to me to reach out to the band/artist and secure them for a session. As soon as we hear of an artist coming to town, I reach out to their management to see if they’d be up for a session. A few factors go into that, with routing and timing being the most crucial. Our sessions usually begin at noon, but the band arrives well before that.

That’s where routing comes in. If a band plays Minneapolis the night before, it might be tough to make the five hour drive if they’re driving themselves in a van. But if they ride in a Prevost bus or a Sprinter where they can leave the driving to someone else, it’s doable. We’ve had plenty of bands roll in from Minneapolis or Detroit in the morning.

We love it when bands are coming from Madison or Chicago the previous night because those
drives are easy on the morning, even after a late gig.

Once the band pulls up, our engineer Lodi and I are usually there to greet the band and facilitate load-in, sound check and distribution of copious amounts of coffee.

At showtime, Lodi rolls “tape” on a laptop in the performance space, capturing a multitrack version of each song, while simultaneously monitoring the radio broadcast. 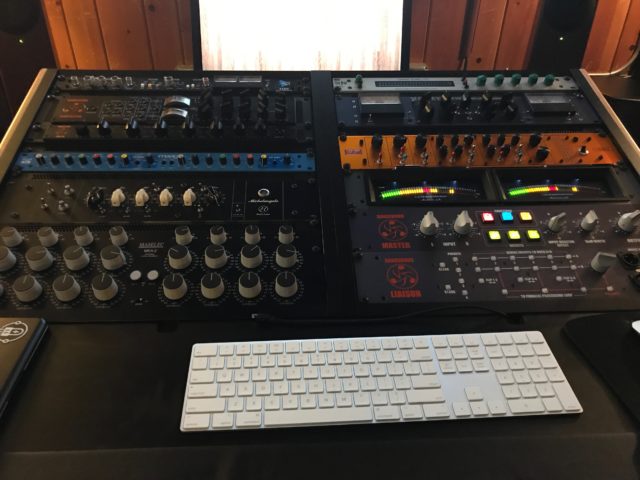 All year long, I keep mental and physical notes of the performances that really enthrall me, my co-workers and our VIP members in the audience. As summer arrives, I start to compile the inventory of the songs to try and mix and secure for inclusion. Then, Lodi takes those multitrack mixes and tweaks them. It’s nothing drastic, but he combs the songs and makes sure there are no obvious flaws and makes changes when necessary. Sometimes a bum guitar note gets a pitch correction or a cough on-
mic from a singer gets excised. More obviously, Lodi sometimes sweetens the original document of the song and might add reverb or delay to give a song depth.

Once he and I are happy with a mix, we send the song to management to get approval. Sometimes they request mixing tweaks for which Lodi is happy to oblige.

This is most difficult and painstaking part of the overall process and it varies greatly from artist to artist. Generally, the bigger the artist, the more involved and protracted the process becomes. I take Lodi’s final mix and send the artists’ management a sound file of the song along with two key documents: a Mechanical License and a Master Use license.

For local bands or those on smaller labels, this can be quick. But if the artist is on a major label, this process can take weeks or even months to get approval. One artist, who has a team that spans three continents and multiple layers of management, took nearly four months from sending the song and legal documents to final approval.

In stark contrast, when Black Pumas got the song and legal paperwork from me, it took one phone call, two emails and a text to get all the documents approved in an hour.

But there are rejections too. It’s pretty soul crushing when you really loved a band’s performance and mix, but despite much pleading and cajoling, they just don’t approve for a myriad of reasons. It happens every year. Some hurt more than others. 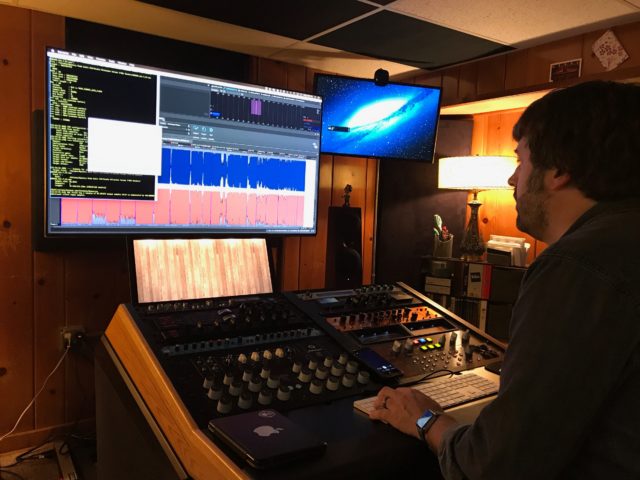 Not many people know all the exact details of the mastering process. I’ve done it on many projects—more than the four Studio Milwaukee CDs I’ve produced—and even I don’t know all the subtleties involved in mastering.

Thankfully, we have Justin Perkins to helm the mastering process. To simplify the details, mastering readies the collection of songs we’ve received approval for and finalizes them for production and distribution.

Among the many things Justin does in the mastering process is normalizing the sound levels so all the songs have the same presence, no one song sounds louder or softer over the course of the CD.

He also preps the metadata that appears on the CD and download, including artwork and song information.

Among the most crucial things mastering does (or doesn’t, in some cases when Justin isn’t
involved) is to maintain “headroom,” which is to make sure that there is a noise
ceiling to avoid clipping and distortion. 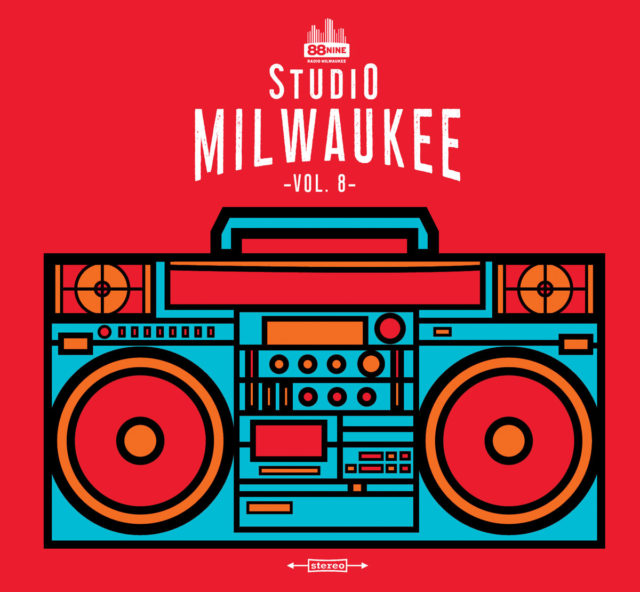 Once the recording has been mastered, we send it to a production facility (in our case it’s A to Z Media with Joe Vent) that presses the CDs and readies the digital files for downloading.

We also get an artist–DeChazier Stokes–to design the physical and digital artwork for the CD. Once the CDs are manufactured, they are put into the sleeves that get shipped to us. Once they’re here, our fulfillment team packages them before mailing them out to our wonderful donors who are awaiting the sonic souvenirs of those sessions they’ve attended over the last year or so.

It’s a lengthy, involved process with lots of hoops to jump through and unexpected twists and turns, but when we get those CDs shipped to the station, it’s like Christmas morning for me.

I hope you enjoy the end result of “Studio Milwaukee Volume 8” as much as I do. Here’s the final tracklisting you’ll hear on the CD.

The blood, sweat, tears and legal paperwork that go into our annual CD of Studio Milwaukee session recordings

It’s that time of the year—leaves are falling, the sun’s going down earlier, baseball is nearing the playoffs and it’s time for another Radio Milwaukee fall tradition: the arrival of a new Studio Milwaukee CD.

We’re nearing the completion of the pre-production phase of our annual live mixtape. The CD our members hold in their hands every year represents the culmination of a great deal of digital and physical legwork. It’s a true labor of love. There are five major phases that go into each CD and I’m pleased to be involved in every phase. Here’s everything that went into “Studio Milwaukee Volume 8.”