Listen to 414 Music with GGOOLLDD

Listen to 414 Music with GGOOLLDD 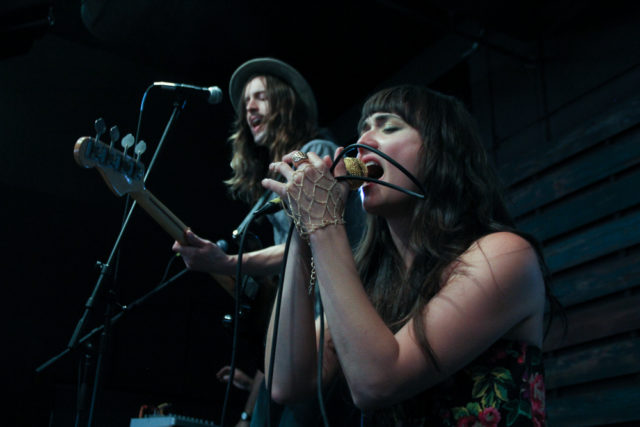 Yesterday’s 414 Music Live featured local group GGOOLLDD, who brought their lively brand of electro-pop to the Radio Milwaukee studio. Admittedly, I wasn’t sure what to expect from GGOOLLDD, but the massive crowd they attracted to their performance was my first indication that something awesome was about to take place. Sure enough, the six-piece crew took the stage and kicked off what would become a truly standout 414 Music Live session. GGOOLLDD’s shimmering guitars and bouncy bass lines embellished sleek electronic beats to create polished, precise, and unwaveringly powerful electro-pop designs. With a natural rock-goddess swagger and a sparkling gold microphone in hand, front woman and lead vocalist Margaret Butler carried the band through three electrifying tracks off their album $TANDARD$. Butler’s raw energy while performing live gave GGOOLLDD’s sound a layer of intensity that is somewhat uncommon in most electronic-based outfits, and will no doubt take the group far in their musical future. To sum it up, GGOOLLDD’s unique sound and energy makes them one Milwaukee band to keep on your radar as they continue to garner media attention. To learn more about GGOOLLDD, check out their Facebook page and grab their album on Bandcamp,