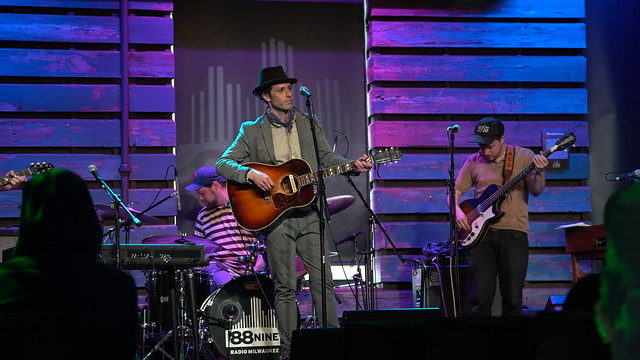 Thursday on 414 Live, we were excited to welcome Matthew Davies, a road-tested Milwaukee folk singer/songwriter. His fifth and most recent album, “Flowers and Ticket Stubs,” “tells tales of common and uncommon folk — faces seen in windows, sentimental dudes with metropolitan style, all visible across an unseen borderline mining the emotions and alchemy of unwritten traditions,” according to his bio.

Listen to him discuss and perform songs from the record below.

During our interview, Davies explains the origins of the album’s unusual title, and shares the important cause that sales from the first 100 copies of the album will support. He also discusses how parenthood has shaped his songwriting.