Twan Mack educates and entertains us on 414 Live

Twan Mack educates and entertains us on 414 Live 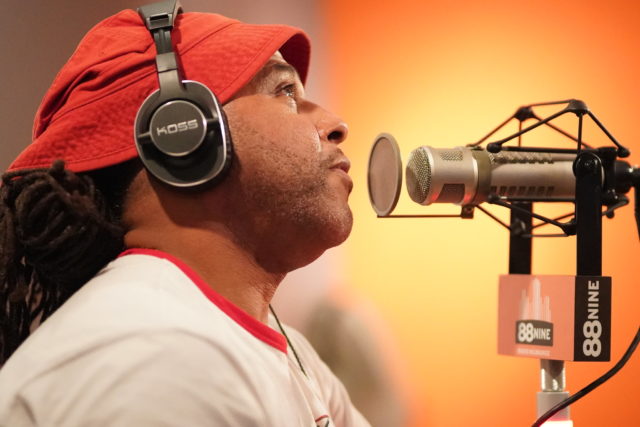 Twan Mack seeks to educate and entertain simultaneously through his work and that’s what he did with his performance on 414 Live. We got him in the studio just after his release of “Main Concern” and on the day of his premiere and collaboration with Solana called “Rewind.”

We discussed these new releases as well as Mack’s prolific background in beatboxing, collaborating, and creating a scene around himself. You’ll hear many different notable names of artists he’s worked with including Chuck Chillout, IshDARR, Speech from Arrested Development and the list goes on because he has a very open door policy on working with other people in that “if you’re dope and you think I’m dope we can work together.”

Twan Mack has an incredible background and real knowledge about the scene here in Milwaukee and lends some smart lines of advice warning “if you don’t stand for something, you’ll fall for anything” but most importantly he suggests to “educate yourself” and encourage the scene to support each other, here in the city.

We had a packed house with Twan Mack for one of his last performances of the year as he prepares to head to Europe next year to open for Arrested Development.