Listen to the social satire art rock of XPosed 4Heads

Listen to the social satire art rock of XPosed 4Heads 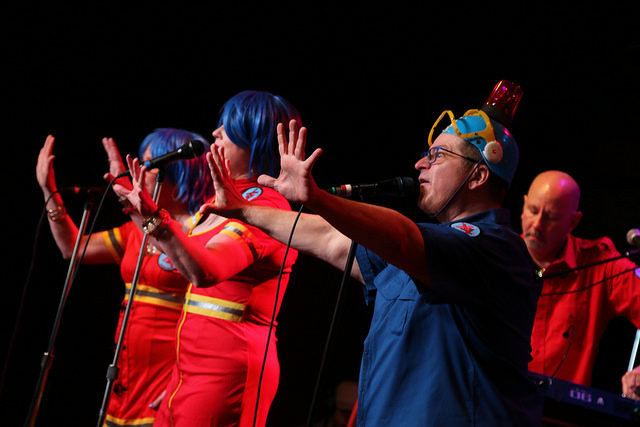 Xposed 4Heads landed at 88Nine for a short set of live music and interview as a warm up for New Wave Fest. We heard influences of Devo and Rush in their music…but, “mostly Rush,” joked frontman Mark G.E.

He said about the band’s message, “It’s not enough to make fun of something. You have to provide an alternative, something positive.” 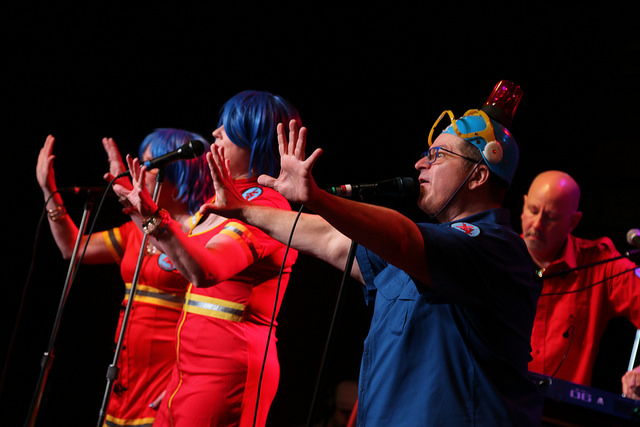 In 1982, Xposed 4Heads released “Nice Guy,” which went on to years of heavy rotation on WMSE. DJ Declan (WMSE) praised them as “a band unencumbered by talent.” With an ever evolving roster of musicians, Xposed 4Heads had three cassette-only releases by 1992 and had gotten airplay on college stations through out the US and been included in numerous compilation albums.

The tight nucleus of current day 4Heads has helped the original concept develop into a party band that puts on a high energy witty show that is compared to a mash up between Devo and the B52’s which features the Star Girls, two aliens that have come for peace and dancing.
88Nine Radio Milwaukee

Listen below to the session and interview with the band and the Star Girls. 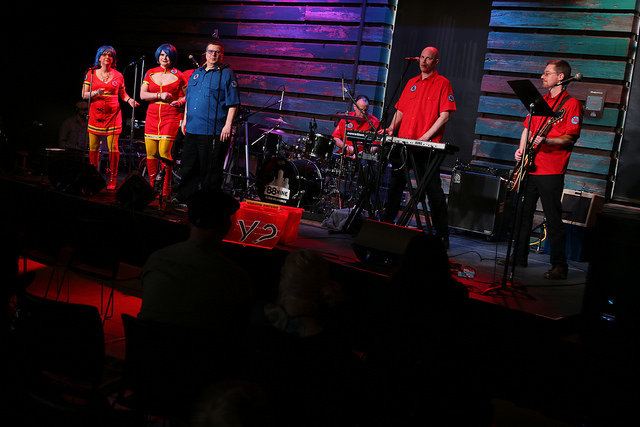 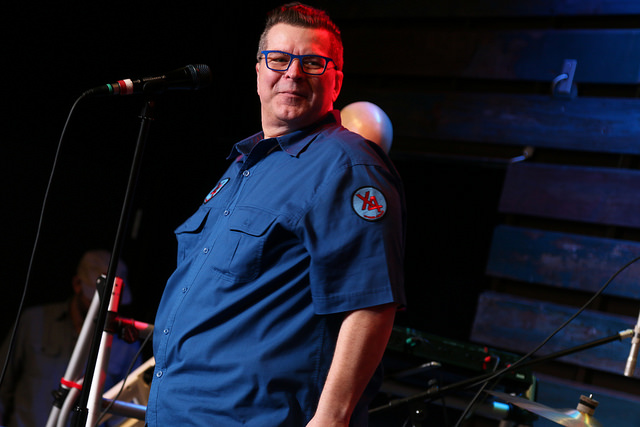 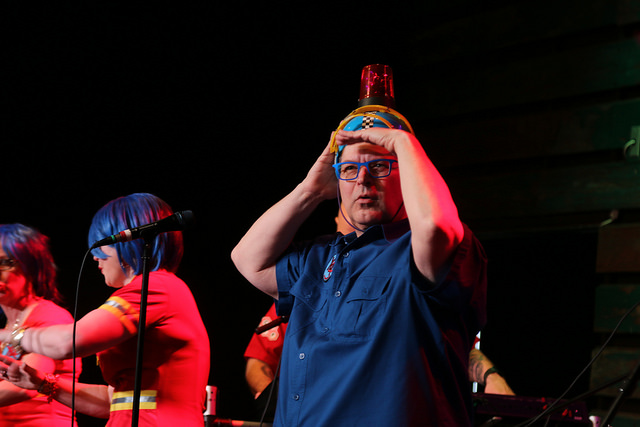 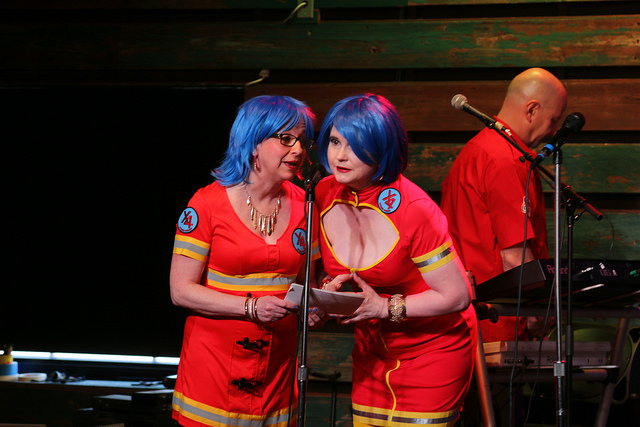 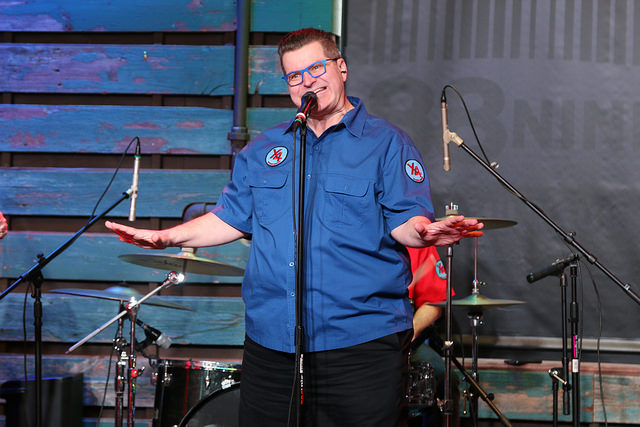 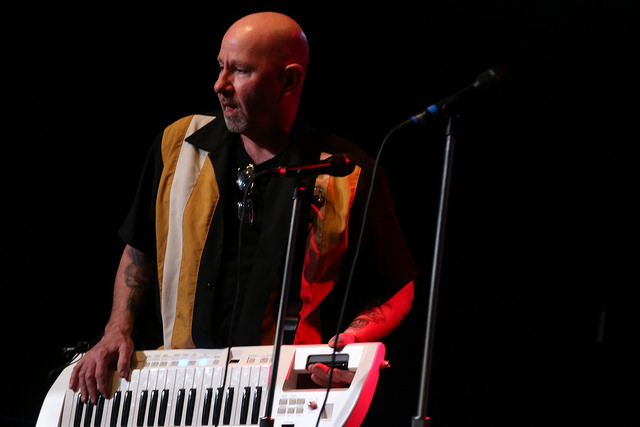 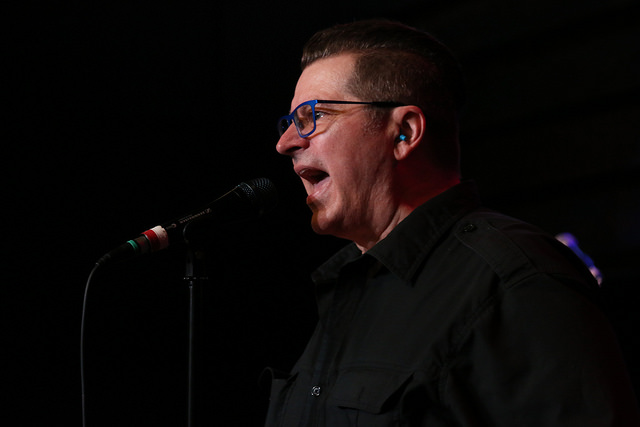