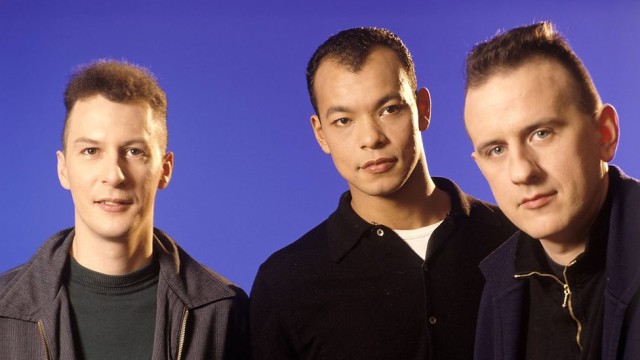 If you were around in 1989 and near a radio, you likely heard Fine Young Cannibals’ (sorry, FYC) smash hit “She Drives Me Crazy” a thousand times. It was a #1 in the U.S., UK, Canada, Spain and a few other countries, it was ubquitous. Today is guitarist Andy Cox’s birthday. Last fall when El Vy stopped in Milwaukee, with only one album to play live, they fleshed it out with a cover or two, including FYC’s song. While there was no MKE video shot of the song, someone in Portland, OR shot the song with a cellphone and, while not spectacular sound quality, it’ll do for a Shadow.