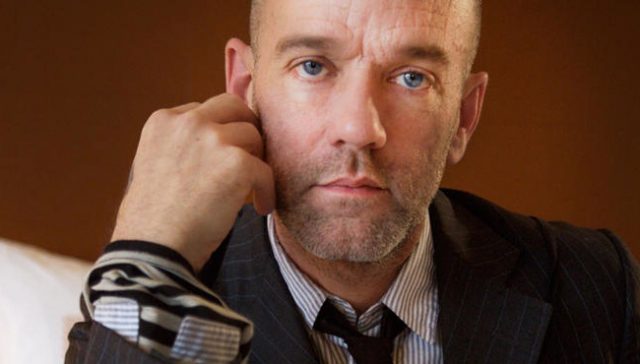 Formed in Athens. GA in 1980, R.E.M. built a huge following among college-age students in the early 80’s through incessant touring. They grew from college radio darlings to international superstardom in just over a decade, jumping from stalwart Indie label I.R.S. to Warner Brothers in the process, selling millions of records. Founding drummer Bill Berry left the band in 1997 but the band soldiered on until 2011. Stipe had been largely absent from the spotlight since the breakup but has recently emerged with well-chosen appearances such as performing Bowie’s “Ashes To Ashes” in a series of Bowie tribute shows and did “The Man Who Sold The World” on Jimmy Fallon’s show.

We salute Michael Stipe with a great cover from The Decemberists, a band who had R.E.M.’s Peter Buck guests star on “The King Is Dead” album