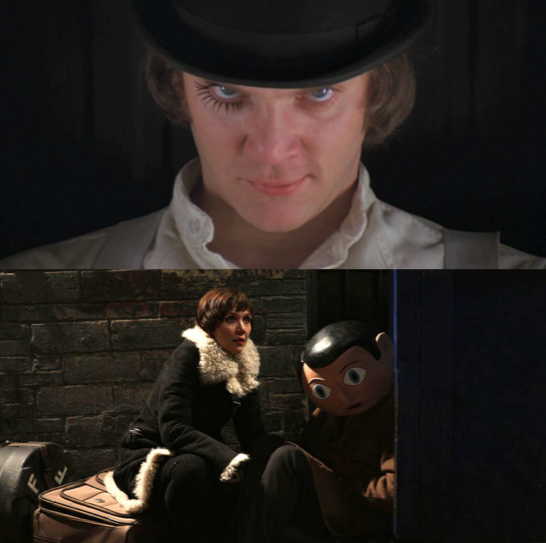 World’s collide for today’s movie-themed Five O’Clock Shadow: one soundtrack covers another soundtrack, a well-known actress picks up singing and, for the love of god, what is it with Lighthouse Keepers? 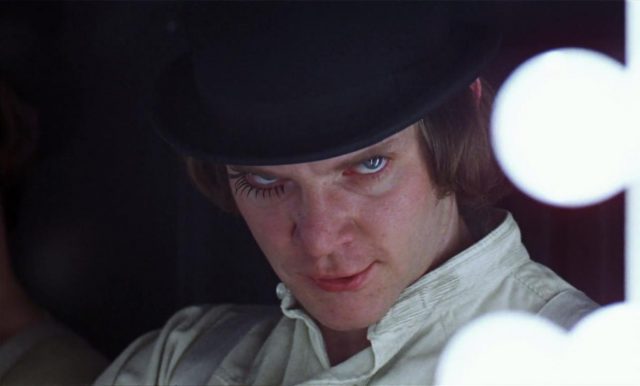 The one where they drink a lot of milk, speak in their own language and the moral of the story is…. uhh… bad people are always going to be bad? (Okay, so maybe don’t show it to your kids.)

There’s a scene in the movie when the main character (Alex) returns home and in the background this crazy song about a Lighthouse Keeper is playing. 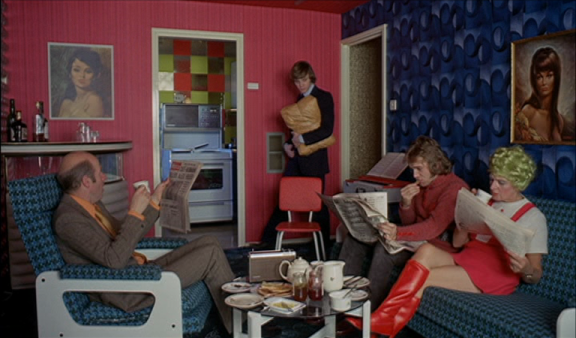 The song was by an artist named Erika Eigen. It was released on one of her albums a few years back and eventually Kubrick picked it up and put it on the Clockwork Orange Soundtrack.

So, fast forward 40 years later. The movie ‘Frank’ premiers at Sundance (I think it’s still on Netflix, too.).

At one point towards the end of the movie, Maggie is on stage singing a slow ballad that’s, you guessed it, that same quirky song from A Clockwork Orange, “I Want to Marry a Lighthouse Keeper.”

And for someone that generally sticks to acting, she nails it with her haunting vocals and puts a spin on it turning this quirky song into a heartbreaker. 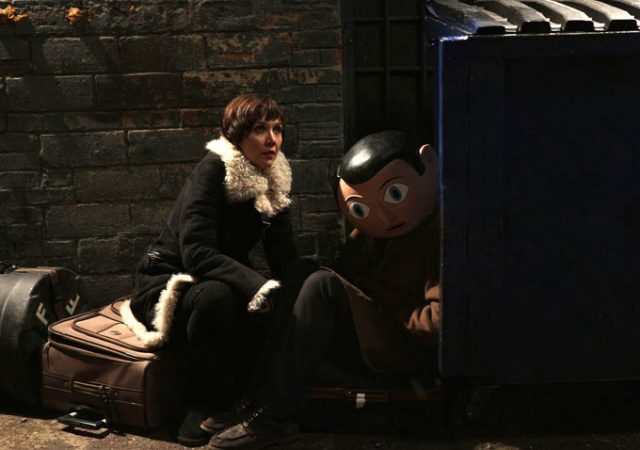 So today’s 5 O’Clock Shadow is Maggie Gyllenhaal covering “I Want to Marry  a Lighthouse Keeper” from the ‘Clockwork Orange’ Soundtrack in the movie ‘Frank.’ (….How confusing is that?)