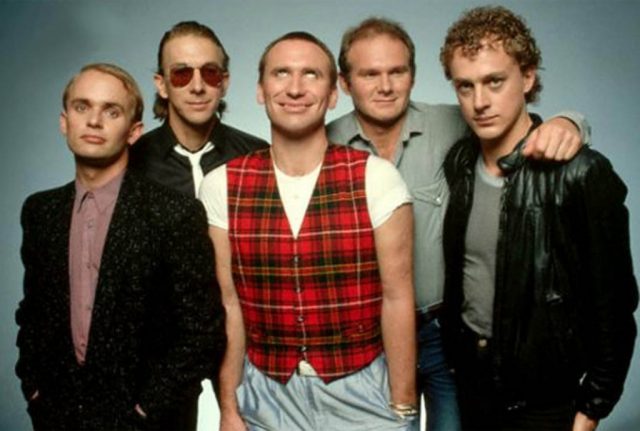 Men At Work had colossal worldwide success in the early 80’s, hitting #1 in the U.S., U.K. and their native Australia with albums Business As Usual (1981) and Cargo (1983) but the wheels started to come off by the time 1985’s Two Hearts arrived. Today we visit the forlorn second single from Cargo, “Overkill” with a cover from South African band The Benjamin Gate.

The Men At Work original.

And The Benjamin Gate cover.