31 years ago today, I saw the Replacements for the first time ever

31 years ago today, I saw the Replacements for the first time ever 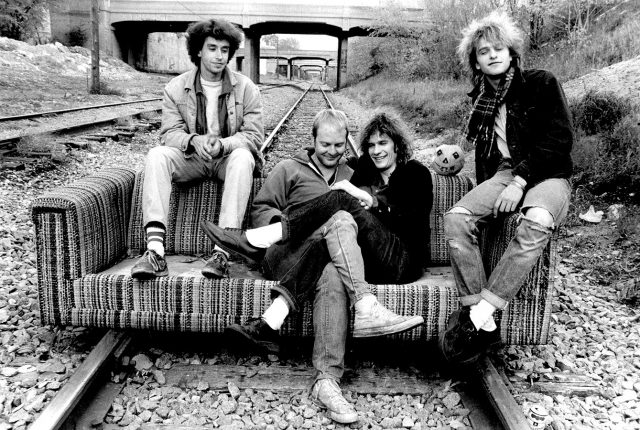 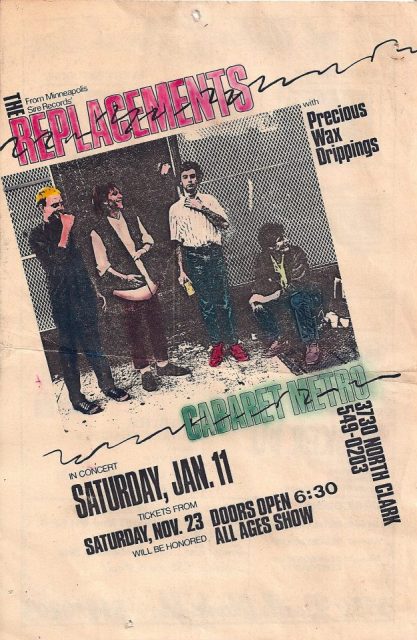 The January 11th, 1986 show was a make-good for a show they were too drunk to play the previous November

Most people who know me know what a HUGE Replacements fan I am and thanks to a Facebook reminder, I was alerted to the fact that 31 years ago today I made my maiden voyage to Chicago’s (Cabaret) Metro, my favorite music venue in Chicago. Now it’s just called Metro and it is still the best booked and staffed club in town.

Back in January, 1986, I was still a few months shy of getting my driver’s license, so with my buddy Kent Rayhill in tow, my parents drove us to our first Replacements show. We agreed to meet them under the marquee after the show, which was supposed to end at 10PM, as it was an all ages show. While I don’t remember every detail, it was and still remains one of my all-time favorite shows. For a band whose shows ranged from the shambolic, drunken affairs, to absolute letter-perfect tight performances, this one fell somewhere inbetween. In my Replacements-attending career, I’d plenty of both.

About ten years ago, a friend sent me a complete bootleg of that show and it brought back many foggy memories. And now, thanks to the The Replacements Live Archive Project, anyone can track long-ago ‘Mats shows, including the show I saw in 1986.

The Replacements “Bastards of Young” a legendary video.