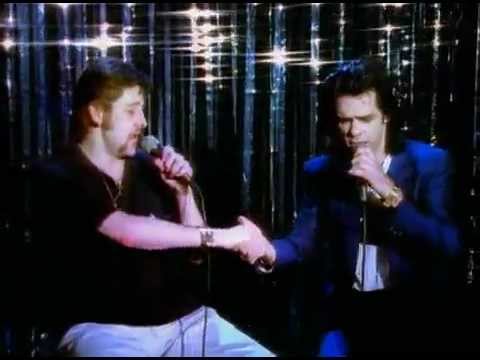 On this day in 1901 Louis Armstrong was born. The man changed just about everything we know about music and might be the greatest thing that has ever happened to jazz and popular music. He also invented invented scat. Among the many things that he gave us, one of them was this song. It’s perfection.

Many have covered the song, but today we listen to a version from Nick Cave & Shane MacGowan. I love this version because both of them are pretty much half-in-the-bag as they sing this almost karaoke version of the song. Imagine walking into a bar late on a Saturday night and seeing these guys doing this song at the bar.

Nick Cave is going to have a new album out on September 1st, called “Skeleton Tree.”