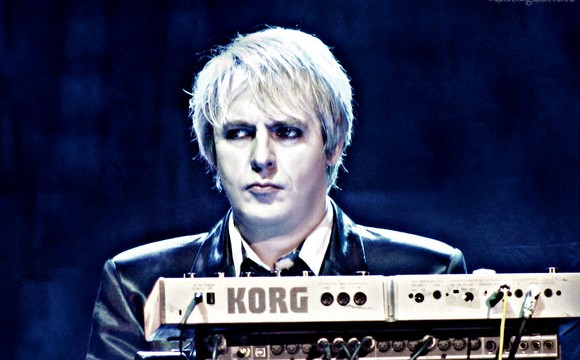 Nick Rhodes, the youngest of the founding members of Duran Duran, turns 54 today.

Nick was just a teenager when the ‘Rio’ album came out and he provided the signature eerie keyboard motif that runs throughout the song “Save A Prayer”. The song reached #1 in France, #2 in Ireland and the UK and #16 in the States. We get the cover from Eagles of Death Metal, who was the band onstage at Le Bataclan nightclub in Paris when the November 2015 terror attack occurred. When Eagles of Death Metal covered the song, Duran Duran agreed to donate all royalties of the cover to charity.

The original “Save A Prayer” from Duran Duran.

And the “Royal Tennenbaums”-inspired cover video.