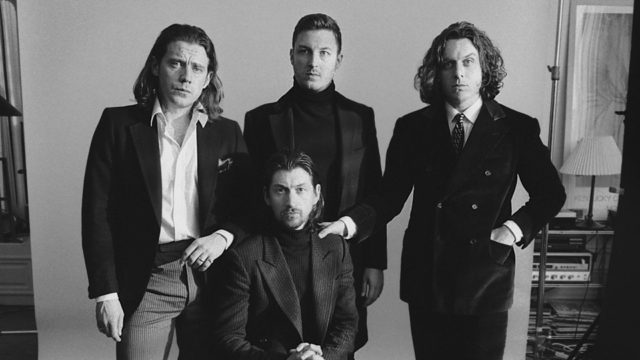 With music from The Nude Party, Thin Lips, Bill Evans, Wet and parasol

My guest today is Matt Helders of Arctic Monkeys. Arctic Monkeys is a band out of Sheffield, England. They’ve been making since 2002, they have a worldwide audience, they have released fantastic albums such as “AM,” “Favorite Worst Nightmare,” and most recently “Tranquility Base Hotel & Casino,” of which we have been playing the song “Four out of Five” on 88Nine Radio Milwaukee. My guest today is Matt Helders: drummer, vocalist and founding member of Arctic Monkeys.

Justin Barney: Matt, what’s a song right now that you can’t stop listening to or have been listening to a lot recently?

Matt Helders: I actually don’t know many of the song titles because the record isn’t out yet, but we just did a few dates with The Nude Party opening for us.

Matt Helders: Yeah, pretty new. I think this is their first album. They’re from North Carolina but they’re sort of based in New York now and they’re really good and we sort of watched them every night, they were that good. We were taken by them — we just did a few dates with them and that was really good. They gave us the copy of their record. I had it on vinyl and unfortunately I’ve been traveling ever since that tour so I haven’t even had the chance to buy a record player.

Justin Barney: Nice. What do you like about them?

Matt Helders: It’s very groovy and base-driven, I suppose psychedelic at times. It’s quite exciting to watch. You know, not in a way that it’s fast rap or garage rock, it’s just quite, like, captivating.

Justin Barney: Alright, we’re going to go with “Chevrolet Van.” This is The Nude Party, Arctic Monkey’s pick for 5 Songs We Can’t Stop Listening To.

2. “Gaslight Anthem (The Song Not the Band)” by Thin Lips

A song I can’t stop listening to this week is “Gaslight Anthem (The Song Not The Band)” by Thin Lips. Thin Lips is a band out of Philadelphia, Pennsylvania made up of some of the members of groups that we love, like Hop Along. At first I was drawn to this album because it’s got kind of this scuzzy lo-fi sound that I love and it’s also funny. Like the title of the song, “Gaslight Anthem (The Song Not The Band)” and “Smoking For Quitters,” “So Stoned,” “Sex is Complicated” and “It’s Hard to Tell The Difference When You’re Scared of Literally Everything,” and I thought it was funny. Then I started listening to it and I really got caught up on these first two songs and kind of looked past the humor of it and now I’m really latched on to the meaning of it.

The album is called “Chosen Family,” it reminds me of one of the episodes that we did of Invisible Lines when we talk about being in a marginalized group and then choosing this family and being around people that are like minded and understand you instead of being in a group who don’t do those things. I’m gonna include this 45 seconds where she talks about her first realizing that she’s gay for the first time. I love the way that she talks about it. This makes me think about the chosen family of music, that when you’re listening to it, be it with someone or alone, that this is the group of people that you’re choosing to be with. These are the like-minded people that make you feel like you’re not alone, that make you feel like you are okay and that what you’re doing is not isolating. That is really important I think, that’s one of the most important things about music and this relates all that. 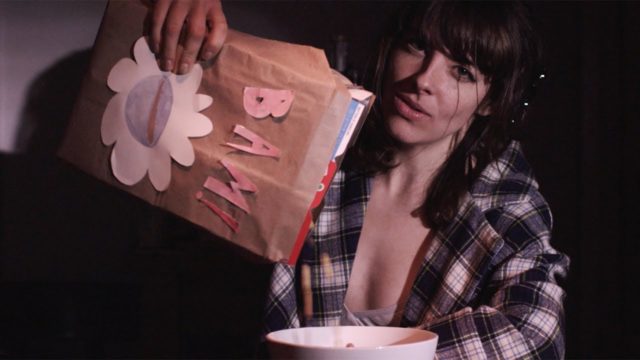 3. Hop Along picks “Lullaby for Helene” by Bill Evans

Justin Barney: What’s one song right now that you’ve been listening to a lot?

Frances Quinlan: So lately I’ve been listening to the album “From Left to Right,” Bill Evans. Because, you know, I have a difficulty with focus and really sitting down and listening to anything from beginning to end lately. But I went away for, I guess, ten days, to Oregon, and some of that time was spent — I spent about a week in a cabin, mostly on my own, and that was an album I listened to quite a bit.

Justin Barney: How’d you pick up that album?

Frances Quinlan: A friend of mine, who is a pianist, years ago mentioned him and I didn’t really get into him at that time. And then later on, Markie — my brother who plays drums in the band — he also worked at a jazz radio station for, like, ten years, and got me interested in a lot of musicians and I realized that I loved solo piano. But anyway, this album was recorded in 1970, I believe. It’s just got a very cinematic feel to it, and that song “Lullaby for Helene” for me definitely puts me in a particular frame of mind, the quiet scene. It was just really great to listen to alone in the woods.

Justin Barney: By Bill Evans. Let’s do it.

4. “Still Run” by Wet feat. Starchild and The New Romantic

Justin Barney: My guest today is Dora Stasiak. Dora is a highschool student who just graduated from Whitefish Bay high school and is going to go to the University of Minnesota. Dora’s mom won the opportunity to be a guest on 5 Songs at our Soundbites fundraiser, which is a fund raiser we do to keep us on air, independent and commercial free.

Dora, what is one song you can’t stop listening to?

Justin Barney: We just listened to this song and it is super beautiful, I was very captivated. Do you know anything about the band Wet?

Dora Stasiak: No, my brother got the chance to see them live at a music festival and then introduced the band to my sister and I. We kind of have this thing as siblings where we have this playlist where we all add music to it every week to stay in touch.

Dora Stasiak: Yeah, and we always name it after a weird fruit. We have fun with it. So, he just kept adding Wet’s music to it and I fell in love with the band.

Justin Barney: What do you like about this song?

Dora Stasiak: For me this song reaches out to me in the sense that I am leaving my hometown and getting away from stuff and that’s tough. I could have stayed closer, but I chose to go a bit farther. At the same time I’m going to a new place where I get the chance to meet a lot of new people and kind of start fresh in a new way and be the person I want to be for the rest of my life.

5. “Heed the Words” by parasol

The final song this week is “Heed the Words” by Parasol. Sometimes when I’m working here and trying to listen to new music, I’ll just make a huge playlist of just a bunch of stuff that I find on the internet and go about doing my work. That’s what I did this week and this song just stopped me dead in my tracks.

The thing about it that caught my attention is that it starts with this piano and has this really kind of like pretty orchestral. Then he comes in with bars. Parasol comes in with this weird, lazy hip hop verse that really contrasts with this kind of grandiose beauty of the background that I think kind of gives it just like this really great background. It totally stopped me dead in my tracks, hopefully it will do the same for you.