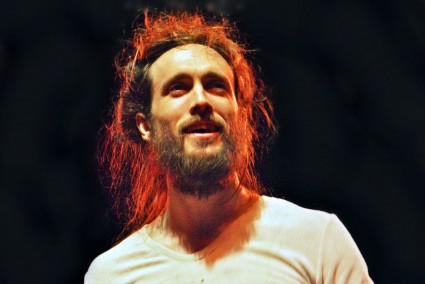 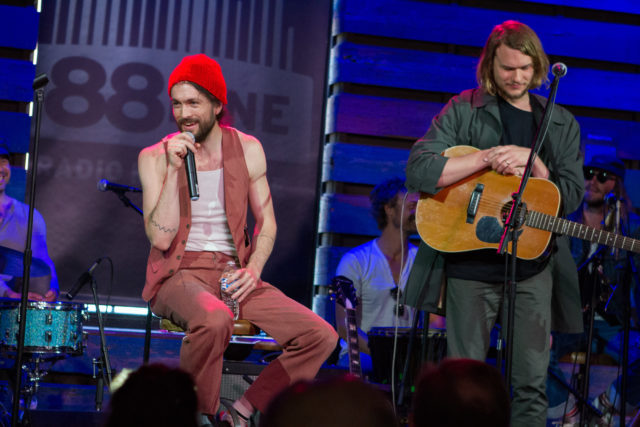 1. Alexander Ebert A.K.A. Edward Sharpe of The Magnetic Zero’s picks “My Sweet Lord” by Nina Simone

Every week we ask one of our favorite artists to tell us about one of their favorite songs. This week we had the pleasure of talking to Alexander Ebert, who is Edward Sharpe of Edward Sharpe and the Magnetic Zeros.

Justin Barney: Alexander, thank you for being here. What is one song that you can’t stop listening to?

Justin: Do you remember the first time you heard it?

Alexander: Yeah, I remember the first time I heard it, sort of. I remember just playing it over and over again in the apartment on Frenchman street in New Orleans.

What I really love about it was that I didn’t really realize what song it was until a good seven minutes in or something and I realized, ‘Oh my god, this is a cover of My Sweet Lord.’ She just took it and made it her own.

I guess that’s sort of what’s so amazing about her, to me: is that everything she does seems born in her belly. That’s something you theoretically want to strive for but can’t always attain.

There’s this one moment. You know, she plays the piano so she’s essentially conducting the band as she’s going and you can’t help but know that it’s not terribly pre-arranged, and that everyone’s got to be on point. So if she does one thing or the other she has to follow. And there’s a moment in the song, I won’t be able to do it because it’s too early…

Justin: Can you just give me a bit?

I’ve been doing a lot of traveling recently. This year I went to India and I just got back from Philledelphia, I went to Nashville not too long ago. And, all the trips have been amazing, but I always get to this point in the city when I have spent enough time there and it just becomes another place. It’s a city just like other cities.

In a way, for me at least, it’s comforting to know that no city is perfect. And that’s kind of what Erin Toby’s song “All Over The World,” is about. It’s a song about her making the decision to stay in her hometown of Bloomington, Indiana. In writing this song Toby said that the song is less about settling down and more about abandoning the illusion that life is necessarily more fulfilling, or better somewhere else. And she can have piece-of-mind knowing that life wouldn’t automatically better if she were living in another city.

As a person who has grown up in Milwaukee, visited other places, but still decided to live in this city where I grew up, I gotta say this song speaks right to me.

Honus Honus was in the band Man Man. But now he is doing his own thing. I loved Man Man. Man Man made songs like “10 Lb Mustache” and Engrish Bwudd”

I always loved Man Man because Man Man was weird. They were a weird band, and they did weird things, but still held it together and made songs that were fun. There wasn’t and pretention to their weirdness.

And that’s totally what you get with this song. With Honus Honus there is an effortless weirdness. He’s not contrived or trying to be weird, he is just reaching in the playbox of music, pulling out whatever he gets and then sharing his project with the rest of the class.

So here is a song about a roommates brother’s mother’s lover who saw the image of Jesus on the side of a quesadilla and was not interested in it whatsoever.

Justin Barney: Marcus Doucette, what is one song that you  can’t stop listening to?

Marcus Doucette: I’m really hype on this compilation that is actually not quite out yet. I pre-ordered the vinyl because I was so intrigued by the release it’s called Space Echo: The Mystery behind the Cosmic Sound of Cabo Verde. It’s not just the music itself, it’s the story of hoe this album came to be and how the music on the album came to be.

Back in 1968, apparently, there was this shipment that left Baltimore Harbor, it was carrying all the latest Korg, Moog, and Hammond organs of the day. It was on its way to Rio De Janeiro and it disappeared after one day.

So it turns up a couple months later, stranded on an island in Cape Verde. And Cape Verde, who had just kind of like, were in the midst of throwing off the shackles of the Portuguese colonial government, they were kind of not feeling like giving any of these Korgs or Moogs back, so they kind of commandeered them, and overnight a whole generation of Cape Verdians gained access to all this cutting edge music gear and it literally transformed their whole musical sound. It took this very traditional music and put it into this cosmic territory.

But the thing is, I do know what it’s about. You can just tell from her inflection and the way that she sings that it is about love in some form. There is a pain in her voice. And there wouldn’t be the pain if there wasn’t love here to accompany it.