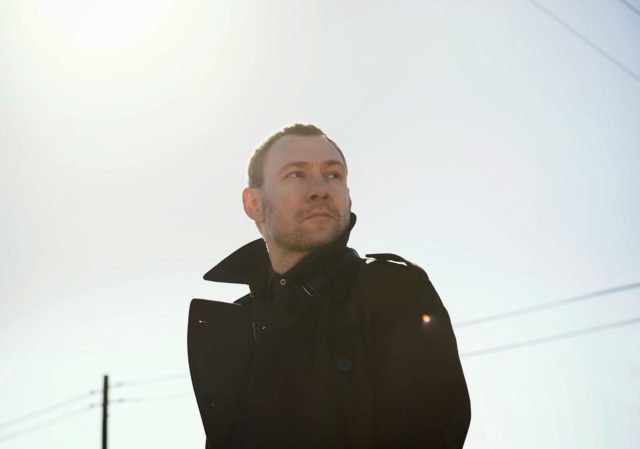 1. David Gray picks “Watch Me Get Married” by Bill Callahan

David Gray started his career in the early ’90s, when he released the album “White Ladder” that just blew up. Eventually, it became the fifth best selling album of the 2000s in the UK. He has had hits including “This Year’s Love,””Babylon,”  and his most recent song that we’ve been playing, “A Tight Ship.”

Justin Barney: David, what song is on pause on your phone right now?

David Gray: It’s Bill Callahan’s latest record, “Shepherd in a Sheepskin Vest.” Catchy little title, that would be rocketing to the top of the best sellers list.

Justin Barney: It is a great record.

David Gray: I love Bill, and every time he does something it cheers me up. He’s the best, as far as I’m concerned. He’s out there on his own.

Justin Barney: What do you think makes Bill Callahan stand out for doing what he does?

David Gray: I love the gentle way that he pries songwriting open by going on tangents outside of songwriting. It’s quite odd, some of it, and some of it’s more straightforward.

He’s more like a short story writer to me. He reminds me of Raymond Carver and Paul Auster, those sort of people. There’s a lot of humor there and there’s a lot of depth as well.

He makes absolutely beautiful observations. On the last record, “Dream River”: “The only two words I’ve said today are ‘beer’ and ‘thank you,'” then he just says, “beer, thank you, beer, thank you” and this goes on for a while during the song. Then he’s sitting in the hotel bar, “Gazing out a window / That isn’t there.” It’s just these lovely little lines. And the wind starts to blow in the song and something starts banging off the scaffold outside, and then “the wind finds something to ping.” He goes down these corridors that no one would ever go down, and he finds these beautiful little metaphors.

I find him so alive to possibilities, and also plowing a furrow that no one’s gone near.

Alex Cameron, for a while, had this persona of a sleazeball ’80s pop star. On this new record he has shed the “persona” but, as Kurt Vonnegut used to say, “We are what we pretend to be.” And, honestly, there isn’t much of a difference. Cameron talks very luridly about sex, religion, free speech and just about every other topic that you aren’t really supposed to be talking about. Which is what makes him such a fascinating musician in 2019.

If art is about breaking the rules, Alex Cameron has broken every one.

Here is a banger from his new album where he begs for a divorce. It’s called “Divorce.”

Our guest today is Lady Lamb. Lady Lamb is Aly Spoltcho. She used to be Lady Lamb the Beekeeper. She is from Brunswick Maine and has released three albums. Her most recent “Even in the Tremor,” which we have been playing on 88Nine.

Justin Barney: This is the first time that I am trying this with somebody who is on their cell phone. What song is on pause right now on your phone.

Lady Lamb: Oh my gosh, hold on one second. Right now, I was just listening to Jessica Pratt a song called “Back Baby.”

Justin Barney: How did you discover Jessica Pratt?

Lady Lamb: I actually discovered her in Spain actually. I was doing a tour there in 2014 or 2015 and the promoters who were driving me around for the week and I was spending the whole week with them became good friends of mine and they put her on in the car and so at first she became my soundtrack in Spain and I listened to her that whole week and have just been a fan since.

Justin Barney: Do you then every time you hear it think of Spain?

Lady Lamb: I do, I do. I think about a particular drive in the center of the country so of around Madrid in kind of a desert area. And I think about this on rest stop in Spain that was so interesting and different from what I’m used to because they had like a buffet in the restaurant, like that was what you could eat there. There wasn’t like snacks and stuff it was this walk up buffet that was Spanish food, but it was in particular this dish that they eat that is rice with sausage and an egg on top.

Lady Lamb: And if I remember correctly they ate that with ketchup. It was just like a plate of rice and an egg and meat and ketchup. That is the proudest tie to that memory somehow.

I’m here with my Dad. We always come on around Father’s Day, and we’re a little late, but here we are.

Justin Barney: Dad, what is one song you can’t stop listening to?

Al Barney: One song I can’t stop listening to is “Hold Me Before I’m Gone Forever” by Reina del Cid.

Justin Barney: I know that you love Reina del Cid.

Justin Barney: Can you tell me about Reina del Cid first, about how you discovered them and why you like them?

Al Barney: I stumbled on to her on a YouTube thing. I remember seeing a picture of her and her guitar player, Toni, and the song was “Tupelo Honey.” I listened to it, and they weren’t great. The thing I liked about it was, she was like, “Hey, I’m Reina del Cid, and this is how I sing ‘Tupelo Honey.'”

Justin Barney: Tell me about this song.

Al Barney: I remember this time about a year ago — my younger brother Brian, your uncle, he died suddenly about 10 years ago, and he has two daughters, my nieces Tarisa and Jessica. And around that time, their lives were exploding with so many great things. With everything they were doing, their jobs, their travels, they were going places and doing things. It was incredible, and I just thought, my brother would be so proud of his girls at this time. Then I remember hearing this song. My brother, he was a rock-and-roller, and he died suddenly on the road in Chicago and never got to say goodbye. When I hear Reina del Cid, I can hear my brother singing to his girls.

5. Justin Barney picks “Thank Me Later” by Anna of the North

Of the North in Anna of The North’s name, refers to Norway where she is from. Could have fooled me though cause this sounds like the Chicago south side to me. The horns and hype in this song make it sound like it could be a Chance the Rapper B-side, it’s got that double dutch feel of early Jamila Woods, it’s even got kids singing in the background like it could be recorded on a playground or something like that. It’s so fresh and so fun.