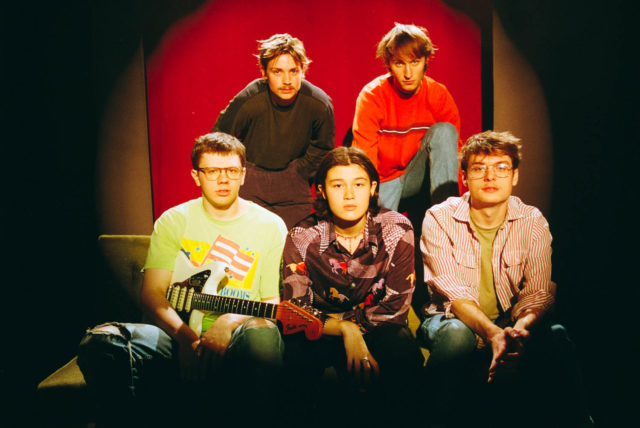 My guest today is Disq. Disq is a band from Madison, Wis., and they’re one of my favorite new bands. I think the thing that I like the most about Disq is that they have music that is really interesting and complex but it still sounds really casual and laid back. My guest today is Isaac, lead singer of Disq.

Isaac, what’s the last song that you couldn’t stop listening to?

Well, it’s probably “It Won’t Be Wrong” by The Byrds. I was watching a Laurel Canyon documentary that’s on Netflix and they cover that song in there. I wasn’t a super huge fan of the cover, but I knew I had heard the song before and it kind of stuck with me after the movie. Especially The Byrds, just in general. I think I actually just downloaded an album that that’s on and once I got to that song I was like, “Oh right, it’s this one.”

What’s special about The Byrds?

Well, I don’t know. They haven’t influenced me a whole lot in the past. Like I’ve known them and I’ve listened to a lot of music that’s adjacent to that kind of like American-’60s-psychedelic, but it was never something that I was quite as into. I always find a lot of happiness in discovering something that’s new-ish for me that I can get into for a while. Especially if it’s something old that I still haven’t really delved into a lot. Because it’s cool to hear how The Byrds and The Beatles and whatever they’re kind of playing off each other’s influences on one another. It’s pretty cool. And I’m a big Beatles fan. That’s why The Byrds, I would say. That song, it’s really short, I guess it’s not even quite psychedelic yet. It’s sort of pre-psychedelic songs. And it really kind of exemplifies that, I feel. I like that a lot about it.