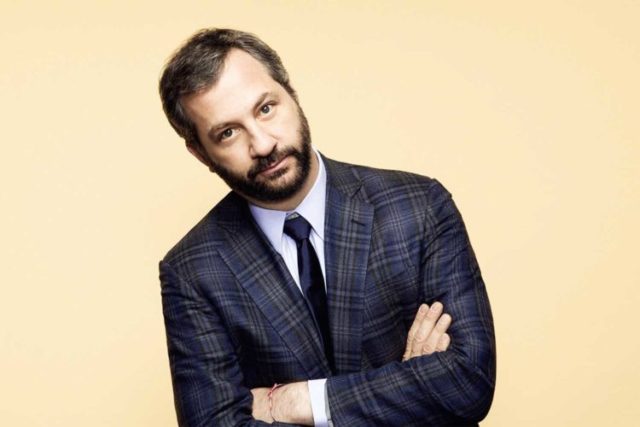 1. Judd Apatow picks “No Hard Feelings” by The Avett Brothers

Our guest today is Judd Apatow. Apatow has directed movies like, “The 40-year-old Virgin,” “Knocked Up,” and “Trainwreck.” He’s written for TV shows like “Love,” “Crashing” and “Girls.” He’s been a producer on many movies including “The Zen Diaries of Garry Shandling,” “The Big Sick” and “Bridesmaids.” I don’t think that it’s a stretch to say his brand of humor and compassion has shaped entertainment today.

He started as a stand up comedian and he’s bringing his stand up back to Milwaukee. On November 6, he will be at Turner Hall Ballroom doing standup. My guest today is Judd Apatow.

Judd Apatow: Well I made a documentary about the Band The Avett Brothers for HBO. It streams on HBO called “May It Last.” The peak of the movie is they record this song, called “No Hard Feelings,” which accepts things about how he hopes he’ll feel on the day he dies like he cleans it up with everybody and there’s no hard feelings with anybody.

It’s a very emotional song, but in the movie after they sing it they start debating on how they feel, about being so vulnerable and making music having to put your feelings out there for the world and also hoping that it makes you money. Then bringing you pain and offering up your soul. It’s a great conversation and something you don’t hear people talk about. Just the strangeness of offering up your spirit for other people for art, but also for commerce.

Justin: What a strange intersection. That’s great, I mean, I talked to Scott Avett once and it was one of the best conversations I’ve ever had. I went in being like, alright we’re talking on the phone, kind of impersonal, and it’s kind of weird cause you can’t see each other, but he was one of the most genuine people in the entire world.

Judd: I feel bad that I’m still not making the movie. I made the movie because Rick Rubin said to me, “There’s something about these guys that when you’re around them a lot life is better.” I  quite know what he meant but I think that they’re just a pure spirit and they’re just good guys and really creative.

It just makes you feel good about the human race when you’re around them. Which we need these days.

Song two this week is my pick, one song I can’t stop listening to is “Violent” by Grapetooth.

Grapetooth is this band out of Chicago, but I swear they could be out of South London. I listened to this song for the first time and the first thing that gripped me are these syths. They are straight up new wave syths that could be a New Order song. It’s got a drum pattern that sounds like Suicide and all those bands from like the mid ’80s and then the vocals come in and they remind me of Paul Westerberg from The Replacements and that is why I always loved Paul Westerberg. He’s got this longing in his voice where you can tell that there is something that is deep and true inside there.

To me it sounds like Replacements meets New Order. At the end he starts yelling, “Are you violent?,” he really—he loses it. He’s kind of losing it in the midst of this like synthy ’80s party you could just see him alone on a dance floor yelling this into a void. I have been completely wrapped up and it’s “Violent” by GrapeTooth. 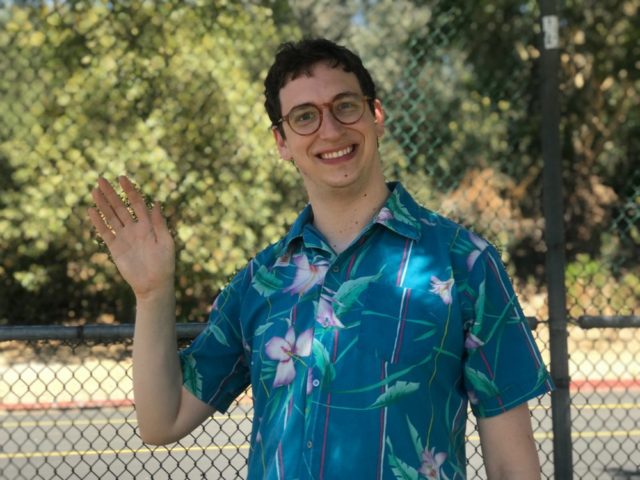 Our guest for song three is Jerry Paper. Jerry Paper is the stage name of Lucas Nathan who makes music out of Los Angeles. His songs are idiosyncratic rock/pop. Sometimes there’s elements of humor and whimsy in them. There super interesting, we’re playing the song “Your Cocoon” off of his new album, “Like a Baby.” My guest today is Jerry Paper.

Justin Barney: Jerry, What is the last song that you couldn’t stop listening to?

Jerry Paper: Okay, so this is not something I would normally say, but it is literally the answer to your question.

Justin: Yessss, That’s what I want.

Jerry: The last song I couldn’t stop listening to is this Barbra Streisand and Barry Gibb’s song called “Guilty.”

Justin: yessss, This is the answer that I want.

Jerry: Yeah if I’m being honest here then that is it.

Justin: What draws you to it?

Justin: What’s the line in this song?

Jerry: The line in this song that makes me laugh is, “Make a crime to be lonely or sad,” and then Barry Gibbs goes, “It got to be illegal.” I don’t know it’s just really good.

Justin: If being lonely and sad was a crime, what would be a fair punishment?

Justin: What is the draw to law and order here?

Jerry: I don’t know cause then it’s like, “We got nothing to be guilty of, our love is one in a million,” then it’s like okay, Why you telling me that?

Jerry: That’s what i’m saying. I like love songs, they’re great, but it’s a pretty over raw and boring genre ultimately. Like there’s just a lot. So whenever you find like a weird spin on a love song, it’s just good. It just ends with something perfect like Barbra Streisand and Barry Gibbs being in love, like what’s the crime there?

Justin Barney: From the music desk here at 88Nine Radio Milwaukee, I’m Justin Barney this is 5 songs we can’t stop listening to.

I’m here with Nicole Beilke, web editor here at 88Nine. Nicole, what are you jamming on right now?

Nicole Beilke: So I got a new one by Twin Shadow that just came out actually this month.

Nicole: I really think it was just in the past couple of days and I can’t remember the exact date, but it’s super new and it is called “Hollow Days.”

Nicole: Twin shadow he is kind of, He’s got a great voice, but this track is very different for him. So he’s Dominican and it’s got a sort of bachata flair and rhythm to it, so it seems like he’s going back to his roots with this one. It’s kind of like a whole new rhythm for him and it’s fun.

Justin: What is Bachata for those of us who do not know?

Nicole: Yeah, it’s a style of Latin music and it comes with a dance as well. A lot of people would say that Bachata music all sounds the same, cause they all do have that same kind of rhythm in the back. Like some tapping, some drums, I don’t know the exact instrument, but the dance is pretty slow and you move your hips a little bit to the rhythm and they’re all very similar.

Twin Shadow kind of shakes it up a little bit. So it’s familiar—it’s a bachata rhythm but it’s not so much Prince Royce, where all his rhythms are sort of the same in the background.

Justin: Sure, so Bachata with a Twin Shadow twist?

Nicole: Yes! Exactly like a kind of a more hip-hop twist to it. Little more hippy-hoppy

5. Antarctigo Vespucci – “Freakin’ U Out”

The final song this week song 5 is my pick. It’s called “Freakin’ U Out” by Antarctigo Vespucci. Antarctigo Vespucci is the project of whom I love. Jeff Rosenstock is one half, he released on January 1 this year. Jeff Rosenstock released the album “Post,” which is definitely in my top 5 for album of the year. He’s been in pop punk bands like Bomb the Music Industry! in the early oughts as well.

The other half is Chris Farren. Farren was in this band Fake Problems in the early to mid 2000’s as well. That was again like this pop, punk also like that kind of grunge folk scene too that was going on at that time. I love that band Fake Problems, loved Bomb The Music Industry and together, they are Antarctigo Vespucci.

It takes the best part of those genres which to me is this single long quality and in this song you’re going to hear that there’s this feedback, which is great. The thing is, I love pop punk because they’re all the best moments of pop music which is this fun quality to it. It gets stuck in your head and you want to yell along with the lyrics, while maintaining this identity and real feeling. It doesn’t feel fake like some pop music can feel, it doesn’t feel produced, it just has this real feeling that you can sing along to and yell along with and listen to it over and over and over, I think is the beauty of this song and the genre.

This song is by Antartigo Vespucci. Sing and yell along with it. It is “Freaking You Out.”