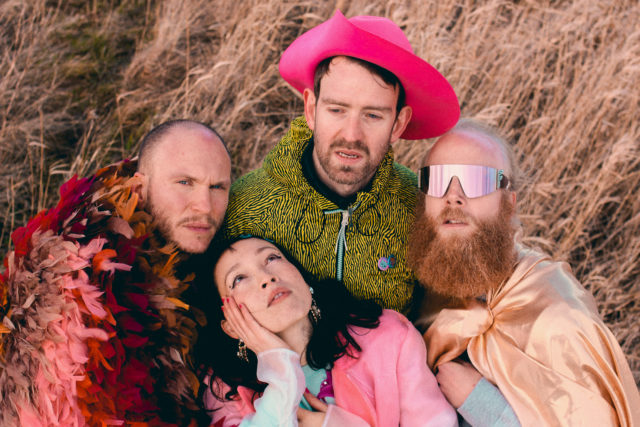 Little Dragon was set to go on a world tour at the beginning of April. They just released their fantastic new album “New Me, Same Us.” But Erik Boden was relaxed about the whole situation. He called me from his home in Gothenburg, Sweden. He’d just put his kids to bed and the house was quiet. He asked how we are doing in Wisconsin and described the work he was doing in his home studio and how he was finding out more about himself in this long stretch. He also told me about an artist called Ross from Friends.

Erik, what have you been listening to lately?

I’ve really been into this guy, he’s got a good name, he’s calling himself Ross from Friends. He’s a British guy. He was a support act with his mates on a little trip a few years ago and I’ve been into his music a lot.

When I listen to music, most of the time I go either sentimental, like what I listened to as a teenager like J Dilla or Weather Report or it could be Jimmy Hendrix. But this guy is from the present so I thought I would give him a push, because he really pushes me.

Well, he’s a guy with a computer, doing Abelton.

But what I really like him is that I always get the sense that he doesn’t really care what anyone else thinks. He is doing it for himself. Purely. By doing that he really pulls me in.

I met him when they were supporting. Every show they had he was just laughing. From beginning to end. It really stuck to my mind. Like, yeah, you can actually be happy. You can enjoy music to the fullest.

There is one song called “D1RT BOX” from an EP from 2017. That song is very psychedelic in the way that it takes you from one place to another place and you don’t really know where you’re going. And then he’s having these breaks, or drops, where you get thrown into a world without any rhythm. And then get brought back into it. In that song its so…it’s so… it’s just cold.