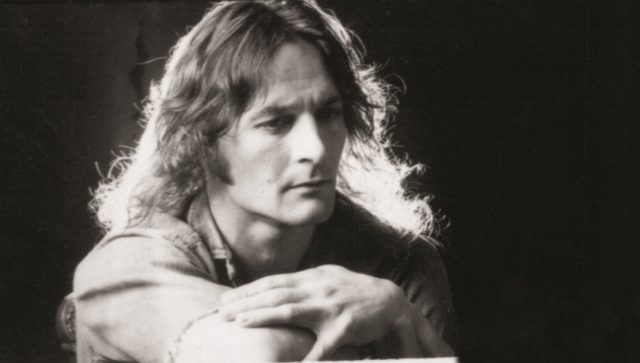 From the Music Desk at 88Nine Radio Milwaukee, I’m Justin Barney. Today the record label 4AD is reissuing the 1974 album, “No Other” by Gene Clark. Gene Clark was a member of The Byrds, and then he embarked on his solo career and released the album “No Other” in 1974. It was a big, ambitious album. It was a complete commercial failure and it sidetracked Gene Clark’s entire career. But the album has found an audience with musicians and music listeners around the world. One of their fans is Meg Remy from the band U.S. Girls. So I’ve got Meghan on the line and we’re going to talk about this album from Gean Clark. This is Meg Remy from U.S Girls.

The thing everyone always said was he was The Byrd who couldn’t fly.

You know he was in The Byrds but he was terrified of flying. He was like a farm boy, scared of planes. And so he was kind of blamed, from my understanding, blamed for The Byrds, not being able to carry on.

The other people in the band really tortured him and kind of picked on him and stuff cause he was obviously a sensitive person but also the most talented and best looking in the group. So I’m sure they were jealous. And it’s, I mean, I think he died from complications from dental stuff. I think he had a hard life after it. He wasn’t maybe cut out for the industry. I think he was probably too good for the industry and they didn’t know what to do with them.

What sticks out to you about this album?

I think it’s his voice. The pain in his voice. I just believe him way more than I believe David Crosby or Neil Young or any of any of these kinds of guys of that same time. Gene Clark I fully believe.

What was he critiquing?

I think he’s critiquing the very idea of like the music industry and stardom in general. Artists being put above non-artists. I guess we could say the spotlight. The spotlight as anything that gives any sort of nutrition at all. I think he saw through that and was weary of it and saying, “I want this, but I’m weary of it when I don’t trust it.” And “I’m seeing these things that are connected to it and I don’t know what to think.” It seems very real and coming from within himself.

What’s your favorite song on the album?

It’s hard to choose. I think “Some Misunderstanding.”

Is just a hell of a song.

I mean, he says bearing so much of it. Talking about the spotlight thing. I mean that’s in, in the lyrics in the song. Saying, “We all need a fix at a time like this,. Like that line works today. But also, that’s any time.

We all…life is… we don’t know what it is. We just literally are born. We show up here, we know we’re going to die. Whether we acknowledge it or not. And you can’t be carrying that around every day in full focus. So you need these fixes, right? There’s a million reasons why you need a fix. And that’s okay. He’s saying that.

That’s the thing, he’s so nonjudgmental and he also doesn’t act like he has answers. And that’s like the greatest teacher, you know? Teachers should be.