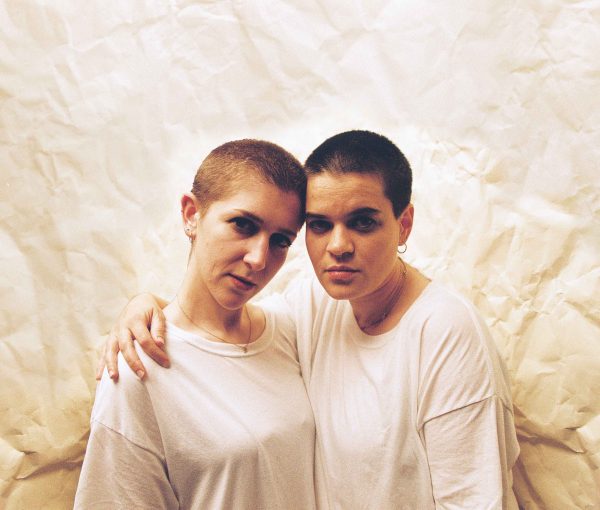 Our guest today is Overcoats. Overcoats is a duo from New York, they are Hana Rose Elion and JJ Mitchell. In 2015 they released an EP with the song “Leave the Lights On” that we played a ton. They just released a new EP and we’ve been playing the song “The Fool.” My guests today are JJ and Hana from Overcoats.

JJ, what is one song that you can’t stop listening to?

(JJ) I’m on a weird kick right now where I’ve been listening to a lot of this band from Malawi. It’s a Sub-Saharan rock group called Tinariwen. I think they’re incredible.

How did you find them? And what are they doing that you think is interesting?

(JJ) I found them on Instagram. Maybe somebody posted about it, I think it was Bob Boilen. Somebody whose music taste I trust. So I went to see them in L.A. when we had a day off during our tour. It was very serendipitous because it happened to be the one day that we had in L.A. and they were playing at this Mayan theater in downtown Los Angeles. The thing that I’m really loving from their work is the way that they’ve managed to mix very gritty rock guitar sounds with what I assume is more traditional sounds from Malawi but originally Algeria. I can’t understand the lyrics very well, but I feel like I can get a really good sense of what the songs are about despite that. I really respect that in music when emotions and sentiments translate regardless of language.

I cannot wait to play that. I’m so glad that we’ll have an opportunity to play that on the radio.

(JJ) I would request the song that’s called “Sastanàqqàm.”

(Hana) This is funny because her favorite joke is that she doesn’t listen to music, but then she actually has the most eclectic music taste out there.