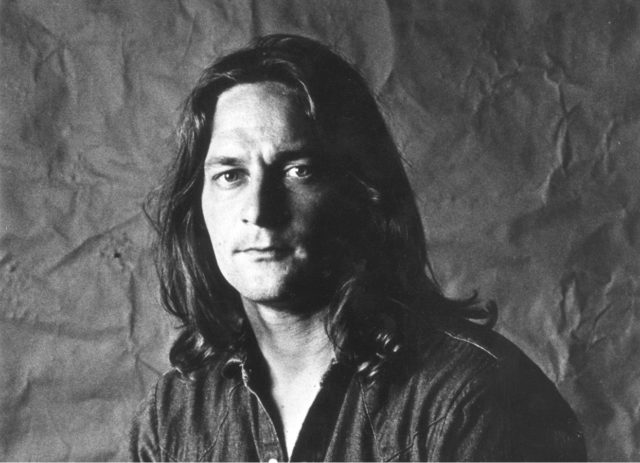 From the music desk at 88.9 Radio Milwaukee, I’m Justin Barney. Recently the label 4AD re-released the 1974 album, “No Other,” by The Byrds’ Gene Clark. The album was a commercial flop in 1974, but it has been a cult favorite for musicians and music fans across the world. One of them being a guitarist and musician, Steve Gunn.

We are here to talk about Gene Clark. Could you, and specifically the album, “No Other,” but could you tell me how you were introduced to the artist himself?

Well I think, when I graduated high school and was listening to a lot of bands from the 60s, I definitely gravitated towards The Byrds. And I remember kind of liking the songs in The Byrds, kind of preferring them a little bit. He had this calming kind of presence as a singer. But also I think he was — sort of — the most introspective one of the group. And kind of more went hard on free of the mediums more than some of the other members.

I think that his songs were a bit more sensitive, and they stuck out to me.

Learning a little bit more about his life and seeing where he was in his life when he made this record, and he was poised to have a big budget, and he’s kind of this completely amazing group of musicians. He almost had a freedom to kind of do whatever he wanted. I think that I guess you can call it his most experimental record. When he came up with these songs and when he left LA you really like Mendocino. And with his family, and he was pretty healthy. But also, just trying to expand his mind and obviously explain his music, and Gene was feeling like he wanted to kind of expand himself and his sounds kind of go in the maximum sort of direction in the studio. The record was extremely high budget.

He put everything you had into it.

After it came out and with an enormous sort of sub. And I think it didn’t really do well on the charts or anything like that. I think perhaps it was misconstrued by the label. And I think that, I think Jean just kind of came a bit lost again, and he’s such a sensitive person, and I think it had a profound effect on his direction.

I think demise started really sort of coming into view. I think his personal climate was kind of fell apart. He moved back to LA, and then I think he sort of fell into being more of a shadowy figure and got kind of back into drugs and all that stuff. And I think that he perhaps thought that he never got the respect that he was likely due. It’s interesting to see that this record gets such a claim now. It’s really a masterpiece in my opinion. And I think it just took a long time for people to kind of wrap their heads around it. And it’s one of those albums that’s just, it’s someone who’s a genius and it kind of, his talents were too big in, I don’t know, for the world to handle or himself to even comprehend.

Do you have a favorite song from the album?

What do you think is the larger point that he’s getting at there?

Perhaps he’s in this satellite looking down on the world and seeing that it’s extremely troubled, and it’s interesting to talk about and to think about that song now because it’s very, very relevant now as well. It’s heavy, but the thing that I really love about Jean Clark, too. There’s this kind of longing, hopefulness in his songs too as well. I think just the sound of his voice is comforting and somewhat hopeful, although he’s singing about some serious, troubled ideas. So, and to me, to mix those kinds of aspects in the song is super, super important. And also just really hard to do and quite beautiful.