Thurston Moore on the raw power of his new favorite band, Big Joanie

Thurston Moore on the raw power of his new favorite band, Big Joanie 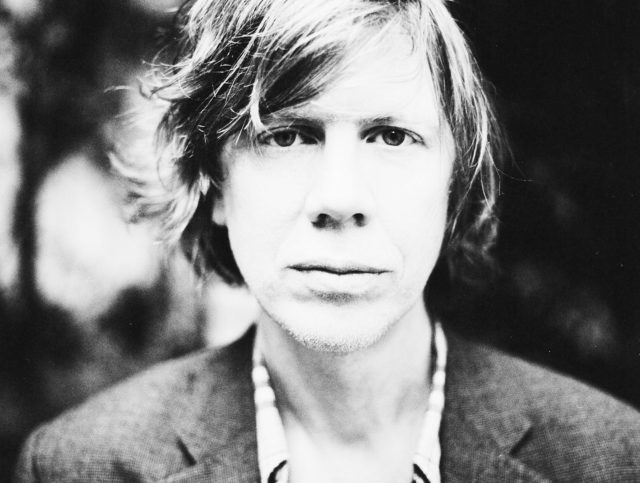 Thurston Moore is probably most notably known as the vocalist, guitarist and founder of Sonic Youth. Sonic Youth is one of the great cult bands of all time. Since Sonic Youth, Thurston Moore has done a lot of solo improvising as a musician. He was in town scoring the movie “Street” at the Oriental Theatre last Friday. Before that screening, we sat down and had a conversation.

Justin Barney: So what are you listening to right now?

Thurston Moore: I recently was putting out a record with my partner in London. I used to put out records quite a bit in the ’80s and ’90s and I cooled off for a while because it costs money to put records out, and I moved from the USA to the UK for the last seven years. I was more focused on doing music with musicians there, and to have a record label was something I didn’t have the time or coin for.

We saw a band called Big Joanie, these three British African girls. Amazing punk rock. They were opening for The Ex, the anarcho-punk band, and they were just so cool. We went to the merch table and said, “Can we buy your cassette or your CD or whatever? Oh no, we don’t have anything, We did record something but nobody will put it out.” So my girlfriend was like, “We’re gonna put it out.” I was like, “No, no, no, no, no, no, no,” even though I really loved it. Then, I was like, “No, this is good. This is the time to do it again.”

We put this record out and it got a lot of love. They’ve been playing a lot, they just supported Bikini Kill’s reunion gigs in London. That was really fun to put out, and it’s a great record. It’s a little self serving of me to talk about something that I put out, but that’s the record I’ve been listening to a lot lately.

Justin Barney: What do they do that captures your interest?

Thurston Moore: They are one of those bands that started on day one and wrote songs on day two, and then started playing live on day three.

You can never be that good, as when you are just beginning. You’re just touching your instruments and making these sounds. It’s so primal. There’s such an essence there that you can never do again, because you become — supposedly you become better at what you’re doing. I mean “better” in quotations. Sonic Youth is like that. You listen to the first things we did, and it’s like, “God, that was really cool.” We could never do that again because we became more sophisticated in what we were doing. You can try to copy it, but it’s always going to be different. You really are only new once, even though you can try to keep renewing and refreshing. You’re only really new that one time.