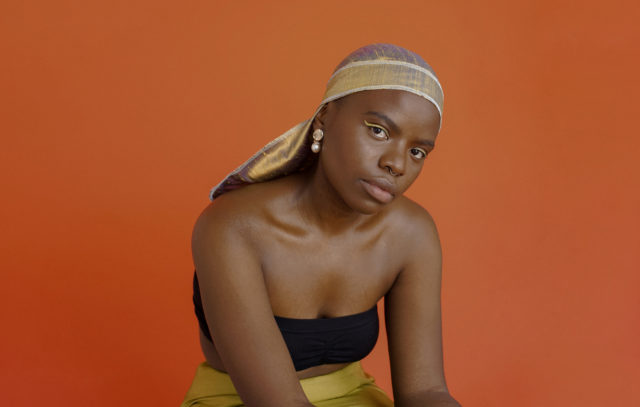 Vagabon is the alias Laetitia Tamko. Laetitia grew up in Cameroon and then her parents moved to New York City. In 2017 she released this great album called “Infinite Worlds” and in 2019 she released “Vagabon.” We’ve been playing the great song “Water Me Down” and I’m so glad to have her on the show. My guest today is Vagabon.

Laetitia, what is the last song that you couldn’t stop listening to

Okay, the last song I couldn’t stop listening to is a song called “Crying” by Roy Orbison.

Do you know this song?

I know nothing about Roy, this artist, at all. Like this is the only song I’ve heard.

I heard it maybe a week ago and I just keep playing it over and over again. And it’s so grand. It seems like it has a time which it exists in but you can kind of take the production of this song and how grand these horns and little flute like things are, and you can kind of take that into any era, and it sounds great. And just the subject line is so dramatic, and I love melodramatic lyrics. It just is a lot, and I love it. I’m obsessed with it. I don’t really listen to that much music that sounds like it. But as soon as a friend played it for me- a friend actually played it in relation to a demo of a new song that I played for this same friend. And he was like “Do you know what this would sound great as? You should listen to this song as a reference” and I’ve just been listening to it constantly.

Grand is such a great way to describe that song, because I love that too. I have to tell you a little story about that song. One, Roy Orbison is one of my favorite people to do for karaoke, because he starts in such an easy range and then he goes up. But I went to Cleveland, Ohio on spring break one time, and we were looking for a place to go. And we were looking for a dive bar, and we found a dive bar and there was this old man who has white hair. And he’s in the back of this bar, singing karaoke. And nobody was paying attention to him and he was singing “Crying” by Roy Orbison.

And he said “I was thinking about hanging it up.”

Wow! I bet you made his evening.

Oh god. This is the effect of Roy Orbison! I’m obsessed with it. You know, the lyrics are so gutting. “Crying over you, crying over you, you left me all alone.”

So melodramatic, with this grand production. It’s very big band style. I listen to that song and I am imagining a live version because that’s what I do, and I am just imagining this big band. And it’s so exciting!

Yeah, and just hearing someone give it like that!