Whitney’s Max Kakacek has been listening to the saddest Willie Nelson song, ‘Angel Flying Too Close to the Ground’

Whitney’s Max Kakacek has been listening to the saddest Willie Nelson song, ‘Angel Flying Too Close to the Ground’ 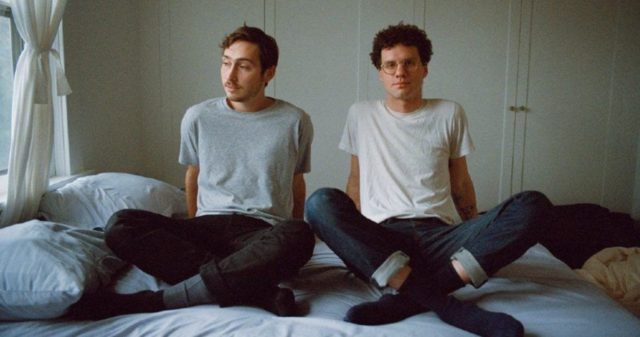 My guest today is the band Whitney. Whitney is a band from Chicago. They are made up of two members, Julien Ehrlich and Max Kakacek. In 2016 they released a classic, “Light Upon the Lake,” and this year they released their sophomore album “Forever Turned Around.” Whitney just makes the most pleasant sounding music of bands that are making music right now. On Friday night they will be in Milwaukee at Turner Hall Ballroom. My guest today is Max Kakacek, from the band Whitney.

Max, what is one song that you can’t stop listening to?

Weirdly enough, right now it’s a Willie Nelson song. It’s called “Angel Flying Too Close to the Ground.” It’s a super sad song about being OK with letting someone go. About being close to someone for a very short but intense period of time, and being okay with their departure.

I think it’s written from a romantic standpoint, but it could also be taken from a death standpoint, which is something that we explored in our music. The bounds of losing someone whether it’s together in a relationship, or death, or a friendship that’s ending, that song really touches all of those bases.

I haven’t looked up all the credits, but I’m pretty sure there’s a minute long acoustic guitar solo that sounds like he just smoked the most weed a human has ever smoked. He just plays one note over and over again for a minute. It’s just so perfect.