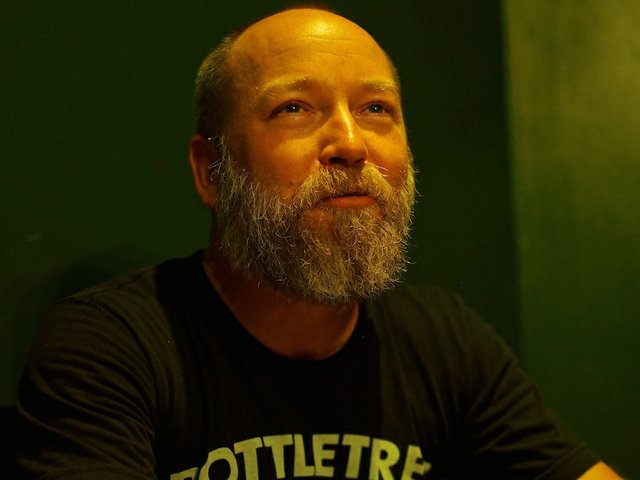 With all proceeds benefiting Islands of Brilliance, a non-profit, mentor/mentee organization creating spaces for students to explore creativity through the use of technology during which they learn technical skills; it’s easy to get behind the idea of supporting a show like Colors & Chords.

Colors & Chords is a one of a kind event that celebrates music and art by pairing bands with prominent local artists onstage for a 30-minute set. Merging musical craftsmanship with each artist’s interpretation of the music. Multiple participatory art, music, and technology installations are staged in the balcony, inviting audience members to engage in imaginative exploration throughout the evening.

Funny thing about getting older is that all the stuff that was once current, hip and trendy becomes nostalgia over the years. I get nostalgic over all kinds of things, from cereals to cartoons to movies and above all music. So when I seen a band from the 90’s coming to town in 2019, I’m curious. The Dru Hill show this Friday looks like a 90’s R&B convention with all kinds of jam-makers in the mix.

Midwestern emo legends Giants Chair are back in Milwaukee this weekend for their first show here since the 90s. Giants Chair was instrumental in creating the type of midwestern post hardcore/emo sound that bands like Traindodge, Riddle of Steel, The Life and Times, and Shiner have and continue to play. If you remember them from their original seven year run, then you might already have tickets. But don’t sleep on Milwaukee’s Devil’s Teeth either — their sound is surf rock with post-punk undertones and cinematic flair. I don’t know the band Panic on Panic, but you might as well check them out too since you’re going…amiright?

Part balladeer and part bluesman, Jack Klatt is a dedicated songwriter and finger-style guitarist based in Minneapolis, MN. His sound pulls from a wide range of American music. From Rhythm and Blues and early Rock N’ Roll, to country and folk music, Jack brings his own voice to all of his songs. In the words of Americana Roots UK, “Jack doesn’t rely on other writers for his diversity, he can write in pretty much any musical style of his choosing.”

He’s won recognition from the MN state arts board, recorded alongside “Spider” John Koerner, and made it onto Daytrotter’s list of best songs in 2014. His 2016 release “Shadows in the Sunset” has been praised as “an eminently satisfying, slow rolling, Country/Blues album” by No Depression and made it onto Saving Country Music’s list of 2016 essential albums.

Jack Klatt comes to Milwaukee this Saturday at The Back Room.

You might know comedian Kyle Kinane from his appearances on “Drunk History,” “@Midnight,” “The Tonight Show with Jimmy Fallon,” “Conan,” “Workaholics,” “This Is Not Happening,” “Not Safe with Nikki Glaser” and “Comedy Bang! Bang!” Maybe you saw him on Season 2 of Netflix’s “The Standups.”  His press makes several claims I can neither support nor deny; that he’s invented science. He has ESP. He let someone else write most of his bio. He can swim backwards.

I do know he listens to pop bangers in his car, has released three Comedy Central specials; “Kyle Kinane: Loose in Chicago,” “I Liked His Old Stuff Better” and “Whiskey Icarus.” I should note that in his bio he also farts; yeah, probs. Find out for yourself this Sunday at Turner Hall Ballroom.