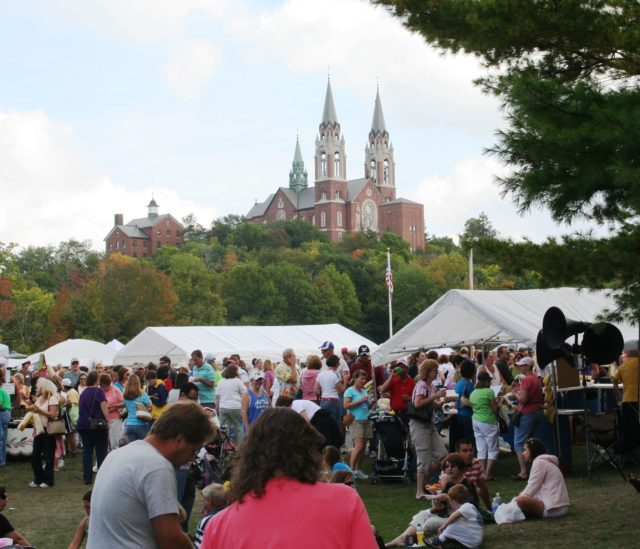 Amid all the changes since their 2010 debut, Twin Peaks have become one of Chicago’s most essential rock bands. With their fourth album “Lookout Low,” the sonic and creative leap the five-piece takes feels tangible. The 10-track effort was recorded and cut live over three weeks in Wales with legendary producer Ethan Johns, who has worked with legends like Paul McCartney and CS&N. Although it’s hard to match the magic of a live show in a recording, Twin Peaks seem to have done just that. Catch that magic tonight at Turner and get your weekend started right.

In what has become an annual rite of passage from summer to autumn, we’re back with the Fall Ball this Friday at our Walker’s Point home. Now in its seventh year, the Fall Ball rocks a familiar-yet-fun blueprint for one of our signature shindigs. A rooftop party as the sun sets segues to our session space for live band karaoke before the evening turns up for a DJ-ed dance battle with an ’80s vs. ’90s theme. The simplicity of it all belies exactly how much fun it is; I really think they’ve all been a blast. Peppered with food and drink options, all the ingredients are there except for perhaps one—you! Get tickets at radiomilwaukee/fallball.

If you check this blog regularly, you’ve probably heard me profess my love for a good street party — and the city has plenty of them. This weekend has one of my absolute favorites, Bay View Bash. As street fests go, this one feels like it stretches on for a mile (it doesn’t actually, but still!) and it seems like all of Bay View turns out for it as well as pulling in people from all over the city. There really is nothing like the spectacle of people partying, it’s like a post modern Hieronymous Bosch triptych of people on the move, partying, eating and making music on the street’s many stages. With too many great bands and DJs to mention here in full, I’d still recommend going to see artists like Yum Yum Cult, Telethon, Immortal Girlfriend, Flat Teeth, Fox Face and CENTAVRVS. CENTAVRVS in particular, who’ll do the headlining set at Rush-Mor Records North Stage at 9:15 p.m., are out of Mexico and have a phenomenal sound built from equal parts cumbia, rock and dub and even that description doesn’t seem to capture their great vibe. See you there.

How, for the 30-plus years I’ve lived in SE Wisconsin have I never heard of a thing that’s been going on for longer than I’ve lived? I guess I gotta blame myself. Held on the holy crap this is really beautiful grounds of the historic Holy Hill Basilica, the fair features hundreds of artists and crafters offering pottery, paintings, woodcarving, textiles, metalwork, jewelry, stained glass, photography, sculpture, mixed media and much more.

Imagine a picturesque autumn stroll winding through wooded landscapes while watching the works of truly talented artists and crafters. Plus, there’s also live entertainment, refreshments, door prizes and a silent auction. Maybe I’m just getting old enough to appreciate something like this that it has finally shown me its magic window into a different Wisconsin world…

Even though I recommended Bavarian Brewhaus’ Oktoberfest just last week, I’m going to go on ahead and suggest this one as well. Of course, there’s the beer, which is going to be flowing in abundant abundance, but looking the other plans on tap, it’s clear Milwaukee Brewing Company’s first Oktoberfest has more than that on tap. Special beer tappings, stein holding competitions, dancers, all you can drink specials and live music aplenty. A spectacle worthy of any Oktoberfest from Munich to Munster to Milwaukee.

Winter is coming... just not this weekend.