When you think of great use of samples in contemporary music, many names come to mind.  But Luscious Jackson is not the first on my list.

All the more reason I am excited to present today's Seven O' Clock Sample.  In 1993, the ladies of Luscious Jackson released their debut EP on the Beastie Boys label GRAND ROYAL. 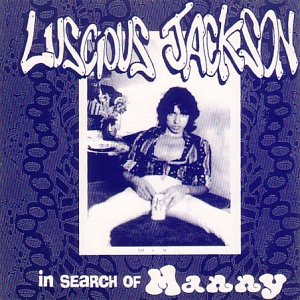 The Beasties had worked with members of LJ on the Pollywog Stew EP and they toured together in the early 90s.  It's no surprise that the Hip Hop / Punk crossover scene that created the Beastie Boys, would create an all female Alternative Rock group that uses samplers and rap in their songs.

The first track on this album uses a number of samples, see if you can spot Dr. John in the mix.

In 1973, the good Doctor released one of his most well known tracks; RIGHT PLACE WRONG TIME. ( take a listen to the break at about 0:10 )