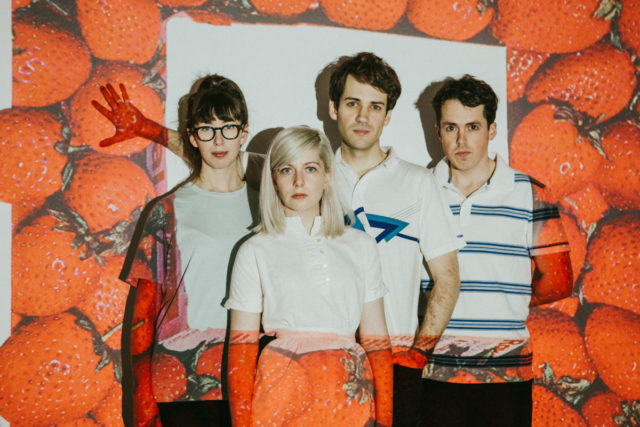 Rankin talks about the creation of her new album, "Antisocialites"

Molly Rankin, vocalist of Alvvays, describes becoming an introvert and the creation of her latest album, “Antisocialites.”

Alvvays will be playing in Milwaukee on March 24th.

What was the first song you wrote on the album?

I think the first song that we had was probably, “Your Type.” It was probably the hardest song for us to record, because we’d been playing it for so long, and had our ideas really set in stone before we went in to record it.

I think you can be kind can be close minded about things that you feel are already finished. So we had to go back to the drawing board on that one a little bit.

What about the last song?

Well I’d say the last song I wrote for the record was probably in August of last year.

The song was “Already Gone.” It’s sort of like a slow ballad with some Velvet Underground kind of droning violin going on. It’s about someone dying from a tree branch.

What was going on in your life when you wrote “In Undertow”?

I was wobbling along a shore picking up stained glass, which is just something I really love. I have many glass bottles of it in my apartment of all different colors and I kind of just came up with the melody. I was trying to synthesize something between Dolly Mixture and Teenage Fanclub and it ended up sounding like Alvvays.

One of my favorite songs from the album is “Lollypop (Ode to Jim”), who’s Jim?

Jim is Jim Reid, from The Jesus & Mary Chain. We played a few shows with them in Australia not that long ago. I got to sing “Just like Honey” with him, or behind him, in the fog. I’m pretty sure I came in flat both times but I still feel good about it.

The new album is, “Antisocialites.” Are you antisocial by nature or by nurture?

That’s what I like to be. It’s not always possible, so I try to nurture myself into that atmosphere. I’m an introvert, but I also am a frontwoman so what we have is an introverted frontwoman. I’m always trying to move around on stage when I don’t necessarily feel like it, and it just kind of looks like I’m moping around, but really what you’re watching is me trying my absolute hardest to be enthusiastic about things.

I think a lot of people that are in music and arts are introverted, and I guess you can cross a force field in performance. I’m not exactly sure if I do that, but people have different moods too. Sometimes you feel like being around people, sometimes you don’t.

I think maybe sometimes if you’re introverted you’re spending a lot of time alone, and that’s a good atmosphere to create things. Then you just wind up on a stage somehow. 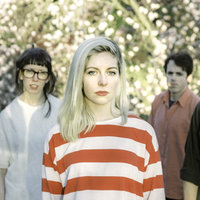 What part of making music and then performing it, do you enjoy the most?

I really do like writing songs, working them up, and playing shows. That’s the most gratifying part of being in a band for me.

Getting something back from people is a great feeling. If some people know the words, or there’s some lateral movement, or anything to know they’re alive.

I think also if you write a song you kind of have this light bulb moment and things sometimes if you’re lucky everything can fall into place. It’s a pretty electric feeling.

Legend has it that you carried around a PA system in a wheel barrow on an island for this record, is that true?

That is something that happened. I think it was some sort of makeshift trolley. It was not as adorable as it sounds. It was actually quite a struggle to get everything onto it, onto a ferry, down a road, and then into a classroom. I’m glad that we got it onto the ferry, I think it was really important to be able to hear things the way I like to hear them. I’m not great at just writing on an acoustic guitar, I like to have all my little effects and pedals. I like to have things the way I want them, I’m kind of picky like that. It’s easier to be creative when things sound the way you want them to sound.

So the classroom was a studio?

It’s a big open space, really. There’s a bed, a kitchen, a washroom, a chalkboard, and then it’s right off of the shore. You can do whatever you want in it, so there’s a huge drafting table where you can paint or draw or sew. I just kind of moved that off to the side and put the synths, mixing board, my pedals, and everything on there. I set up a mic and a big speaker and went from there.