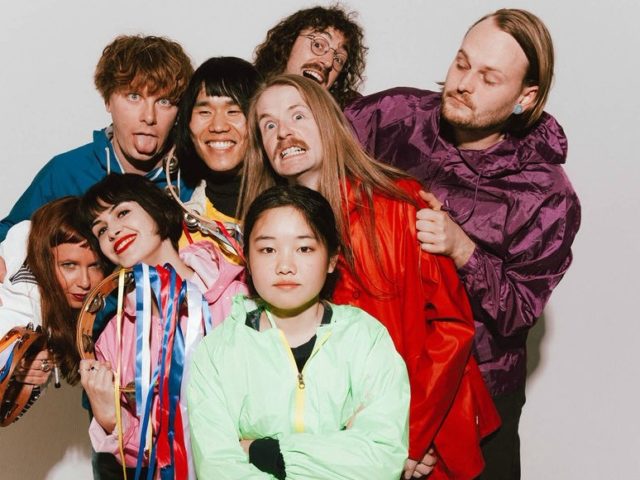 Listen to the interview or read below

Justin Barney: Could you tell me a little bit about how the band formed?

Orono Noguchi: Yeah, so, a couple of the guys in the band were in another project. I found their music through YouTube recommendations, and they did a tour in Japan in 2015, I was going to school in Maine at the time, and I was back home in Japan for the summer. I went to one of their gigs, and we became friends. We went to the Hard Rock Café, and we’ve been Facebook friends ever since. Like, you know, sharing memes and all that.

Orono Noguchi: It just popped up, they were a band called “The Eversons”, and it just showed up.

Justin Barney: Oh, that’s crazy. What were you doing in Maine?

Justin Barney: So your home is Japan but you were going to high school in Maine?

Orono Noguchi: Yes, I mean, I graduated in June, but yeah. 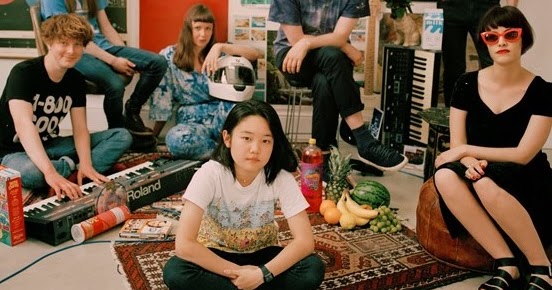 Orono Noguchi: It stands for whatever you want it to stand for. It could be anything.

We actually saw some comments on YouTube or Reddit or whatever. Some people thought it’s not M.I.N.D, but it sounds like “Am I empty?”, so we were like “oh that’s cool”. We like to keep it pretty open-ended so people can interpret songs and art stuff in their own special ways.

Justin Barney: That’s cool. How do you work together with them?

Orono Noguchi: It usually starts with us listening to music and talking about music, art, and all kinds of stuff in the kitchen.

Then, one of us would come up with a very basic idea for a song. We’d then send the file back and forth among the group and add on some random ideas that we have. We’d keep working on it until we have a final product.

Justin Barney: Are you involved in any of the production?

Orono Noguchi: Yeah, I come up with ideas for it, but I’m not as skilled at it as they are.

Justin Barney: Right on. So, I would imagine you’re going to school in Maine, you come home, and then you’re officially on tour right now. That’s got to be such a big decision to just graduate and be like “I’m going to go on tour with this band”.

Orono Noguchi: Yeah it was a pretty big decision.

Ever since I was little I had two big goals. One of them was to be a musician or an artist of some sort, and the other was to go to college in The States. That’s why I made the decision to go to Maine by myself when I was fourteen.

So, yeah, it was a really big decision but you don’t get to decide when opportunities come. So I’ll do this, and I can go to college any time I want.

Justin Barney: Could you describe your vocal delivery?

Orono Noguchi: Yeah, kind of like that lazy 90’s kind of thing. People would ask me about my vocal style and people compare it to that girl, Kimya Dawson, and stuff like that. But I more as I’m ripping off what Stephen Malkmus sings like.

When we were working on the album I was listening to a lot of “Pavement”. I was just like “I’m going to sing like Stephen Malkmus. It doesn’t really sound like Steven Malkmus but that’s what I think in my head.