You should know Anna Burch

You should know Anna Burch 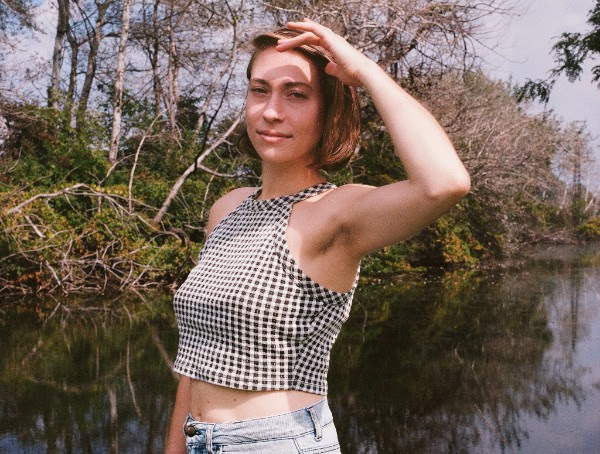 1. You’ve been involved in a few different projects, is this the first release as a solo artist under your own name?

'My life had been missing something special without music.'

Anna Burch feels songwriting came a little late for her, but this solo debut from the previously backing band member shows a lifetime of experience behind the scenes, ready to breakout. We talked to Burch on the phone in the midst of touring and press gigs about her new found role of front-woman, giving up music and then diving back in head first.

“Quit the Curse” by Anna Burch is out now on Polyvinyl Records. Pick up a digital or physical copy here.

I’ve been in other bands, but this is the first time I’m performing my own music. It’s a little more stressful, but mostly a lot more fun and gratifying. Being in other bands, you can kind of check out when you feel like it. It was time and it feels good.

Once it started, I just became really motivated. I was living in Chicago, I had quit music for awhile. I decided to re-join Frontier Ruckus, a band I was in, after four years of being away. Around that time, I was excited about getting back into music and I was friends with this guy in Chicago, who goes by the name Paul Cherry. He and I became really good friends and one day we were hanging out and bored. He asked if I had any songs we could work on. I had one song I had written years prior. We just worked out an arrangement and did a little bedroom demo. It was super fun and cool seeing a song I wasn’t particularly proud of, (other than, “I wrote a song!”) turn into something more.

I moved to Detroit to be closer to Frontier Ruckus. Paul invited me back to visit and record an EP. He said, “Write more songs!” I started writing soon after moving to Detroit. I would drive back and forth and we worked out some demos. It became more and more serious as we worked it out. I started playing with a band in Detroit about a year ago. The record just got finished in June, signed to Polyvinyl and here we are.

2. What was the music scene like where you came up? I know you moved to Detroit to re-join Frontier Ruckus, but what was Chicago like?

It’s funny because I really was not involved in the music scene when I was in Chicago. I was going there for grad school. I was in Frontier Ruckus in college and a little bit afterwards. We toured a bunch and I just couldn’t really hack the tour life. I was just really young and wanted to try something else. So, I quit and went to grad school a couple years after that.

When I decided to re-join Frontier Ruckus, we had started talking again and they asked me to come up on stage and sing a few songs in Chicago. It was fun and sentimental and it felt really nice. My life had been missing that special thing without music. I wasn’t particularly happy where I was, so I said, “Yeah, I wanna come back!” 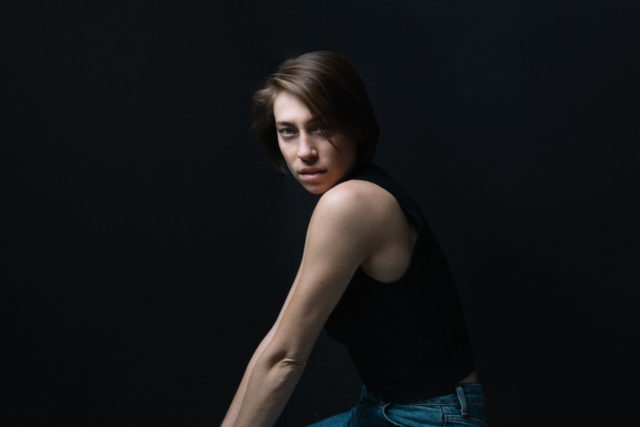 3. How is you music changing, now that you’ve set this mark for your solo work and you’re starting to play it out live. Is there anything you want to change the next time you’re in the studio?

For sure, I’m not too far into arranging the next record. I’ve got some songs written, but they’re all a little underdeveloped. My hope for the next time around in the studio would be to do things a little more organically, a little more live.

When I was recording in Chicago with my friends, we did a lot of home recording style stuff. You think it would be more D.I.Y. that way, but you end up doing more and more overdubs. I did so many vocal takes, it was insane. I spent hours and hours doing vocals and it stops being fun. I think the next time I record, I want to be playing more in the band and not stressing about getting the perfect vocal take. I want it to breath a little more and have a little more dynamicism.

These songs, for better or worse, are rock songs. There isn’t a lot of dynamic flow. I think “Belle Isle” is a different vibe, but other than that… I’d like to have a little more tension and build up.

I had kind of given up the idea of having my own creative musical project. Just something that kind of clicked at a specific moment – an energy, a sense of urgency about it, it all kind of came within a nine month period when I wrote those songs. It feels like a very particular moment in time.

4. It must have taken a lot of confidence to transition from being a side musician to the front person.

It feels a little psychotic. The self-promotion aspect gets a little obnoxious. It’s cool because I have a lot of control, I’m not trying to contribute to a dynamic that I may or may not fully endorse. It’s cool to have that kind of control—that sense of accomplishment that comes from being proud of yourself, I guess, even though that sounds lame.

I don’t know what clicked; it was just a combination of things at the right time. I’m just glad it happened at all. There are so many ways things could have gone wrong.

5. How would you introduce your record to people who haven’t heard it yet?

You mean my elevator pitch for the record? I guess I would just say it’s a record I’m pretty proud of. I kind of came to songwriting a little late. I didn’t really start writing until my late 20’s. I had kind of given up the idea of having my own creative musical project. Just something that kind of clicked at a specific moment – an energy, a sense of urgency about it, it all kind of came within a nine month period when I wrote those songs. It feels like a very particular moment in time.

Things have come together in a way I couldn’t’ have anticipated. A lot of that is due to friends who have invested time and energy to it and believed in if enough to help it along.

Watch the video for “Tea Soaked Letter” by Anna Burch, below.