Graham Hunt goes ‘solo’ with a cast of Milwaukee friends

Graham Hunt goes ‘solo’ with a cast of Milwaukee friends 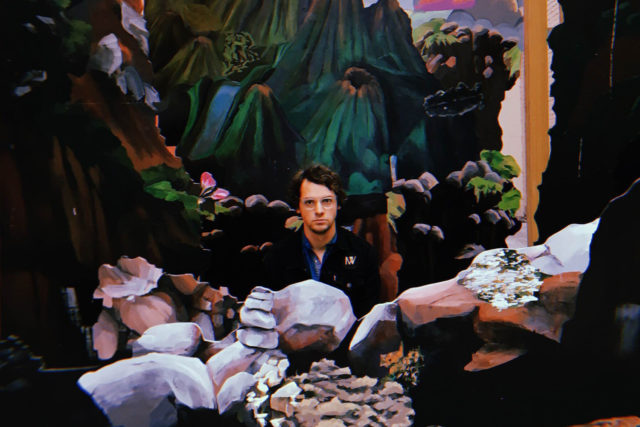 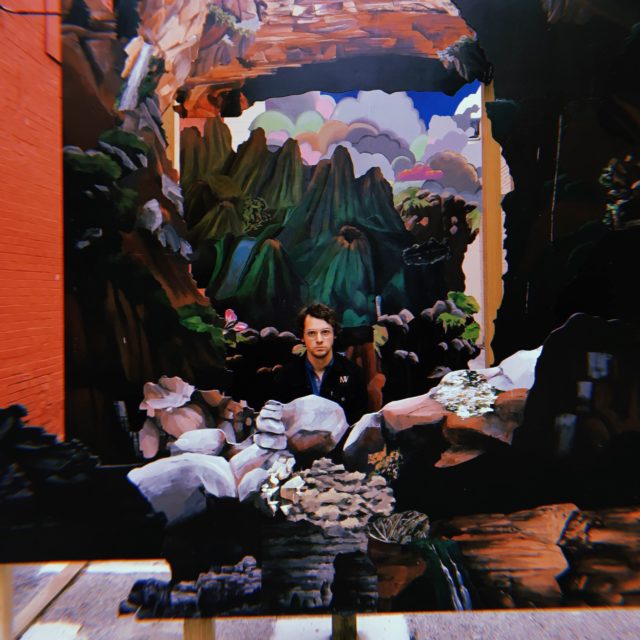 When did you move from Milwaukee to Chicago?

It was in June.

Is the title of your album “Leaving Silver City” in reference to the studio you helped open, Silver City Studio?

I made the album there, the last six months of me being in Milwaukee. I was less interested in recording other people and more interested in experimenting and working on my own stuff. I finished the record and then I left. I feel like it’s kind of a catchy title, too. I don’t want it to be misconstrued as me throwing shade or anything.

What was your impetus for moving to Chicago?

Chicago was never my destination. A good friend of mine lived here for four years now and had a room open that he needed to fill in his apartment and he asked me. We had talked about it at bars and stuff when he was in town, drunk talk. I had wanted to get out of Milwaukee for a long time. Not because I have anything against it, but I haven’t lived anywhere else and I had been feeling stagnant for long time. It seemed like an easy and low-risk way to do that. I was feeling if I didn’t move somewhere soon, I just never would. Even if I don’t stay here, which, right now it feels like I’m not going to. It at least got my confidence up. Now I’ve done this before, so now I can move anywhere that I want.

A conversation with the frontman of Midnight Reruns

You have probably heard Milwaukee band Midnight Reruns on 88Nine, but they’ve been quiet as of late. Singer/guitarist Graham Hunt is still writing and recording and we caught up with him about moving from Milwaukee to Chicago and the release of his first solo album, fittingly titled “Leaving Silver City.”

Midnight Reruns was an all for one, one for all type thing. We all had the same goal, we’re all going to just do this as much as we can

All of the guest artists on this album are from Milwaukee friends, so it sounds like you’re saying goodbye to the city…

That’s kind of true. A lot of the sessions I did were around the time I made the decision. That wasn’t really intentional, but it’s nice it ended up being that way. I was thinking I was going to record a lot of it myself. I started trying to do that and after some drum takes, I brought in Sam [Reitman] and Justin Krol and I would listen to their drum takes and say “that’s so much better. Okay, I’ll make this more of a collaborative thing and bring in friends.” I sent out a big email with a lot of people attached with rough cuts and said, “Any people want to do anything with any of this?” I had a bunch of friends come in and do what they wanted.

What do you think of the Chicago music community compared to Milwaukee? Or are you still getting your feet wet?

I don’t feel like I’ve really broken in yet. There’s definitely a lot of good bands here. It’s probably similar to Milwaukee in the way that you gotta know people and you gotta make friends, go out to bars and meet people. I feel like it took a few years of doing that in Milwaukee before I was ingrained and people would ask me to play shows and I could collaborate with other people… and that was my hometown.

The more I think about that, it’s going to take even longer here to do that. Lots of people are in bands, lots of people are in good bands. But it’s like anywhere else, you gotta really hustle to be noticed. I’m realizing I might be past the age where I really give a shit about that anymore. Meeting people and networking and all that. I’m never going to stop making music, but I’m just realizing that’s not the person I am. Making the extra effort to go out, meet people, see bands, getting involved in the music community. I think all that stuff is good but I don’t know if I have the personality to put myself out there like that.

Is this your first solo album? Did it happen out of necessity?

Yeah, I mean Midnight Reruns weren’t doing anything and songs just pile up. This probably would have been the songs for the next Reruns album if we stayed active.

Is there a Midnight Reruns future?

We’re not broken up. I promised Sam we would never say we’re broken up unless we’ve decided, which we have not. Brady lives here now, in Rogers Park which is really far away, but we jam.

Midnight Reruns was an all for one, one for all type thing. We all had the same goal. We’re all going to just do this as much as we can and maybe try to make some semblance of a career out of it. There were a couple years when we were trying to do this band “for real” and try as hard as we can. I’m still not sure if that’s the person I want to be anymore. I’m discovering other aspects about myself and the world. Playing music, performing, writing and recording… I want that in my life. But I do think I want to be more of a multi-faceted person.

That’s the long complicated answer to say I don’t have any tours or hard plans for the release or promotional stuff. I’m going to visit my dad in Helsinki in June and I’m going to try to play a couple shows there. I met some people when I was there last time. I have friends in New York, this summer I’d like to play some shows out there with them. It’s all pretty loose right now.

You can order the cassette or digital download of Graham Hunt’s “Leaving Silver City” here.

Listen to the track “Every Person” below: