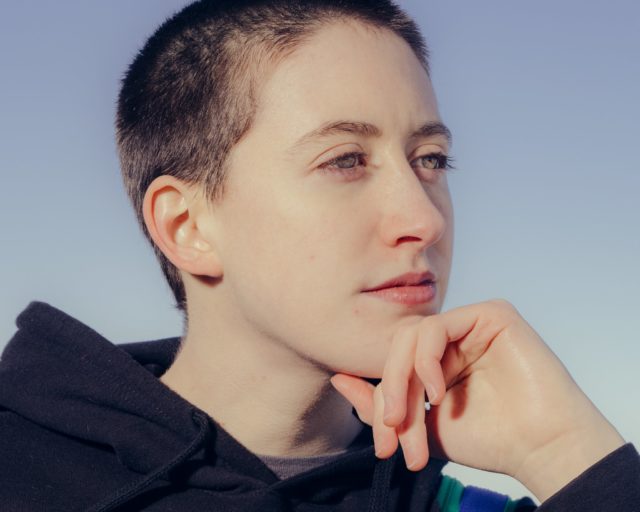 She says she called Frankie Cosmos’ new album “Vessel” because it has a lot of meanings all at once.

“After I wrote the song ‘Vessel,’ I knew that was the title track,” Kline says. “The word vessel represents emptiness, fullness, putting something in, or taking something out. There’s so many things that it can be applied to. I think a lot of that stuff shows up throughout the album.”

She is refreshingly real and relatable, which shows in her lyrics and in the band’s growing popularity.

Greta Kline by Caroline Tompkins for The New York Times

But, rather than call them fans, she thinks of her listeners as her friends.

“There’s this reward of sharing [my songs] and having people actually react positively and get to make some friends out of it. I have these friends all over the world that I get to go play shows for, it’s cool.”

She’s looking forward to touring, even though it can be hard on her.

"I just wrote to him on Instagram like, 'Listen Goose, I’m going to make you a star.'”

I had a conversation with Greta Kline of Frankie Cosmos about their new album, “Vessel,” which was released last week.

On “Vessel,” New York native, songwriter and composer Greta Kline has shared a bounty of her innermost thoughts and experiences from the past six years through the almost inconceivable total number of songs she has released since 2011.

The album’s unique sensibility, esoteric narratives, and reveling energy, allow it to exist as just another distinctive chapter in Kline’s ongoing musical auto-biography. Through “Vessel,” Kline provides the listener with a spectrum of disparate anecdotes, observations, and affirmations and then tasks them with arranging the pieces in a way that they can make their own sense of.

I have these friends all over the world that I get to go play shows for.

“When you’re trying to figure out how to be a person and live everyday as a 23-year-old, I’m just like ‘Ok, how do I exercise, eat well, get enough sleep, be a good friend and get everything I want to do done every day?’ It’s hard enough to do that, but then to have eight months out of the year when you’re not home, it makes it a little harder.”

For Klein, touring is not the glamorous thing that it’s often made out to be.

“You don’t have any time alone. You can’t write, you can’t read and you have to really carve out the time to exercise or do any kind of self-care. You often don’t eat three meals, and you’re not getting a lot of sleep. It can be a lot on the psyche.”

Even though most of us that can’t relate to traveling the country playing music, the way she describes touring is honest and human.

But, instead of a more humanistic image, “Vessel” is the second release that Frankie Cosmos has chosen a dog to represent their music in its album artwork. 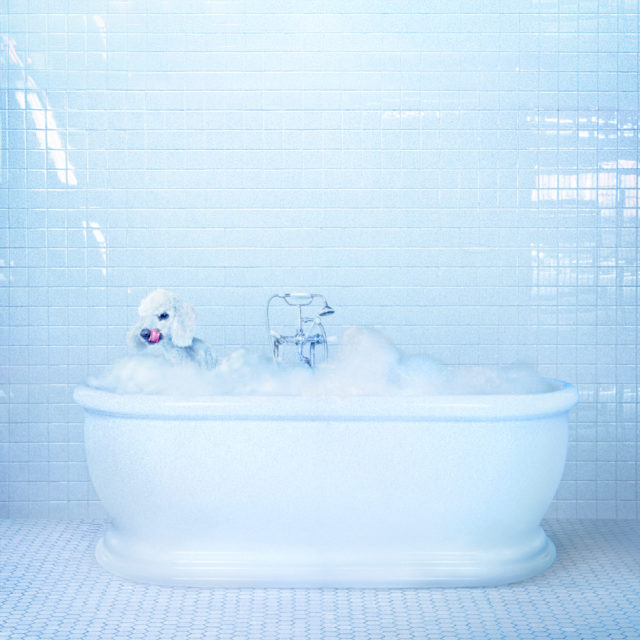 “That is a dog named Goose that I found on Instagram,” Kline says. “I basically had this image for the album art and I needed to make it come true. Originally we were just going to go with a standard poodle, and I was searching Instagram with the standard poodle hashtag and I found Goose. Goose isn’t even a full poodle, he’s half poodle and half Bedlington terrier, which is my favorite kind of dog. I just wrote to him on Instagram like, ‘Listen Goose, I’m going to make you a star.’”

You can see Frankie Cosmos on May 7 in Chicago at Lincoln Hall. And, find out what song Greta Kline can’t stop listing to here.