Where is IshDARR living these days? Everywhere. But he still loves coming home to Milwaukee.

Where is IshDARR living these days? Everywhere. But he still loves coming home to Milwaukee. 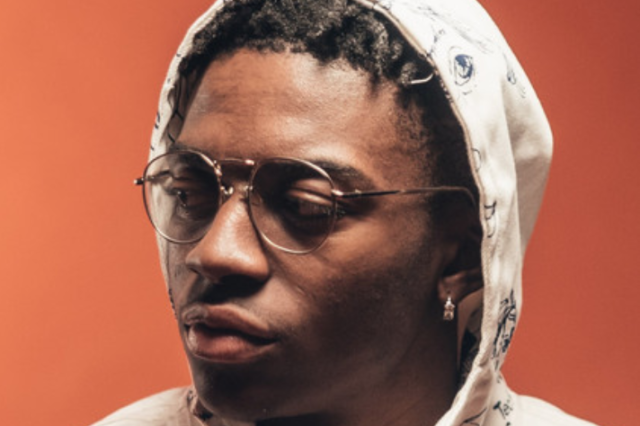 So, you’re back in Milwaukee. I want to talk about how you first got into making music here and what was the process that allowed you to make music here?

So, firstly making music in Milwaukee for me as far as the process goes… it really was just a hobby. It started as just a hobby. I would write everyday after school. But at the same time, I went to Messmer High School. We had a theater and above the theater was a studio. A music studio in there that a lot of the kids really didn’t know about, but the music teacher knew about it.

The music teacher’s name was G. Flattery. G Flat, that’s like my mentor I would say as far as starting in the Mil. He gave us like, the space to be able to do it. And this is something like, the school wasn’t announcing that they had a studio or anything. It was kind of just like if you knew, you knew.

G Flat, he let us know like, “You know the school is opening a studio. This is the equipment that we have now. If you all want to go in there and kind of set it up.” We were like, “Alright.” So, we all went in there. This was me, Boodah was there and a few other friends in the Milwaukee area. We would just go in there after school and that would be our recording space. We’d record music there for an hour, two hours after school everyday.

From that, that was how I began to be able to make music here starting in high school. From then on, that’s how I met my engineer at the time. It was my guy from high school. He was an engineer and he learned it while in high school. No college experience, but just YouTube and really just learning some dos and don’ts.

It was high quality though. It was quality enough to touch people and for people to take it serious. So, we kind of went full throttle with that and as far as moving forward…Once we were out of high school, he did open a studio and so it was already love, because we were coming fresh out of high school making music.

Now, he’s got a real studio and everybody else kind of went off to college. It worked for who it worked for. I just restocked really the same resources from high school to kind of find a home base, once I wanted to take it full on.

That has really taken off for you. How did that happen?

Starting with my guy Mag in high school. We were really just learning the ropes with music, but he was making sure the studio was taken care of, engineering and just really any and everything else that could be able to be taken care of was. Once we really took that serious it was just move after move and email after email.

IshDARR talks 'White Boy Rick,' Milwaukee Bucks and what he misses about home

Ishmael Ali, better known as IshDARR, is Milwaukee-born and raised, but he has gone worldwide. His songs on Spotify have millions of plays. He was recently in the movie “White Boy Rick,” with Matthew McConaughey. We’ve also been playing his newest song, “Slow Down” on 88Nine.

Before his early 2019 homecoming show at The Rave, I sat down with him to catch up on his music career, acting debut and where exactly he’s living these days.

Read our conversation below where IshDARR talks about how he got his start with the help of a lucky tweet, what it was like working with McConaughey and about his favorite parts about coming home to Milwaukee.

I’m everywhere. That’s the real goal of this is to be a universal man, everywhere. Travel as many places as I can. I’m never settling down. [...][But]I’m going to always miss home.

What was the first time where you were like, “Oh this is real, this is happening?”

First time, probably was when Chloë Moretz—she’s a Disney star, she did just a few Disney Channel movies—she tweeted out one of my songs, “Too Bad.” That next day it went to like, number one on the Hype Machine charts. It kinda just tracks records, as far as people tweeting about them and kind of just the relevance of them. She tweeted it and it got it to number one on the chart and from there…

How’d it get in front of her?

No clue at all. The internet.

The freakin internet. Yeah that’s the largest wonder to this world, to this day. And somehow she got it, she tweeted it. That’s all it took.

Wow. And then you’ve taken a couple steps into acting. I saw you and Boodah in the movies on the big screen in Milwaukee here. How did that happen?

So, that came from the music. Really from the music. Opportunities, kind of the same email thing. That was just a random, regular email from casting at the time. They were casting for “White Boy Rick” and I was assuming that cause it was a Midwest-based movie they were kind of looking in the Midwest. I’m really not sure, but I had an agent at the time and he sent it over. He sent it over and said, “I don’t know if this is something that you’re interested in, but it’s an acting gig.” I said, “Okay.” You know, I wanted it to be a tour at the time, but I wasn’t mad that it was an acting gig.

So, I looked into it. Once I really sat down and did my research about the story and who was going to be starring in it, we was kind of like, “Alright. All we can do is try it.” So we tried it.

I auditioned for that here in Milwaukee. Self-taped, sent that over. Then, two months I was out there in Universal Studios for a sit down reading.

That’s wild. Did you have any interactions with Matthew McConaughey?

Absolutely! Matthew McConaughey is the OG [laughs]. He knows it! Matthew is the OG now. You know we know each other on a face-to-face bases now, which is definitely very dope. Someone of that caliber in the acting world…for my first film. Being able to connect with Matthew like that…I was his son’s best friend in that movie, so I kind of was seeing Matthew everyday in the makeup trailer.

That’s funny. Is he as chill as he seems in real life?

He’s too chill. Like, you don’t know when he’s acting or when he’s regular talking, because it’s just McConaughey.

It was definitely a pleasure.

So, sometimes when you release something, we’ll be talking in the office and we’re like, “Where is Ish? Where is he living?”

Some people were like, “Oh, he’s in Canada.” And someone was like, “Oh no, he’s in Atlanta,” and uh…we don’t know. Could you clear the record?

Right, so to clear the record you know… I’m everywhere. That’s the real goal of this is to be a universal man, everywhere. Travel as many places as I can. I’m never settling down. Right now, I am based in between Milwaukee and Atlanta. I was out in Canada for a good six months, working on the project. So, I went out there with my main producer and cooked for just months really. Then, came back here once it was time to drop. So, Milwaukee, Atlanta, you know everywhere…LA, New York. You know, there’s work to be done.

What’s the best part about coming back to Milwaukee?

Best part would be… obviously you know, my family is here. Get to see Moms, Unc and all the fam. Other than that, just my friends really and just my people’s homes. Really the feel.

What’s one of your favorite places to go in the city, in Milwaukee?

One of my favorite places to go in Milwaukee would be…I’m going to say Oakland Gyros.

So, you’re playing The Rave. Have you been to shows at The Rave before?

You excited to play it?

I’m extremely excited to play. It’s going to be my second time playing there. First in like four years, which is crazy. Home is always the best shows. Before this was The Bucks last year. So, it’s kind of been a long time.

Are you watching The Bucks? Are you following?

I’m watching The Bucks. I’m following as much as I can. I know we are number one. Even though we haven’t been able to say that in too long.

The Bucks support me as much as they can, super heavy. So, I love the Bucks like, you just know I’ve got my trust in them. Every time I look up it’s a W.

[Read more: A roundup of the hip-hop songs that mention Giannis Antetokounmpo]