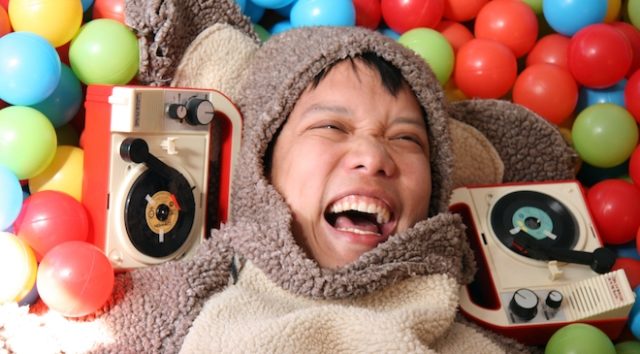 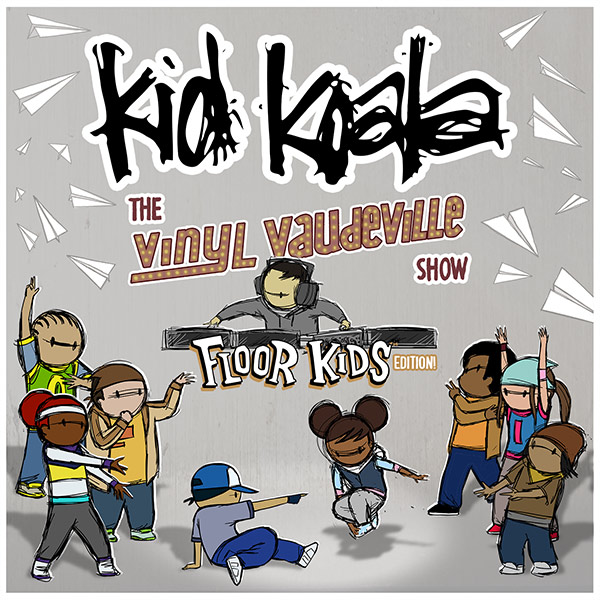 Vinyl Vaudeville is a show. Basically, I’ve been dubbing it the silliest show on earth, bred together with turntables.

So, I have three turntables up there. I have to be up there working, working, working. Sometimes it gets lonely being a DJ, I’ll just be perfectly straight up with you, traveling around the world, flying around by yourself. I met up with this crew, this dance crew called Adira Amram & the Experience in New York. I also met this great puppet team in Montreal. I guess the concept of Vinyl Vaudeville, like any vaudeville show, is that it’s a variety show, so everything is broken up into short acts. Each act is one track long, or even half a track long. I want it to be a very dynamic show, so that every song I’m playing on the set has its own aesthetic, choreography, costumes, puppet routine, or whatever it is we’re going to do to visually animate the spectacle for each track.

What I’m able to do with vaudeville, that I can’t do if I just DJ by myself, is create this kind of “fun house” vibe where I can jump from a track off “Carpel Tunnel Syndrome,” my first album, or do a piece from “12 Bit Blues,” or a piece from the forthcoming “Floor Kids” videogame soundtrack. It will still link together in a way that’s fun, smile-making and surprising.

The show will start strange and each track, or act, will progressively get crazier and crazier until the end where everyone will be like, “Where are we? But this is so much fun.” That’s really the point of Vinyl Vaudeville format.

There’s actual songs from every era of my repertoire, but also since we started doing this show, we just treat it like a show from a show-making perspective. There will be segues that act as pallet cleansers from track to track. We throw out the wildest ideas that we can.

What are some of the wild ideas?

We have rats playing ants, we have a pair of dancing penguins and sometimes we do kazoo battles if the audience has that musical prowess to rock on kazoos. Like the guy in Seattle, when we’ve done vaudeville there before, was so good that he actually brought the house down on a straight up kazoo solo. I was scratching behind him and it was amazing. It was pretty much the most lit kazoo performance of all time. Literally Cat was just rolling around on the stage like he was Hendrix or something.

We leave a lot of that x-factor of interacting with the crowd, like breaking the fourth wall. Bringing the party into the pit, or bringing people back up on stage or whatever it is. It’s supposed to be mayhem, but fun. 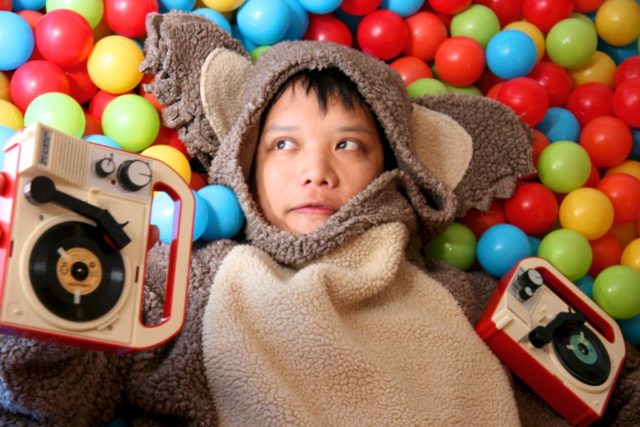 Yeah, and I think how that relates to just my whole ethos is that the reason I gravitated towards the turntable in the first place is because of the possibilities. To me, the instrument is a chameleon. I’ve played in rock bands, I’ve played in jazz bands, I’ve played with other electronic artists, or even singers on their ballad. I’ve tried to find a way for the turntable to tastefully support whatever the emotion or thing you tried to do in that song.

I like that the turntable can be silly, and can be used to make crazy cartoon sound effects. I also like that in can be very aggressive, propulsive, scary, and super funky and dance-y. It also can be very melodic and melancholy.

The idea of vaudeville is to run through the gambit of all those thing the turntable can do. All in a nice way where people don’t tune out. Hopefully by the end of the show people are like, “Wow, that was an adventure.”

My boss was a DJ in a hip-hop group for a long time and he’s going because of the technical aspect, he’s going to see you scratch. He wants to be standing behind you watching the thing. I love that, but I don’t scratch, so I want to go for this spectacle. I want to see this, but also be there for the scratching.

That’s true, maybe you’ll pick up some of the scratching part but also be like, “That 20-foot spider was insane.” It doesn’t matter to us what the takeaway from people is, as long as they had a little bit of fun at one point. We’re coming in with all of our silly arsenal, everything I could fit on this one tour bus, I’m bringing.

So even though we’re celebrating the release of the “Floor Kids” video game, and the soundtrack, we’re bringing arcade consoles. So I’m always telling everyone to show up early so you can battle your friends on the arcade consoles before the show even starts. But then once we get it going, it’s a party.