You Should Know: Adia Victoria

You Should Know: Adia Victoria

Since her network debut on The Late Show with Stephen Colbert about a month ago, Adia Victoria has been touring with her new album entitled “Beyond the Bloodhounds.” Seeing as one of her stops is Milwaukee’s own Club Garibaldi, we reached out and asked Aida a few ice-breaking questions. 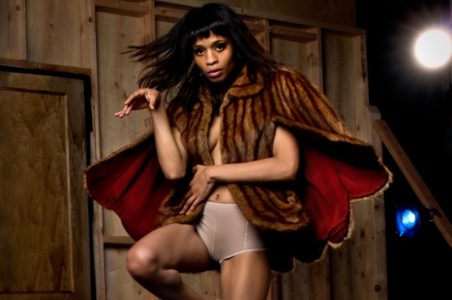 Well I got started in music, as a very young girl, in my church’s choir. The church was attached to the school that I was in as well. And when I was about 5 my teachers noticed I was a bit of a performance ham and I really liked singing solos, so I started doing Sabbath services, Christmas services, Easter Services; and I just reveled in that power. As far as music’s concern, I began playing the guitar when I was 21, when one of my best friends left me a Washburn acoustic guitar when she was moving out of the state. And I had just gotten into the blues at the time, so I started writing songs and learning this instrument and my way down the neck.

I would say the person that kind of inducted me into the blues was Vitoria Spivey. Amazing singer, performer, piano player – she actually started playing the piano, publically, out in Huston in whore houses when she was 12. She lied and said she was 16, but that was like her debut. I found her on YouTube, when I was like 21 and thirsting after the blues, and I came across her and saw her doing a performance of her song T. B. Blues and I fell in love. And I think I have watched every video of her, since. I just love her story, her humor – she performs very tongue-and-cheek and with a wink. And she empowered me, as a young black woman, to go out as you are and tell people who you are.

Well, at the time, I was living in Atlanta and I was working a nine-to-five telemarketing job and it was soul-crushing. And I think it was at a time in my life where I’d been living in New York and I got run out of that city and I came back down to the south and I just had this really big chip on my shoulder and it was kind of a do or die time for me because it was like “Ok you tried to run away to New York and you failed at that.” So I was just working as a telemarketer – a high school dropout – I had no plans for the future. So when my friend, Jen, gave me the guitar it kind of revitalized me and gave me purpose. I was able to set goals and achieve them on my own, and so my guitar became my friend because I didn’t have any friends. So it was like a lifeline to me outside of myself.

I mean… I only know the Milwaukee Bucks because, when I was little, my two big brothers were big basketball fans. So… that’s about it. But whenever I go to a new city I just ask where to get a good sandwich. Because I like a good sandwich.