You Should Know Ex Reyes

You Should Know Ex Reyes 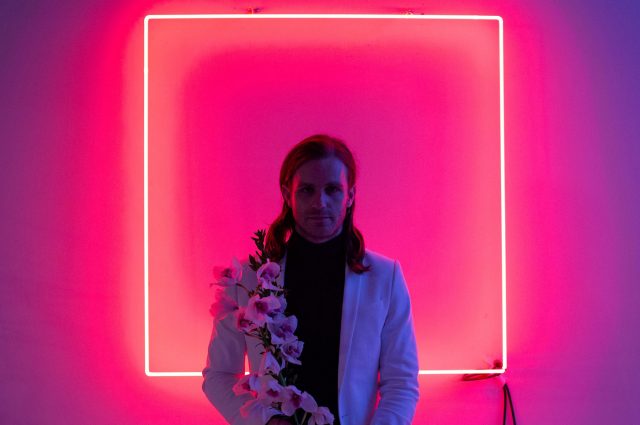 Ex Reyes is the moniker of Brooklyn-by-way-of-NOLA musician Mikey “Freedom” Hart. As a sideman, Hart made some friends and picked up influences. As a frontman, Hart orchestrates a team of adept musicians accurately described in his bio as “future nostalgia.”

You Should Know Ex Reyes, his solo project debut, “Do Something” EP released last month.

Read the interview with Radio Milwaukee below:

I have to use a middle name as a disambiguation because the drummer for the Grateful Dead is Mickey Hart. When I was a kid, I had a really crushing incident. The first recording I ever made when I was 11, I put on Napster. I came home from school one day and had millions of downloads and I was so excited and then I went in the chat room, and everyone was really upset because they thought I was trying to scam them with a fake Mickey Hart record – which would be a crazy scam anyway. If I was going to scam them, why would I choose Mickey Hart?

People have become a lot more pointed with their cyber-bullying but at the time it was crushing, so that’s where “Freedom” came from. Sometimes I tell people it’s real, but it’s more or less real because it’s been around so long.

You’ve been recording since you were 11?

That was my first Tascam Portastudio recording. I have been playing classical piano since I was three. Well, when you’re three you’re learning how to touch stuff, but technically I was in piano lessons and I always played piano. I was always trying to write. Now that I’ve gotten older, mentally, the subject matter has become a bit more nuanced.

My parents gave me the Portastudio cassette recorder. I think it was good for them, because I had a big family with all brothers and we were always fighting. When I got it I stayed in one corner of the house and made that record that later shattered my confidence, but that’s when writing songs to perpetuity started.

It started with church and then people playing music on the street. If someone around you is doing something that looks cool, you want to be a part of it.

2. You have been a sideman for a while, did you have your solo project between then and now?

The sideman thing started out when I was playing music on the street with friends and doing a bit of a hobo camp thing. It started in New York, then moved to New Orleans where I was playing on the street a bunch. At that time in my life, I was playing things for people who were around. We would write songs and play them for each other.

I made recordings in that time, but I never released it in any real way. I started playing in bands and touring. Some of the songs on this Ex Reyes record go back to that early time. Touring with those bands made me think, “maybe I could do that — make a record and tour with it.” I was always so busy touring in other bands that I couldn’t do the whole shebang until now. 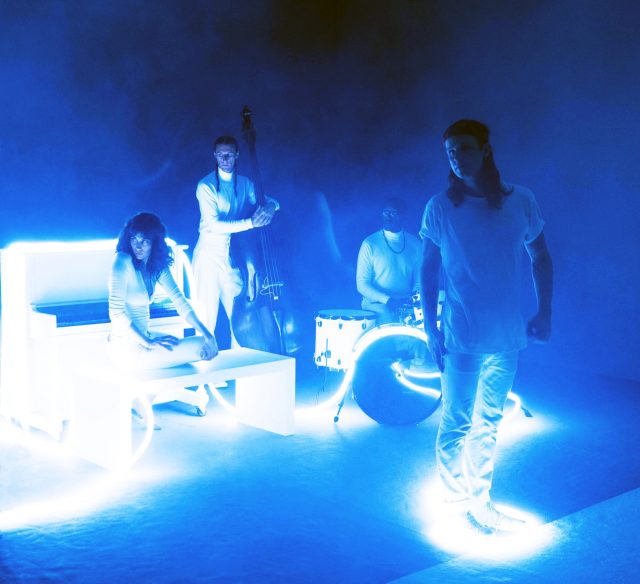 3. How did you make that transition from sideman to Ex Reyes?

That collaboration process is super kinetic, right? You’d have to be way more enterprising than I am to know the professional possibilities available with music, but for me it’s always been “who’s around?” and who’s doing stuff that looks cool. It started with church and then people playing music on the street. If someone around you is doing something that looks cool, you want to be a part of it.

It was always there. This particular project is about making my own music based on the collaborations with people that I came into contact with. Touring with bands, you meet so many people who are so talented and so cool and inspiring to work with and it’s always nice to be asked to come in and play on a track, I love that. The musicians I meet that I’m inspired by, I have come in and play on a track.

It’s super collaborative. All of the words and melodies come from me, because I wanted that element of cohesion, but all the musical parts are from almost anywhere.

Not Jeffrey Dahmer? [Laughs] I had a really amazing show in Milwaukee. I’ve played in Milwaukee twice or three times with Bleachers, I’ve played Milwaukee with Sinkane, played Summerfest. I played a venue that has a giant pool in the basement…

The haunted pool at the Rave?

Yeah, that’s what I think of when I think of Milwaukee. It’s so cool, I was there for like an hour. It was the Bleachers/Charlie xcx show and we hung out down there.

Also, that art museum. One time I played a show with Sinkane and we went to a tiki bar that was next level. I would love to go to that tiki bar again. We went after Mad Planet and the green room looked like someone’s basement.

5. What’s something people would be surprised to know about you?

I was born with an extra thumb.

It is true. I can prove it. It’s the most common of the birth defects, but I had it. One in a hundred. My mom always told me I was one in a hundred. There’s a scar where it used to be.

Check out the debut EP from Ex Reyes here: https://exreyes.bandcamp.com/album/do-something-ep

Watch the music video for “Bad Timing” from Ex Reyes below: