You Should Know KT Tunstall

You Should Know KT Tunstall 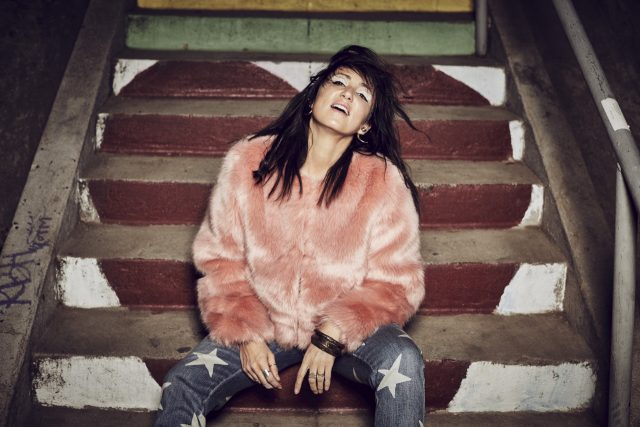 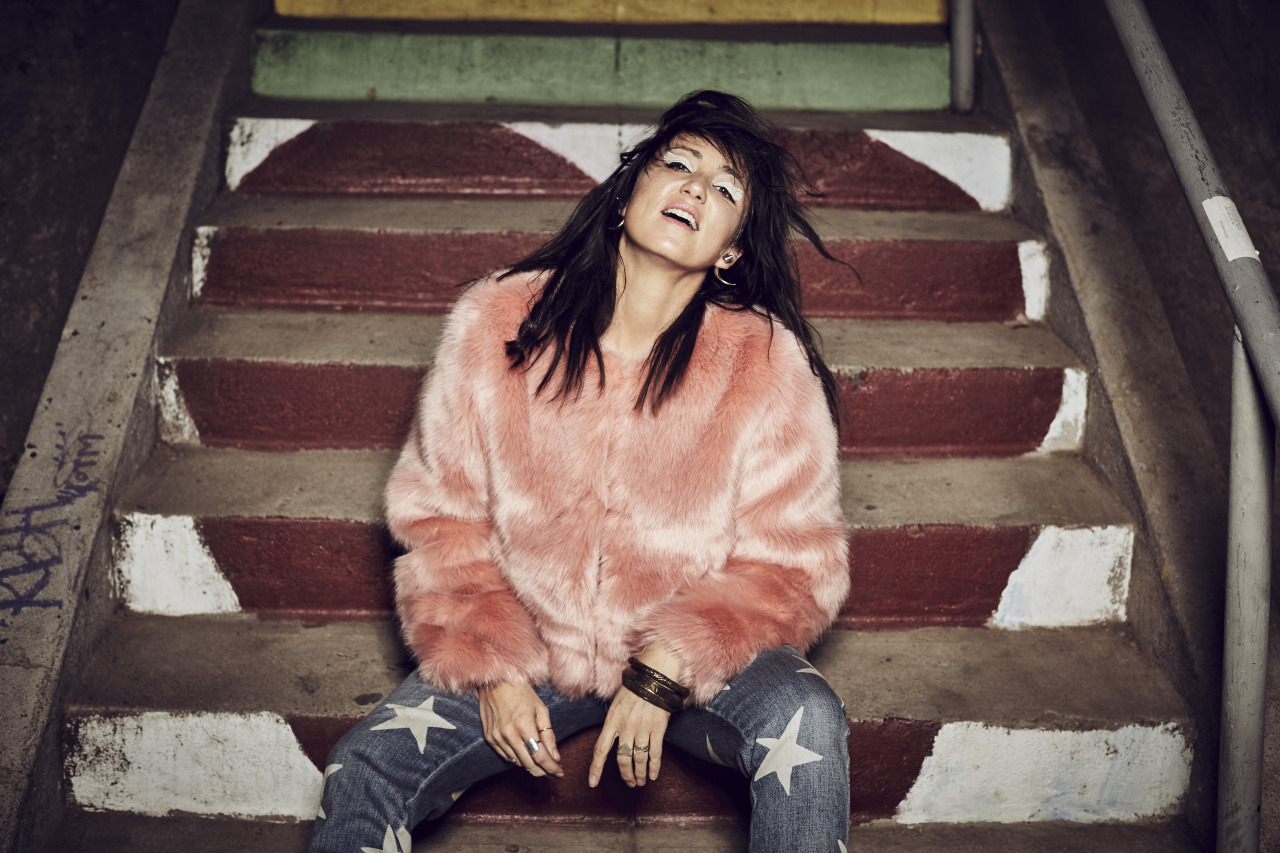 Coming (back) to Milwaukee

You may have heard the music of Scottish singer and guitarist KT Tunstall in one of dozens of movies and TV shows, but her live performance is where she really connects with the audience and finds her true passion. We spoke recently about just that, as well as being labeled the “looping girl,” and how she sets herself apart in a sea of female singer-songwriters to live out her dream as a full-time musician and songwriter.

We spoke with the artist in January of 2017.

Read the abbreviated interview or listen to the full audio below:

Where they’re from: Los Angeles by way of Edinburgh, Scotland
Song you may have heard: “Black Horse and the Cherry Tree,” “Suddenly I See”
RIYL: alternative rock, Chryssie Hynde, pop-folk

"Black Horse and the Cherry Tree" singer returns to Milwaukee

1. What do you think of Milwaukee?

The thing I think of most when I think of Milwaukee is the community bike shop that you guys have. Vulture Space! Our monitor engineer Marco was really into cycling and he brought his bike with him from the UK for our tour and we were all getting really jealous.

We got to Milwaukee to play the festival and our sound engineer Adam found out about Vulture Space bike shop. We all went to the bike shop and bought ourselves a bike. They’re so cool in there, it’s so great, and it’s a real community space.

I bought myself this awesome “duck egg blue” racer bike for $200. It’s called Pamela Velo. Pam and I went for this incredible ride in Milwaukee around the lake, around the trails. We ended up biking every day we had after that. We stopped for a soda on the waterfront. It was beautiful; it was a really lovely day out on our wheels. I’ll always remember Milwaukee for my bike.

I went on tour and went in a van for the first time with these guys going around the country doing shows and I just fell in love with it. I knew instantly that was what I wanted to do.

2. What was it like to grow up in the Scottish music scene?

I didn’t discover any music scene per se until I was about 15. My family didn’t really listen to music when I was growing up. So for me, I grew up playing instruments rather than listening to music.

I got a piano when I was four-years-old. I learned classical flute from when I was 11. When I was 15, I found a guitar and that’s when I started writing songs. The first show I ever played was in St. Andrews, in a pub called The Vic. It was the popular local pub for misfits and weirdos and farmer boys; a really weird mix of people, but it was a great bar.

I did a gig in the back room when I was 15. There is a guy King Creosote, who’s name is Kenny Anderson and he’s a pretty well respected outsider alternative folk artist these days. He had his eye on one of my girlfriends and knew she was coming to the show and came with her. He ended up asking me to join his band.

Kenny was my first musical mentor and he had a really cool music scene going on in my hometown that I didn’t even know about called the Fence Collective. It ended up being a really celebrated corner of music in the UK. Those were the first musicians I ever met. I went on tour and went in a van for the first time with these guys going around the country doing shows and I just fell in love with it. I knew instantly that was what I wanted to do.

I bet your parents were thrilled!

Yeah, they definitely didn’t think it was going to turn into my job. I remember my mom saying, “You don’t get to do what you love for a job, that’s what hobbies are for.” I knew it was more than a hobby straight away. 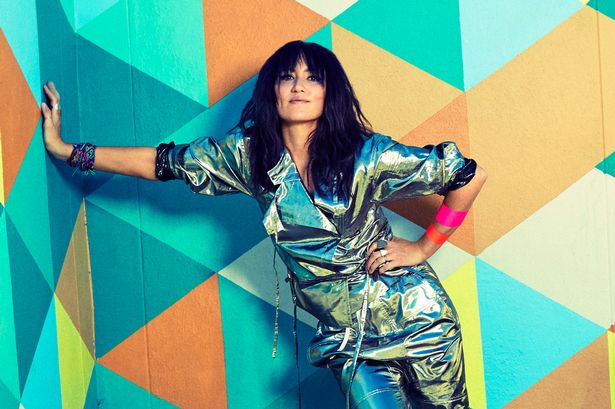 3. Performance seems like a very big part of what you do, I wonder if different venues or spaces you’re in… do you cater to that space?

Yeah, one hundred percent. That’s all part of your experience if you come to one of my shows. If I play the Troubadour in L.A., I kick it up a notch energy-wise because it’s just such an incredible space with this history and it’s a very electric venue where everyone can see and everyone feels like they’re three feet away from you. It’s standing, and it’s sweaty, and it feels like a rock gig. I feel like a punk in the ‘70s when I play the Troubadour.

Then, you have somewhere like the Ryman Auditorium in Nashville where you’re basically playing in a musical church. There’s so much reverence and emotion already instilled into your performance because of where you are. It sinks in and gives a reverence. That’s the best word to use for that place.

Somewhere like the Pabst is such a beautiful place to play because it’s a rare, beautiful old theater in America. There’s a family of these beautiful theaters where many other performances have taken place; performances of different kinds. You kind of feel the echoes of these performances and you’re part of a line that carries as long as that venue is open; of emotional reaction to what people see in that building. The space feels very charged.

I imagine these multiple, multiple imprints of performances layered on top of each other and you’re the freshest one, the top of the deck of cards that night.

4. Was it out of necessity that you started using a looping pedal?

Oh, one hundred percent. I was so fucking bored with playing with a guitar and being a girl with a guitar like Phoebe from Friends. This is just so dull. I’d recorded my full band record for my first album. Rhythm was such an important part of that, I needed to have rhythm as part of my own performance.

How did you discover the looping pedal?

I was a vocalist in another band and I was talking to their sound guy Mosh. I’ve seen Jim White do guitar looping and I’ve seen a really good Canadian artist Son of Dave doing vocal looping, but I hadn’t seen someone do both. The problem often with that at the time, you couldn’t get a loop pedal with two imports. Loop pedals only had one input. So Mosh and I devised this little plan, where I had a mixing desk at my feet. So I just got the smallest mixing desk I could find, which was four channels, and just used two channels. Mixed the vocals and guitar in the desk at my feet and then put it into the loop pedal, so I was doing the mixing what you might do at Front of House, usually.

I could get both instruments and that was kind of my eureka moment. “Hey wait a minute, if I bash the shit out of my guitar, it should sound like a drum kit.” I had never seen anyone do that and it’s really thrilling coming up with an idea yourself that you haven’t seen someone do and it’s your thing, you know?

Definitely. I’ve definitely rebelled against that definition and label as “looping girl.” I don’t want it to be a gimmick. I felt like I should leave it behind for a quick minute there and then check my head, “What are you talking about? You love it and people love it. It’s great.” And there’s nothing cooler than having a signature sound as an artist. So, yeah, I got over that pretty quickly.

I still experiment with it, all the time. “Evil Eye” on the new record was built from a loop from the pedal.

5. What’s the first record you ever bought?

This is a funny story. When I was 15, my school would give out prizes for every subject. You would get a voucher from the local bookshop and you would choose your book and then you’d give it to your teacher and they would have it wrapped up to give it to you as a prize on stage at prize giving.

I won the Creative Writing competition in English. I was given my book-voucher and the school didn’t realize at that turning point where bookshops started to sell CDs and pretty much every kid who was meant to buy a book, bought an album.

They had the prize giving on an assembly stage at my school and I went up to collect my prize and I was given, “Heaven in Las Vegas” by the Cocteau Twins as my prize. The coolest prize from a school I’d ever had.

I made friends with this goth when I went into the Theater course in the summer. She was turning me onto PJ Harvey, The Cure, Depeche Mode, and “Heaven in Las Vegas” by the Cocteau Twins was what she had suggested and still one of my favorite and most important reference records.

I seem to want to try every genre there is, so don’t doubt that will happen. [laughs]

The performance that started it all.

Stream the live performance that brought KT Tunstall into the spotlight: