You Should Know Twin Peaks

You Should Know Twin Peaks 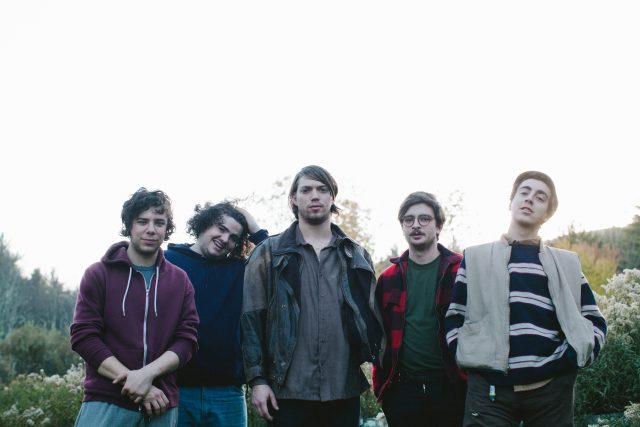 Twin Peaks broke out of the Chicago D.I.Y. basement scene to play for tens of thousands at festivals. They are known for their high-energy live show, no matter the venue, so expect their performance this Saturday night at Turner Hall Ballroom to blow off the roof. Radio Milwaukee recently spoke with singer Cadien Lake James about growing up in D.I.Y. venues, the evolution of band, and the luck of being the right age at the right time in their career as musicians.

Where they’re from: Chicago, IL
Song you’ve heard on 88Nine: “Walk to the One You Love”
RIYL: The Beets, garage rock, Mac DeMarco

1. I’m looking forward to your show this Saturday with Soul Low and White Mystery!

White Mystery are gnarly, they’re a fun band, and they are the NICEST people. We’re blessed with good vibes in Chicago. A lot of people trying to support the community; the starving artists and broke musicians who have good hearts.

I think it’s a Midwest thing in general. A lot of Midwest cities in the scene are unpretentious, working people.

2. You started playing Milwaukee at a pretty young age, when did you start Twin Peaks?

Jack, the bassist from Twin Peaks and I used to have a band that would do open mike nights when we were in sixth grade. We did covers, but we wrote our first song together. He had lyrics and I came up with the instruments.

I was in a band with my brother called Teenage Dream. That was my introduction to the D.I.Y. scene. My brother is three years older than me, and had to leave Teenage Dream to tour with Smith Westerns.

I played my first show at Empty Bottle with Teenage Dream when I was 14 or 15. That’s actually when I met Alex White [of White Mystery], she was one of three people who came to that show. It was the coldest day of the year. We were playing with Stranger Waves, of which the drummer is now the keyboardist in Whitney.

Maybe it’s because I’m gone so much, and we can’t do the kind of shows we used to do, but I don’t know where the D.I.Y. spots are anymore. I’m not aware of any basement shows, I don’t know who’s booking those kinds of shows. Seems like everyone is growing into playing bars, which is fine because it’s still our community.

But I think what was so important about all -ages venues for us at the time was going to shows when we were 15 and feeling accepted by all these older musicians. That’s a huge thing for getting young kids to think seriously that, “If you’ve got the chops, you could play in this scene.” Now most bands are playing bars 21 and up, which gets more exclusive.

3. What do you think of Milwaukee?

The first show we did on our first tour was the Paper Trail in Milwaukee. Some of it is on YouTube, playing in a basement in Milwaukee.

It’s a Midwest town close-by to us. I know that up in Milwaukee you can get the gigantic Bloody Mary with a whole roast chicken in it at that one spot. I keep meaning to get it. We’ve had a good time in Milwaukee. We had our first support tour in Milwaukee, which fell apart, but it was with Foxygen. That was at Turner Hall. Coincidentally the next night in Minneapolis, Sam broke his leg so that tour got cancelled. But we did get to do Milwaukee! Memories. We played with Benjamin Booker there, that was fun – really nice guy, he’s super sweet.

...that’s the thing with even bigger venues and festivals, to retain the feeling. Giving so much energy up there as if you’re playing for three people in a basement and making sure they are still having fun.

4. Has playing out live and playing bigger and bigger venues shaped the way you write new songs?

I don’t think it’s because of the venue size, but from having gone from writing songs to playing them live as an afterthought because the shows were in basements where the lo-fi stuff translated easily, it was dirty. Nowadays, it’s a combination of many things but I would definitely consider it way more, “How are we gonna pull this off live?” When we’re starting to add a bunch of crazy shit, I try to make sure that it’s a good song. If it’s a good song it will translate well live.

Speaking of, you have a live album coming out, “Urbs in Horto?”

Yeah, that comes out Friday. Our live show has always been a nice contrast to our records. We’ve retained having grown up in basements two times faster than the way they were recorded. We play a little closer to recorded speed now, but we’re still playing faster. It’s a very energetic live show; I think that’s the thing with even bigger venues and festivals, to retain the feeling. Giving so much energy up there as if you’re playing for three people in a basement and making sure they are still having fun. We still think that way when we’re in front of 10,000 at a festival. You can’t expect them to dance and enjoy it if you’re not enjoying it up there. It’s key for us to enjoy playing the songs up there. 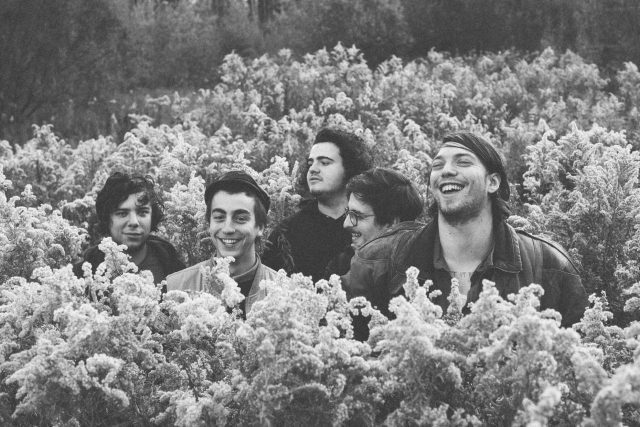 5. Do you have a day job or are you doing music full time?

I used to work at my dad’s hot dog stand on the beach in Chicago, we have a song about it “Stand in the Sand.” I did odd jobs for my family, basically. I never applied for jobs, I missed that. I’m a spoiled little boy, I scraped by living at my parent’s house doing the band, not working jobs. Now I make enough with music to pay rent, so I have my own place but we’re not balling out yet. We can survive, eat, and pay rent and that blows my mind all the time, I’m very, very fortunate for that.

When I’m not touring I’m still busy with the band recording, but I still have time to sit around the house and work on music all day in my own room, for my own self. It’s special. I feel really, really fortunate and grateful for it. I know it’s super hard to get that. Especially the older you get, you’re working jobs, you can’t go live with your parents anymore while you save up money. It gets hard for people to get there.

After a certain point you have to step back and have to fit against your commitments to have that freedom. So that’s something I talk a lot about with people who aren’t high-schoolers, asking about doing music. For kids in high school, if you can talk your parents into believing in you, saving money on not spending it on college and supporting you for a year or two while you try touring and shit, that’s great, you’ll get a chance. But if you’re 24 and you have to quit your job in hopes that it happens in the next six months, that’s just some pressure and an unbelievable situation where you will blow up in six months.

Nowadays with touring, you have to tour most of the year to support your band. When you have to pay rent and you’re not making money on your first year or two of touring, that’s so hard to do. I understand the struggle and I feel very fortunate that we bit the bullet when we were still 18. Now I’m 23 and we’re doing the damn thing.

I hope it lasts, I think about that all the time. Dude, when this band crashes, do I go back to school at 26? I don’t have any job qualifications. I guess I could try to work in a studio or a music shop or give guitar lessons.

There isn’t any money in the hot dog stand I need to support my music habit of buying and selling gear. I’m addicted to it, I have so many guitars…

You can see Twin Peaks perform live in Milwaukee this Saturday, April 1 at Turner Hall Ballroom. Doors at 7PM, music at 8PM.

Watch Twin Peaks “Walk to the One You Love” below: