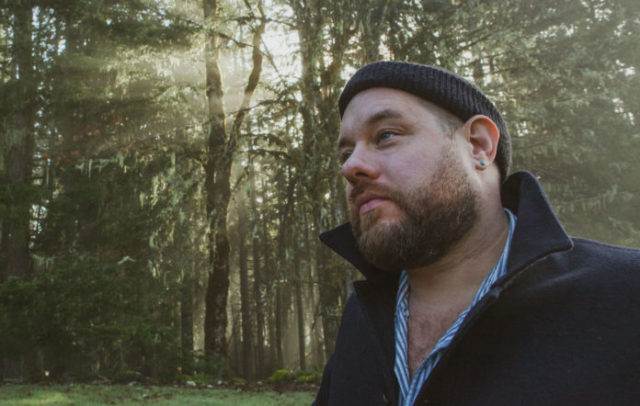 Nathaniel Rateliff has risen to be a household name across the country. In 2015, his song with his band The Night Sweats “S.O.B.” went platinum and their album, “Nathaniel Rateliff & the Night Sweats,” became a classic. Ahead of his show March 5 at the Riverside Theater, we discussed his experiences in Milwaukee, playing in a backyard in Bay View and more.

I’m calling from Milwaukee and every time we talk about you or we have you come through, I have a couple friends always mention a show you played in a backyard in Milwaukee. I was wondering if you could tell us your history of playing shows in Milwaukee.

Yeah, I had some friends, my friend Dan was in Volcano Choir and so it was probably his backyard I was playing in. Daniel Spack, actually. Yeah, and he was kind of involved in a bunch of different bands, and you know we always had a good time playing at Garibaldi’s. I think there was some night and there was a huge flood and hardly anybody could come to Garibaldi’s, so it was just us. There were sinkholes everywhere and some Hummer had fallen in some sinkhole, which we all kind of cheered. Some gas guzzler like that would stand up in the ground, so that’s pretty exciting!

I remember last time you played at Garibaldi, I live like two blocks away, and I walked up and you had a bus the size of Garibaldi there.

I think that was our first bus tour ever, with the Night Sweats or anything I’ve ever been involved in, so you know, that was one of the venues we were booked in and we pulled up and it was pretty funny to have a bus parked out front of Garibali’s. It was a fun night.

That was great, that was such a fun night. It was so fun to see the big band packed into that little joint. When you would play those shows with Daniel, I think those shows were kind of more what you’re doing with “And It’s Still Alright,” like the more stripped down. I love “And It’s Still Alright.” I played it on a segment that I do and I just connect with it so much and I love it. And I had read that it’s about Richard Swift or that Richard Swift is in mind in this. Could you tell us who Richard Swift is and your relationship with him for those who are not familiar with Richard Swift?

Richard was our producer for both the Night Sweats records and originally this, “And It’s Still Alright,” the record was going to be a project of just me and Richard. I always really loved his production on the Damian Jurado records and loved Damian as a person as well, but wanted to make a record kind of like that. I love working with the Night Sweats, but the opportunity to just like bring in a song that varies in style or genre and just have Richard kind of do his thing to it. And so that was kind of our plan, so some of these songs I was writing then, I remember Richard being really excited about and was like all or nothing where he was like, “Man, can’t be too Nilsson man, or we should really go heavy on the Harry Nilsson sound on this one.” And so we tried to do that on some of the songs.

Unfortunately, Richard passed away a year and a half ago at a pretty young age and was unexpected. So I guess, now that sort of changed the focus of the record. So part of the record is just processing Richard’s death. I guess seeing some reasons he passed away and we shared a lot of the same struggles and the acknowledgement of hardship in our own personal lives and how do we recognize those things, but to continue to strive for joy and happiness and hope, you know?

I have a lot, I’ve never laughed so much. A lot of our relationship was just busting up in laughter and then on the side it was, oh yeah we have to get back to work and make this record. So I have a lot of just kind of goofy moments. Some of them probably aren’t appropriate for radio, or the state we were in at least it wouldn’t be appropriate to talk about!

For the last question, I always like to know what people are listening to. What is the last song that you couldn’t stop listening to?

Recently, I’ve really gotten into this Jim Sullivan record called “U.F.O.” It came out in 1969 or 1970. And there’s a song on there called “Plain As Your Eyes Can See.” I was just kind of listening to that, pretty much on repeat for a while. I joined some vinyl club and so I get new records all the time and a lot of the time it’s stuff I’m unfamiliar with and it’s been kind of exciting to like even find older, exclusive things that are getting re-pressed nowadays and there’s a lot of different little companies doing that and I really love it.

Who is Jim Sullivan, I don’t know that name?

He has that record U.F.O. and I think there’s only one other record. It reminds me a lot of that sort of like 70s style, singer-songwriter, acoustic, Americana kind of thing. Comparisons would be like Gordon Lightfoot and Jim Croce or that kind of thing.

Is there a specific reason you connected with this song on the album?

I don’t know, I guess I really love his voice and he’s just like strumming the shit out of a 12 string guitar which kind of reminds me of my mom and a lot of the stuff I grew up listening to with her.