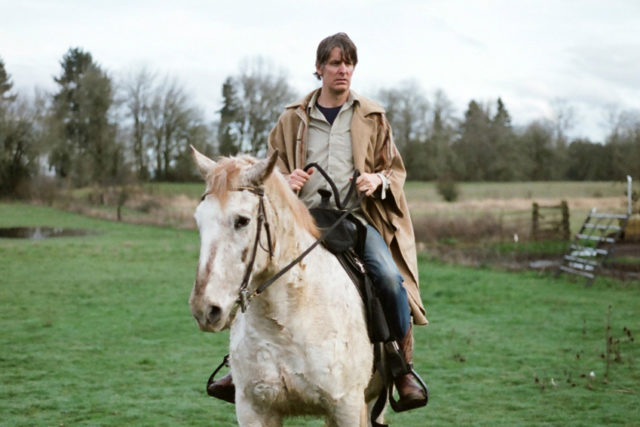 I ask Stephen Malkmus about his ball game.

“I’m a wannabe point guard but not fast enough,” he laughs.

And the other obligatory basketball questions: Malkmus would have liked to see Lebron stay in Cleveland. He says he doesn’t have a favorite team, but is more of a fan of individual players and picks his favorite teams from year to year. But, he does like the Bucks.

He clearly wasn’t just saying that because I’m from Milwaukee. He remembers being a fan in the ’70s and starts naming his favorites on the roster back then: Sidney Moncrief, Brian Winters and Marques Johnson.

And, he remembers the MECCA floor: “I loved their — your — court had that kind of darkened ‘M’ on it, and it looked cool, I thought.”

He continues, “I always liked the Brewers then, too. For some reason the late ’70s was good to you guys.” 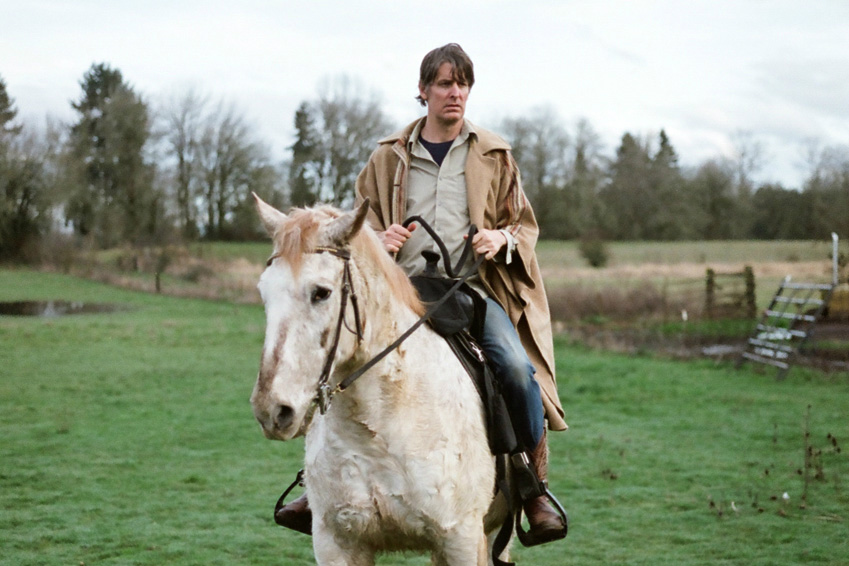 After we talked about basketball for 10 more minutes, I figured I needed to ask him about his music at some point. His new album is “Sparkle Hard.” We’re playing “Middle America” and we are in the middle of America here in Milwaukee. I ask him about the song’s title and his ties to the Midwest.

Malkmus admitted that it was just a working title that was put on the parentals: “It made the demo and the song title doesn’t mean that much, I hate to say.”

However, he did do his last tour through the Midwest and regardless of the title, he had a lot to say about its charms.

“All the cities we went to were really awesome and there’s stuff going on and cool people and you know, it’s not like the nation is scooped out of the middle. I mean, it’s urban, it’s more of an urban/suburban, urban/rural shift. All the cities are kind of in the same philosophical area, you know. I felt totally like I was in Portland or something in every venue that we were at, not that that’s necessarily what I think is the best thing, but I’m just saying it’s like, forward-thinking…environmental…coffee. [laughs]”

He said he saw America’s Heartland as more than the “distorted picture you get from voting numbers or leftist media.” He doesn’t romanticize it though, quickly adding: “But, I mean, if you spend any time in northern Wisconsin as I have, you’ve seen the abject poverty and lack of opportunity and frustration that goes with that.”

Stephen Malkmus was in town last month with the Jicks, selling out the Back Room @ Colectivo, a venue too small for his indie rock legacy that brought us Pavement.

But, when we talked a couple weeks after the show, we hardly discussed any of that. Instead, much like his stage presence, our conversation was light and casual.

We talked about basketball from pickup games to the Lebron James trade to the Milwaukee Bucks. Then, he talked about “Middle America” the song and middle America the place, including a lot about Wisconsin and his summers up north at a secret fishing hole.

There’s a town called Goodman. There's fly fishing and you can catch pike too. Pike hunting, I call it, because they’re big.

Yes, Stephen Malkmus goes up north every summer with his family. His father-in-law is an expert fly fisherman from Chicago who introduced him to a great fishing spot northwest of Crivitz, WI.

“We fly to Green Bay and then we rent a car and drive up, I think it’s 43 or something and then there’s this Highway 8, I think it’s called. There’s a town called Goodman. There’s fly fishing and you can catch pike too. Pike hunting, I call it, because they’re big. There’s a bigger lake there and the pike ate all the trout back in the 1960s or something.”

Again, he mentions the duality of the Midwest.

“The people that fish there are not the average Wisconsinite. There are a lot of people from Chicago and Milwaukee. I also got a firsthand experience of the [local] people, what’s going on up there and — well it’s a little bleak. Other than hunting and drinking, there’s not a whole lot going on.”

I ask him about a song he can’t stop listening to lately and he replies with “If You Know You Know” by Pusha-T. With heavy sarcasm, he says, “Like so many suburban, white rap fans, I really relate to what he’s saying about being a drug dealer. [laughs]”

If you haven’t picked up on this already, Stephen Malkmus is funny.

I ask him if he would ever do stand-up comedy and he quickly says, “No way.” Though he adds that his current solo tour is something like a humorous lecture tour. He says that being funny is valuable, but that doesn’t make you automatically good at stand-up.

Instead, he says his next move might be to step up his performances with collaborations or a more media-rich stage show with lights or videos “that could trip people out.”

He says he’s “a born entertainer,” which explains his goal for bigger production. And it explains the crowd-pleasing Pavement encores he’s been doing lately on tour.

“80 percent of our fans, you know, are at least are conversant with Pavement and then another 30 percent are more into Pavement than the Jicks, but they’re still there. We cover a lot of the Venn Diagram there. It’s fun and people love it — I like to entertain.”

After going over our scheduled interview time casually chatting about his kids, Johnny Depp, The World Cup and different dog breeds, I wrap up this amusingly ordinary conversation with an indie rock pioneer.

Malkmus hangs up with a parting “Go Bucks!”