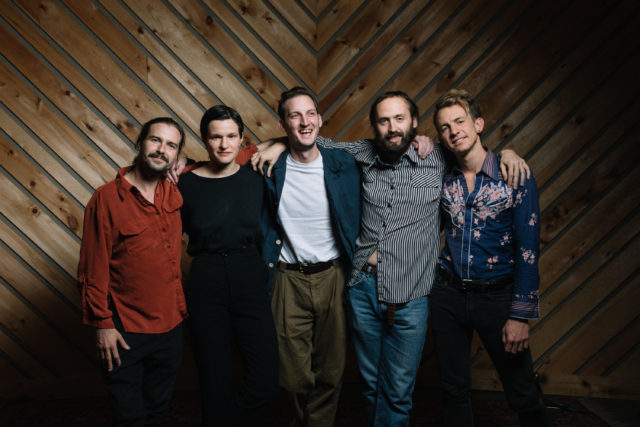 Welcome to the Big Thief Radio Special. Big Thief is a band with Midwest roots. Lead singer Adrianne Lenker was born in Indianapolis, Indiana and has family in Minneapolis. She released her first song at 8 years old and she first played shows in Milwaukee when she was 15 years old. She founded Big Thief with guitarist Buck Meek in 2015 on the first day she moved to New York. While they were recording in the Brooklyn studio The Bunker they met drummer Max Oleartchik.

This year they released two albums. Sometimes they refer to them as “Earth twins.” They recorded the first, “U.F.O.F,” among the pines of the Pacific Northwest. Adrianne said that they were “recording the process of their exploration” in the album.

The second album, “Two Hands,” was released in October. They recorded some of it naked in a studio in Tomilo, Texas, bassist James Krivchenia told me.

For this special we went back to The Bunker — the studio where the band first met and where we recorded this special.