The National’s Bryce Dessner on ‘Fake Empire,’ ‘I Am Easy To Find’ and pushing compositional boundaries

The National’s Bryce Dessner on ‘Fake Empire,’ ‘I Am Easy To Find’ and pushing compositional boundaries 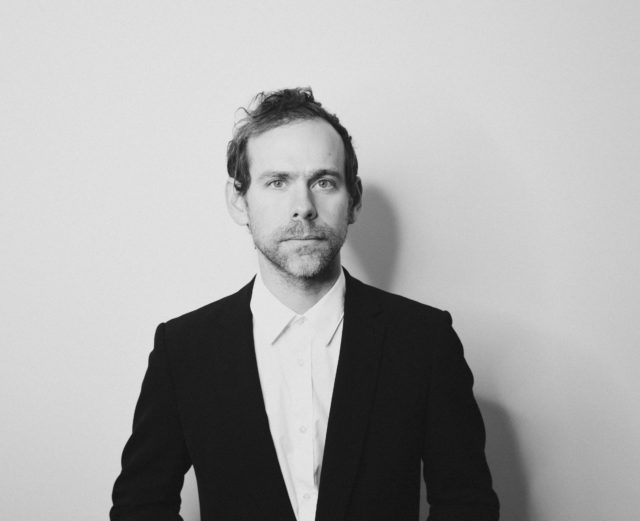 The National is a classic “more than the sum of its parts” band. Singer Matt Berninger may be the face and the voice of the group, but it’s the quintet’s unusual chemistry that makes the music soar, and a key part of that chemistry is guitarist/composer Bryce Dessner. In promotion of the group’s sumptuous new album “I Am Easy To Find,” and ahead of the band’s headlining set at Summerfest‘s Miller Lite Oasis on Sunday, June 30, Dessner chatted with Radio Milwaukee about his unusual compositional approach to the band’s music, and the “simple ideas” that have bloomed into some of the most iconic indie-rock songs of this century.

You are primarily known as a composer. That interests me, especially with The National because it’s a band that has such a sound. How are the songs for The National composed and what is your role?

The National’s songs are written differently that if I was to compose something for an orchestra or a string quartet, meaning that we start with the simplest, barest idea. Usually the simpler the better, because of how we, through collaboration and the recording process, develop and write them, and it grows from there. You’d be surprised at how simple some of the original ideas would be compared to what they end up as. My role in that is creating those simple “sketches”, as we call them. Some of the better examples of my sketches would be “Fake Empire,” “Lemonworld,” “Karen,” “City Middle” or “Empire Line.” Those are songs where they might have started with an idea like that. My brother does a lot of them also.

Can we dig in to “Fake Empire”? What was the simple idea there?

With “Fake Empire,” the difference between the simple idea and the end is the piano line. That was the original song. When I did that we were in Pensacola, Florida playing a tiny show and backstage there was an old upright piano and were I started doing that. It’s a good example of where my composition world mixes with The National. That rhythm is a 4/3 polyrhythm, one that you don’t normally hear in pop music, but it’s something that I’ve played in music by David Lang or Steve Reich or someone like that. I was playing with a really simple chord structure with a complex rhythm, and Matt liked it, so we developed it. That song is a good example of starting with a simple idea like that, and then the song gets written. At the end there’s a horn fanfare, which actually I did not write.

That’s Padma Newsome, who used to play strings with us. He’s an Australian guy that I’ve known for years who wrote that arrangement over the end of the song. That’s a good example of how composition can mean two things, where that’s actually notated and the music that has to be written out. Most of our songs have little elements of that in them, where there might be a moment of orchestration or even a guitar part that’s really been worked out and composed.

How has composing the new album been different? It sounds different, so is that you having fun with it? How are you experimenting with sounds there?

I think it was the presence of Mike Mills, the film director who we worked on the movie with. He was in the studio with us and his approach to sounds and score is very open minded. He has kind of avant-garde taste, and he was pushing us outside of our comfort zone. He was also elemental, where he would suggest “let’s just hear the drums” or “let’s just hear the strings” in ways that were more radical than we’re used to. I composed some of the choir stuff for the film, and Mike was the one pushing that into the album. It was originally written into the score of the short film that accompanies the album “I’m Easy To Find.” It’s different in that we’re outside of our normal habits, and foregrounding certain textures that have been there in the past but were less elemental, less essential. For instance, the strings are really key in this album where you hear big string sections driving certain moments of songs. In the past that might be the sort of arrangement that’s more behind.

The National is possibly the band that is closest to doing something like avant-garde. I think of your compositional body behind it, and it is the biggest band that has a compositional sound to it. And you’re growing as a band. How do you see that line between pop music and composition and manage to push it and gain fans at the same time?

For better or for worse, we don’t think so hard about gaining or losing fans very often. We all love pop music and we grew up with a real sense of songwriting in the band before the more adventurous compositional, or you mentioned avant-garde, textures which are a window into other spaces and other kinds of music. The beauty is in the details for us, it’s what keeps it interesting. Matt’s voice is a constant. He’s renewing himself lyrically a lot, but Matt’s voice is Matt’s voice. Sonically the tapestry of sounds we can use, that can vary. In short of going all electronic or something we try to find new ground on every record. I feel like we’ve done better with that on the last two. “Sleep Well Beast” and this new one sound different to us. They introduce new textures and new behavior in the band, and that’s what keeps it interesting.

Most bands that I love are bands that have edged up against some kind of frontier. Radiohead is a great example of that, or Wilco back in the day. Those are bands that had a brush with mainstream success without compromising their artistic interests. That’s where we’ve sat and we’re lucky to be doing what we’re doing.

I respect you for doing that. As a listener I value you bringing out in the composer in you, the backbone and compositional side of the music. I think it’s fantastic, and every time I listen to it I’m like, “thank God that you’re making this.” It brings us closer to those things, and lets us appreciate the work you do as a composer. It shows how that work is coming into, and has always been a part of, music that we listen to on a daily basis.