Thundercat on where you tie your durag and what it says about you, Dragon Ball Z and Lil Uzi Vert

Thundercat on where you tie your durag and what it says about you, Dragon Ball Z and Lil Uzi Vert 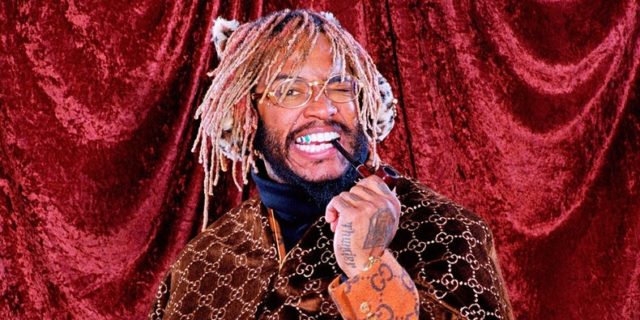 Thundercat is known for his virtuosity on the bass. Born and raised in Southern California by a musical family, he got into it early. When Kamasi Washington came into the studio at 88Nine he was talking about a jazz band that he had with Thundercat when they were in high school. That is also the time where they played back up for Snoop Dogg. Kendrick Lamar saw his talents and brought him in to play on “To Pimp A Butterfly” in 2015. After that Thundercat has been pushing the ceiling with 2017’s “Drunk” and “It Is What It Is” which he released this year.

One thing that I didn’t really know going into this interview was that Stephen Bruner is funny. I knew he was a bit of an oddball, which we love, but there is just a lightness to his being that I found infectious. Because of that I am going to post the audio to this interview too. There were a lot of laughs and it’s nice to hear them.

How are you doing?

I’m okay. I’m only taking it one day at a time, as I can. Everything’s doing what it does, basically. We’re just in a place of trying to maintain. I’m watching a lot of cartoons, which is really good. I’ve written a little bit of music, but  just kinda taking it easy, somewhere between the video games and Naruto I’m chilling.

Right on. I do want to talk about anime. When did you start watching anime in your life?

I started watching anime at a really young age. The reality is a lot of our cartoons, even from my childhood are Japanese animators. A lot of them are very influenced by Japanese culture. Even the Thundercats had Japanese animators. I feel like the safest way to say it would be that I’ve always watched anime, I feel like that’s the actual reality, right. From like the Silver Hawks to GI Joe, that was Japanese squads doing that. But the part where I first consciously made a decision to watch anime would be probably around 10, between the age of 10 and 13.

What was your first favorite show?

Dragon Ball Z, for me, was like if somewhere between really enjoying how the characters looked, it was like “Wow, these characters are drawn so much better than what I’m used to,” and the types of powers they had. It all seemed like it was within reach. It was not something far fetched.

To be honest with you, I’ve thought about this a lot, but I don’t know why it’s such a strong thing for a person like me. I’ve always pondered this question, what makes Dragon Ball Z so imperative to a person? I think it’s somewhere between the lines of, it’s inspirational, but at the same time you empathize or you become one of the characters in the story. On multiple different levels you connect to it and at different phases in your life you connect to it.

So I don’t know, something about it really resonates like that.

Vegeta. Vegeta is definitely my favorite.

It’s funny, I tend to get into arguments about why Vegeta is a favorite. This is a real thing. Every now and again, I get into arguments with my friends about it cause they’re always like, Nah, it’s not Vegeta,” it’s somebody else.

But the reason why I love Vegeta is because I feel like Vegeta genuinely learns what it means to be human.

He has more of a struggle than Goku does. Goku just kind of dumb. He’s kind of like a child. He’s a bad father. Vegeta is an amazing father and a great husband, like Goku’s really bad at it and Goku’s the most absent father of absent fathers there could ever be. Trunks is the raw super saiyan, right? And everybody’s like, “Man, Trucks is so raw.” But it’s because Vegeta taught him to be that raw. Gohan kind of fizzles out a bit. Gohan’s really good at math and science and couldn’t fight, but he’s nowhere near Trunks and it’s like, you can tell who was the better father. Vegeta, to me, got more of the human experience than Goku did. Even though Goku was raised on earth since he was a boy. He’s a great protector, don’t get me wrong. He does a great job, protecting but he’s kind of removed. He doesn’t process it like Vegeta. There’s one scene in Super where literally, was it Beerus? Who slapped Vegeta’s wife and Vegeta loses his mind and it was the right reaction. It was tight. Goku’s whole entire life could get destroyed and he would still be worried about training. His fights destroy planets, it’s one of those things, he can’t fight on the same planet cause he’ll destroy it. It’s insane. We can talk about Dragon Ball all day!

Slump God definitely rocks the durag. And as you know, has changed the game for durag rocking. Slump God is the raw deal. He’s the one that tied it to the front. He let everybody know he was crazy. The different places you tie a durag says a lot about the type of person you are. And we tend to believe that when you tie your durag in the front, you’re a little bit crazy.

So where do you tie yours and what does that say about you?

In the front. I tie mine in the front too [laughs].

Okay, I’ve got some questions about how you are doing in quarantine.

I’m at home on my couch. California, Hollywood.

When’s the last time that you wore real pants?

Real pants? It’s had to have been like months at this point. Maybe New Year’s or Christmas.

What is your go-to junk food item?

I’m vegan now, so I think my go-to junk food would be spinach or I don’t know, like every now and again I get real crazy and take a wild sip of some fruit juice.

Have you read a book?

I mean, I’m always reading comic books, so yeah. I definitely have read a comic book or two. I also read Dr. Sebi’s books. He’s kind of somewhere between a holistic and actual full on [doctor]. He put out several books and it’s kind of speculated that he was killed because he claimed to have the cure for AIDS and herpes and all these different things, back in the day. Nipsey Hussle was literally doing a documentary on him before he was brutally murdered. I’m looking at the cover of one of the books now, and it’s like “how to naturally detox the liver, reverse diabetes and high blood pressure through Dr. Sebi alkaline diet.” He’s kind of a guy that changed the game for stuff. He was around in, I think it was in the early nineties and every now and again you hear somebody saying, I’m going to Africa to get something fixed. It was because they were going to go see Dr. Sebi.

What’s the best nugget you picked up from that book?

Stop eating trash. It’s kind of like the consensus of Dr. Sebi. He’s just like, “Stop being a piece of shit.”

What’s the best thing that you’ve cooked in quarantine?

Lentils and spinach. I like to poop a lot. So it’s like one of those things, any food that makes you poop. I really enjoy beans and lentils. Kale and spinach, I like that stuff. Stuff that makes you get on the toilet in the morning, get another type of exercise.

What is the song that you’ve listened to the most?

Can we just talk about Uzi for a second? What is he doing that grabs you?

Uzi’s just dope. He’s funky man. He’s just a vibe. He’s a dope vibe. He can rap and on top of the part where he can rap, his albums be dope. Like it just be killer.