You Should Know Angelica Garcia

You Should Know Angelica Garcia 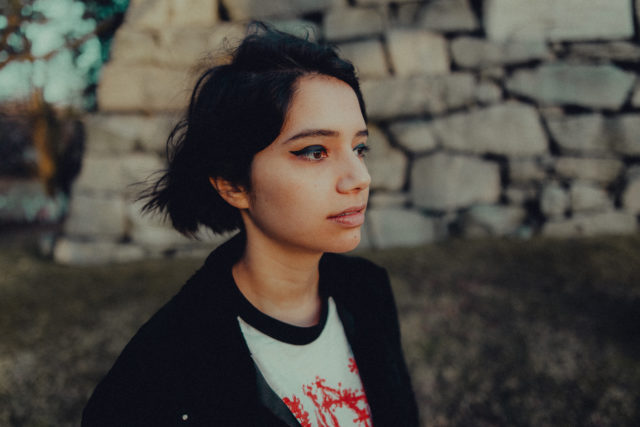 Angelica Garcia grew up in L.A., playing the Troubadour while still in high school with music industry parents. But at 17, life changed and she found herself in small town Virginia with her stepdad’s new vocation as a priest, and no friends to play music with. We chatted with the singer and guitarist on the phone about her musical journey, which includes a stop in Milwaukee at The Back Room @ Colectivo.

Read the interview below and check out Angelica Garcia with her band on Tuesday, July 11!

Coming to Milwaukee on July 11 at The Back Room @ Colectivo

1. What do you think of Milwaukee?

I have no idea, I honestly have no idea what to expect, but in my experience, those are the best situations that you come into because if you don’t know what to expect, you’re about to have so much fun figuring it out. I’m looking forward to it, really.

Where are you based out of now? You grew up in L.A.?

It’s kind of a weird, long story how that happened but basically, I was born and raised in L.A. My parents are music people; my mom was a singer and my dad managed artists. Five years after my parents got married, my dad said, “screw the music business, I want to be an Episcopalian priest!” So, when he decided he wanted to be a priest, the first church to respond to him was this tiny little church in Virginia. That’s how my family and I moved to Virginia. I’ve been in Virginia ever since and I love it.

When I was a kid, I was too young to understand how fancy L.A. was. The sunshine all the time, music everywhere, art everywhere, it wasn’t until I was a teenager and we moved to the eastern shore of Virginia in the middle of nowhere that it hit me. Like, whoa that was a really crazy way to live before. I’m the only person that sings in this little town, which is kind of funny.

2. Did you book your own shows in Virginia?

Well, yeah. I played the coffee shop or at the open mic at the crab shack. There was a chair repair store on this really windy back road in the woods that took you to this tiny town called Craddockville. There was this man that owned a chair repair shop and they would fix chairs, that was their family business.

Every single Thursday night, they’d call it “Little Friday,” a bunch of musicians would get together and just play music and picking guitar, banjo and whatever the heck they had. I was still learning music, so I would go there and play music there in the middle of nowhere. To go from L.A. to that, it was a pretty big lifestyle change, but it happened when I was too young to change that. I had to move with my parents.

Is that how you met your band?

I actually met the guys at an open mic in Richmond. I used to work at Cracker Barrel before I started doing music all the time and I would come from a restaurant shift to this open mic in Richmond, because I didn’t know any other friends who played music at the time and that’s how I met these guys, and it’s pretty great. They’re funny, we’ve had a blast. We did a really long winter tour, we’ve done several smaller tours going up and down the East Coast. It’s been a really fun year with a lot of big changes. 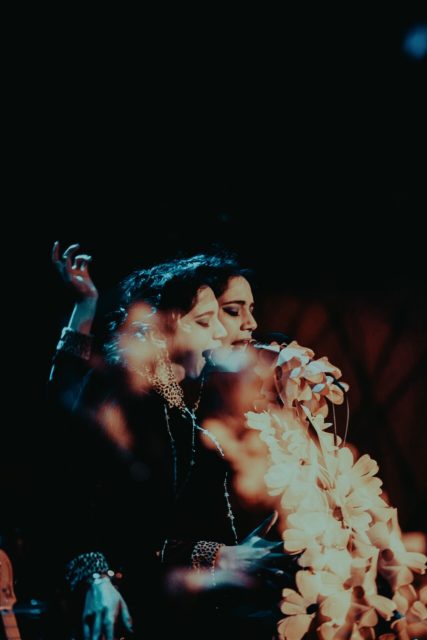 3. Did you play shows when you were still in L.A.?

I was 17 when we moved, so I had played some shows in my band in high school. We played the Troubadour, The Roxy, House of Blues… It feels so weird to look back on that and think about doing that as a teenager because I was so naïve, like “yeah we’re gonna play a show.” Now I’m like, “damn, that’s pretty cool!”

Growing up in L.A., there is an element to it of growing up in a fairytale. I went to a performing arts high school and a lot of these kids were sons and daughters of musicians and actors, so they just came from families that loved art and music and they grew up with art and music their whole life. If they grew up their whole life dancing, acting or playing music, they got really good at it because they’ve done it their whole life. Because you’re so good at it, we could put together these shows and people would actually come to them which is pretty crazy. It was a weird adolescence.

Did your dad come out of Artist Management retirement for you?

I’d been working hard for two years because I wanted to go to this college to study language and then I got offered a record deal. I thought I had to take the record deal, how could I say no to that? That goes away. I could always go back to school, I could keep my mind sharp by staying reading. The record deal I knew was something I had to do.

There’s no one way to start music industry stuff. Everybody falls into it in their own way; that’s what I’ve been told and what I’ve observed. There’s no one right way to do it. In the beginning, my dad did help me out a lot. He was at least trying to guide me with things like publishing for example. Like, “okay, if you’re going to look for a music publisher, make sure you find someone who does this for you or make sure you do this.” He wasn’t literally going with me and doing this stuff or calling in favors for me, but he still knows what you look for in a record label, this is what you look for in a manager. He was very helpful.

Were your parents surprised that you fell into their footsteps even after they moved their lives?

Honestly, I think they were both actually kind of worried. They were like, “Oh God, here she goes. Watch out.” It’s tough, it’s really weird especially when you’re the person on stage. At least my dad never had the social public pressures, the weird stuff that comes with it. I think he knows I’m kind of an introvert, to be honest. I just like making music and playing songs. He said, “Angie, be ready because when you’re on stage you’re going to get everything. Not just that stuff.” I said, “you’re right, Dad.”

I think the first song that woke up my gut was Gimme Shelter.

4. Do you remember the first album you ever bought?

I don’t remember… it was probably something really corny to be honest. It was probably not something cool. As a kid I grew up in the pop world, listening to a bunch of pop music with my mom. I do remember the first time my dad handed me stuff, though. I remember my dad handed me this CD of the Greatest Hits by the Rolling Stones or something. I remember that because it was something I had been blowing off for so long, like “whatever, Dad. This is nothing like Britney Spears.” But then he said, “Hey, this is a band you might like.” And I finally said, “all right, all right.” And h-o-l-y crap. I think the first song that woke up my gut was Gimme Shelter.

He also gave me a lot of Aretha Franklin as a kid. I thought she was freaking nuts, I’d never heard anybody sing like her before. It kind of blew my mind and made me think maybe there was more to life than pop music. Obviously, everybody has a place but that was the first thing that opened up other genres to me.

5. It sounds like you had a pretty musical household, how did you end up playing music yourself?

My stepdad didn’t really play anything, he always had a lot of CDs in the house so sometimes as a kid I had three or four of my own CDs, so if I got tired of my same four CDs I’d grab some of his and listen to them. That was always cool. He never had instruments to play, but he always had CDs around the house.

I started singing because my mom was a singer. She would always sing with my aunt and uncle, because she grew up singing Mexican folk music; Mariachi music and Ranchera music. I always grew up hearing my mom and her family sing and harmonize with each other. That’s what inspired me to sing. They would always say, “Hey, you sing the other harmony” and I’d say, “okay!” I just thought it was normal, I thought that’s what people did at parties with your family. That was my childhood with my mom and her side of the family.

How did you end up picking up guitar?

I never really think of myself as a guitarist. My dad gave me a bunch of Neil Young to listen to and I thought, “All right, I’m going to try to listen to something new” and I fell in love with Neil Young and one of my favorite songs when I found out about him was “Heart of Gold.” I was listening to Harvest and I was musical enough where I understood the basics of chords, progression and melody and I remember listening to “Heart of Gold” and thinking, “this is an amazing song, but it’s also pretty simple.” I remember thinking it is genius because it’s simple and I thought, “I could probably play this on guitar.” I just never tried to play anything on guitar. Maybe I should try to learn to play this song! That’s how I taught myself how to play guitar. “Yeah, all right, I can do this!” Once you learn one song, you want to learn another song and eventually you start writing your own songs on it.

Singing helped me start thinking about making my own songs. If you have an idea for a song in your head, sometimes as a singer I felt a little stifled because I didn’t have recording equipment at the time other than making a voice memo on my phone. Having an instrument to back you up as an extension of your brain really helps you to flesh out your ideas and makes them a physical thing and makes them feel real instead of some weird journal entry. The guitar really helps with that.

See Angelica Garcia in Milwaukee on July 11th at The Back Room @ Colectivo: pabsttheater.org/event/angelicagarcia2017/

Watch the video for “Orange Flower” by Angelica Garcia: