You Should Know Dermot Kennedy

You Should Know Dermot Kennedy 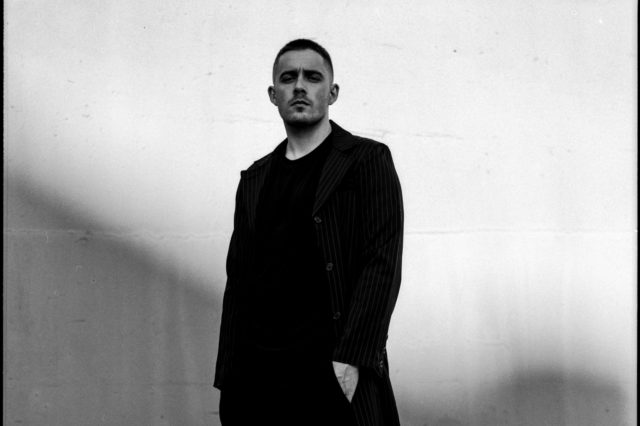 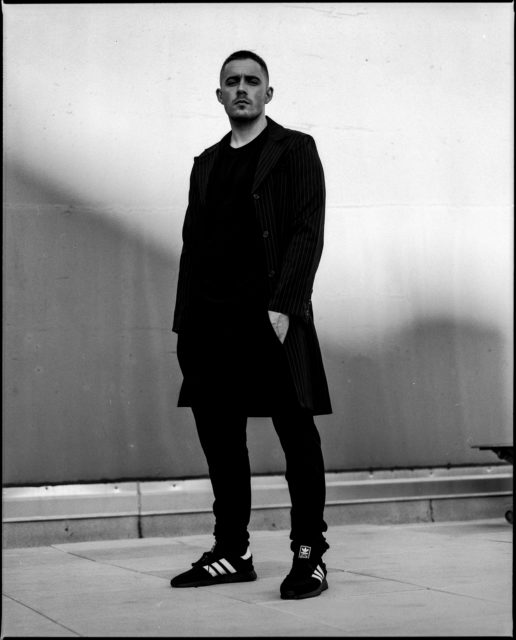 Tune in to hear an exclusive Studio Milwaukee session at 12:30 p.m. this Thursday, August 2.
You can see a live performance tomorrow in Madison at the Majestic on Wednesday, August 1.

1. Some of our listeners have referred to you as the “Irish Justin Vernon”…

Stop that. That’s the dream.

Yeah, there is a really, really strong history and heritage when it comes to songwriters. Glen Hansard has been really good to me, especially in the last three years. He’s like a legend. I feel like he’s similar to what it’s like with Justin Vernon in Wisconsin; this kind of legend of music. And with Glen, he’s been around for so long he’s like the father of Irish music to me. So yeah, I wouldn’t say it’s much different. It’s cool how it all comes together and people do what they want to do. It’s such a massive industry so to speak, so from that sense, all that happens is that people only care about their music, so it has a really cool vibe to it.

2. I read about Glen bringing you on stage and introducing you to a larger audience, but before that, were you collaborating with a lot of people?

No, not at all. Before that, I did all my own gigs, but it was never more than a 200 people kind of thing. Then, he invited me to play with him and his band and he was the most accommodating person ever. He basically was like, “It’ll be your 10 minutes at my gig and you can use the band or not. It’s totally your platform to do whatever you want to do.” I think there were like 1,500 people there.

It was just really, really, really cool and he just couldn’t have been nicer about the whole thing. Funny though, it actually just clicked in my head right now that I’m doing two sold-out nights in that same place this year, so that’s kind of crazy.

Wow. How do you deal with that mentally? I can’t imagine the difference of performing for 200 to to 1,500. How did you even prepare for that? Has the way you write changed to the way you’re thinking of an audience?

No. That’s a good question and I think about that sometimes too myself. I used to play in the streets and I used to bus in Dublin and one of the main obstacles you have when you’re doing that is to try and be heard over the street and over all the people, and you end up shouting so much. I think a lot of my songs are actually quite challenging, vocally, just because that’s the sort of headspace I was in, in terms of trying to be loud, essentially, to be heard.

If anything, I’m trying to take a step back from that in realizing it doesn’t have to be heavy all the time. But yeah, I mean, to be playing the bigger crowds, it’s just fun. It doesn’t really change anything. I think the most people I’ve played to in a venue is when we supported Lana Del Rey and that was 5,000. At that point I could see the first three rows and the rest was just, like, darkness.

It must be nice to have an audience that’s there to hear it.

Oh for sure. That’s a big part of it, yeah. I’ve played so, so many gigs where it’s almost as if you’re trying to convince people of what you’re doing. So now to be doing gigs where people are there and they bought a ticket and they want to be there and you’re the person they’re there to listen to, yeah, mentally and in terms of your confidence, it is a huge help.

If you’ve heard Dermot Kennedy‘s song “Moments Passed” on the air, there’s no doubt that it made an impression on you for its rustic, computerized vocals and remixed folk sound.

The Irish singer/songwriter is coming to 88Nine for a session this Thursday. Get to know Dermot Kennedy (yes, that’s his real name) as he talks to Radio Milwaukee about his literary influences and the music scene in Dublin.

I truly believe that without the bad stuff you wouldn’t have such a deep appreciation for good stuff. [...] It’s crazy when people just shut out the dark side of themselves. I think it’s very important to have that balance.

3. You worked solo before and now you’re working with a few collaborators. Has this elevated status for you helped? Are you able to work with any producer and artist that you love? Have you had more opportunities?

I would say definitely more opportunities have become available. Yeah, there’s been some really, really cool ones. Working with Mike Dean was crazy. That was just a thing that came up and I went to do it, not really knowing what to expect, and it worked out really well. And then working with people like Malay and stuff like that, different producers who can just do things to songs that are so surprising and kind of magical and take it to a new place.

Whether it’s something you keep or not, it’s exciting to be around people who are like that, creatively. It’s been really good. I feel right mostly by myself and with just one or two others, but to be able to be in the room with people like producers who can bring something brand new to your music is crazy. It’s a lot of fun.

I love that. It seems like you’re taking risks. Your music is unique and I think it really strikes a lot of people when they hear it. It’s hard to hear anything new anymore.

Yeah totally. It’s cool though, it just came about naturally. It was that first song I made for the EP called “The Closeness.” Me and a guy I work with a lot named Kerry, in London, put a massive programmed beat underneath the guitar part and if felt like a sound world worth chasing and a genre we could almost create as we went along. I’m still figuring it out myself, but I think it’s definitely important that I continue to push that side of things.

4. I love the title “Doves and Ravens” – maybe it’s an American thing to have this relentless positivity. You lose a lot of life and living in that. I think it’s good to recognize and honor the shadow side of you and I appreciate that your music honors that.

I’ll probably do a shitty job of explaining it, but it’s pretty cut and dry. It focuses on everything good and everything that’s bad. I truly believe that without the bad stuff, you wouldn’t have such a deep appreciation for good stuff and wouldn’t be able to embrace certain things if you didn’t experience things not being there. I think you are absolutely bang-on there, I think you’re absolutely right. It’s crazy when people just shut out the dark side of themselves. I think it’s very important to have that balance.

5. You have an affinity for strong writing, I was curious who you are reading these days?

Because I’m traveling so much, I’m crap at reading actual books, but I’ve been downloading audiobooks and making that the thing. I just make sure I’m concentrating really hard and not missing parts. So the book I’m listening to right now is “The Great Alone” [by Kristin Hannah]. It’s about a family that moved to Alaska and it progresses from there. That’s really good. I just finished a book by Stephen Fry called “Mythos.” It’s all about Greek mythology. That was really, really cool. That was my elective in college; or what you guys would say, it’s what I “minored” in. I did ancient and classic Greek and Roman literature, which was really exciting.

How has that affected your lyrics?

It definitely helps. It kind of takes the shackles off and lets you be ridiculous with things. I don’t worry too much about how it might be interpreted, it just opens up this fairy tale side of things. That world appeals to me an awful lot, I think it’s really cool.

It’s funny, because I spent a year and a bit writing and writing and writing. I’m trying to get more comfortable with every single line not having to be this killer line that relates to this exact moment. I’ve seen Justin Vernon talk about it, too with his lyrics. He focuses on what sings the best and what’s the best phonetically and what sounds the best. I’m still trying to tell a story, but I try to worry less about if it’s “perfect.” I think it’s better to just get comfortable writing all the time.

Tune in this Thursday, August 1 at 12:30 p.m. to hear more from Dermot Kennedy during our Studio Milwaukee session with him.

Watch the video below for “Moments Passed” by Dermot Kennedy below: