You Should Know The Orwells

You Should Know The Orwells 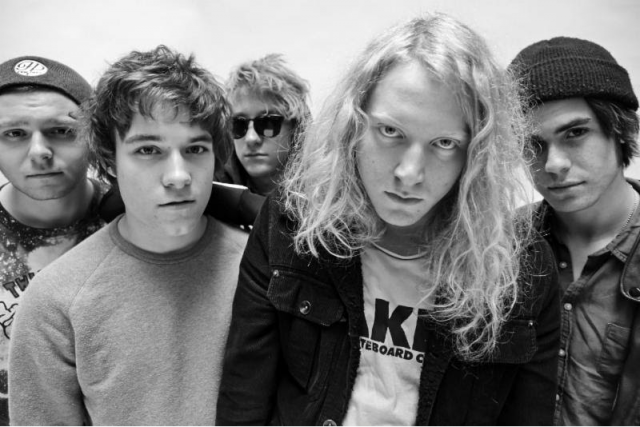 The Orwells released “Terrible Human Beings” last month on Atlantic Records, and their reputation is right in line with their title. On their third studio album, the band continue their brand of hook-filled suburban garage rock. Radio Milwaukee caught up with frontman Mario Cuomo and guitarist Matt O’Keefe to talk tour life, Milwaukee and that one incident in Dallas…

Where they’re from: Chicago, IL
Song you’ve heard on 88Nine: “They Put A Body In The Bayou”
RIYL: The Black Lips, garage rock, suburban angst

A conversation with The Orwells

Do you remember the first record you bought?

Matt: I doubt it was the first, but I remember being on vacation and we had to buy CDs for the rental car we had and I bought In Utero and Guns ‘n Roses Greatest Hits and I must have been in fourth grade or something.

When you first picked up guitar, did you start by playing covers of songs you liked?

Matt: Yeah. For the first five years of me knowing how to play, I never even tried to write an original song. It was mostly just learning other people’s songs.

What was your favorite to cover?

Matt:  One of the first ones was “I Think I Smell a Rat” by the White Stripes. It was so easy and I played that into the ground, pretty much.

Do you have day jobs are do you play music full time?

Nice! You got signed right out of high school, have you ever had a job?

Mario: I have not. I’ve never had one.

Matt: I had one for like three months at a fast food restaurant in the town we grew up in. I just did it just to do it. Just to say I had a job, just to experience it. It wasn’t worth it.

Did you learn anything interesting?

Matt: No, not really. It was a lot of dumping grease into dumpsters and cutting potatoes.

You’re all related? Cousins and brothers?

Since you’re all family, was your family pretty musical?

Mario: Mine was not, and I have yet to pick up an instrument.

Matt: A little bit, I have uncles and my older brother played guitar for a few seconds, but I’m really the only one in my family that plays anything.

Did you take lessons, Matt?

Matt: I did, yeah. After I saw School of Rock I decided to pick up a guitar.

Matt: Yeah, it really was the introduction to me needing to be in a band.

Mario, did you think you’d always be a singer or was it just that you were the only one left?

Mario: I guess I was needed as the last piece. A couple years before, I would never guess that I’d ever be doing something like this as a real career.

Do you have any good van games?

Matt: We’ve been doing this thing lately, the Movie Chain Game. It’s kind of fun, you have to connect films to actors and then connect the actors to another film. It’s fun, but that’s the only van game we’ve got. 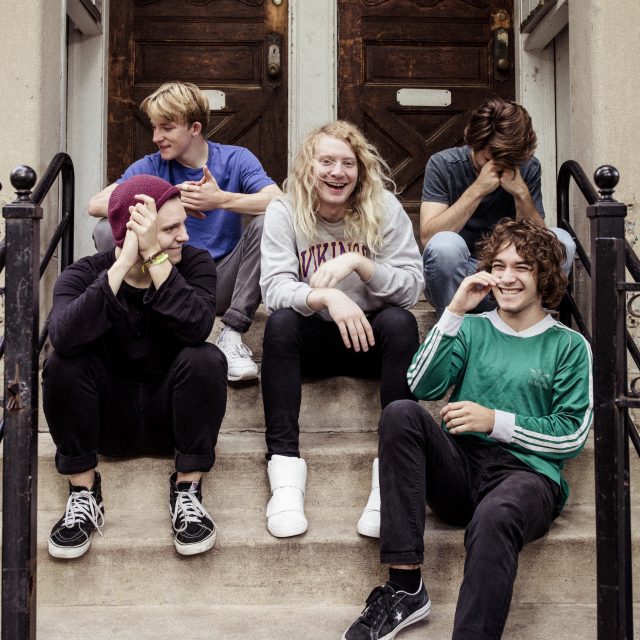 The Orwells by Kelly Puleo

What do you think of Milwaukee?

Mario: All the best beer comes from Milwaukee.

I heard about you guys having a Nirvana moment in Dallas…

Mario: It was a shitty venue. Just a bad team of people to deal with. All day there was bad vibes. It was rare for it to get that bad, but it happens once in awhile. They had very weird rules and they handled the situation really poorly. If they were worried about their microphones or whatever, they could have handled that after that show instead of stopping the show halfway through. They handled whatever they were trying to do super inappropriately.

Mario: I like a lot of light, easy-listening music. I’m not listening to like hard rock in the van or rocking out. I’d rather listen to Angel Olsen for a long drive. Nicer, softer music.

Matt: I have a hard time listening to music with headphones. It’s a weird hang-up I’ve developed that it feels forced. I look at my phone with headphones in and I have no idea what I want to listen to. It’s really weird, but I don’t listen to music when I’m in the van.

What’s next for The Orwells?

Matt: It’s going to be a lot of touring. We took a lot of time off from the road, so we gotta make up for lost time. We’ll probably tour this album a lot and then the whole process kind of restarts, go back in the studio.

Mario: We have a full European tour.

Any words for the people of Milwaukee?

Mario: Come out and show us around Milwaukee for the first time.

Stream The Orwells – “They Put a Body in the Bayou” below: