You Should Know Overcoats

You Should Know Overcoats 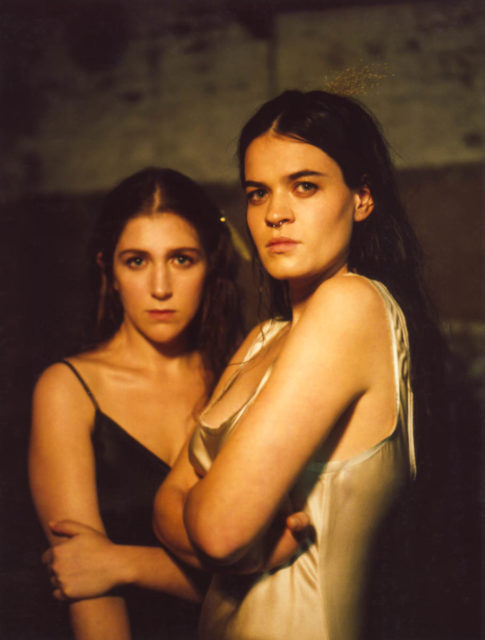 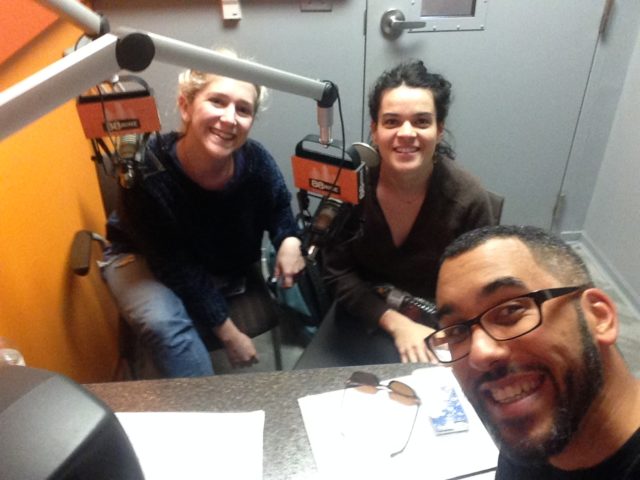 When: Tonight, Monday, May 8, 2017. Doors 7PM/Show 8PM
Where: The Back Room @ Colectivo Coffee
Tickets: pabsttheater.org/show/overcoats2017

The electronic duo Hana Elion and JJ Mitchell joined us here at Radio Milwaukee before their performance tonight at The Back Room @ Colectivo. Jordan asked them about how they got started, the yin and yang of their music, and what listeners can expect out of their live performance. Listen below or read the interview below:

Where they’re from: New York, NY
Song you’ve heard on 88Nine: “Leave the Light On”
RIYL: Sylvan Esso, The Staves, Portugal. The Man

1. Let’s get to know a little about Overcoats, and the story. I know you two were, this kind of collaboration began as roommates, am I correct? Is that were this kind of all started?

2. Did music collaboration kick in early in the friendship?

Hana: In a sense, yes. We loved to sing together and realized that our voices meshed really well together, we were both in the same a cappella group. More often we just sort of found echo-y bathrooms and vestibules around campus and would sing our favorite songs in there. It was in our senior year, in the winter when we first tried writing a song together. Up until that point it had just been covers and little ditties.

Senior winter we sat down and tried a song and that song is “Little Memory” which is actually on our record now.

I have to say, that’s pretty impressive to say the first collaboration as a partnership made the debut album. That’s usually not the case, usually there is like 30-50 pieces of material that are never heard and THEN finally… it worked obviously, right away.

Hana: There were some songs obviously that didn’t make the album, whether they were put aside due to genre, or content, or didn’t go with the concept of the album. “Little Memory” just felt like the beginning of the journey, so it felt important for us to have it on there. We re-shaped it a little bit, sonically, when we were in the studio, but for the most part, it’s the OG.

We inherently think in binaries or dichotomies because the band is the two of us, so we’re always thinking about the tension between two different perspective and yin and yang in everything we do.

3. I want to ask about that too, the studio process and the relationship you have with electronics. It’s very interesting to me as a listener, it’s a yin and yang, it’s a very soft and cool with a hot and hard thing going on. I was wondering if you could tell me the process fleshing the songs out.

JJ: Sure. First of all, it’s amazing that comes across because that’s what we try to do. I think we inherently think in binaries or dichotomies because the band is the two of us, so we’re always thinking about the tension between two different perspective and yin and yang in everything we do.

I think the things we’re really attracted to… electronic music, love the possibilities that you can make from it, we love that anything can be music. You don’t have to know how to play an instrument really well. There’s a lot of possibilities in that.

But, electronic music can also be really esoteric, oftentimes. So, on the other hand we really love music that is really quite simple and sounds like we could make it on our computer even if it is quite complicated.

We strive for something that is a bit harsh, a bit electronic…

JJ:… a bit crass even. We like to put that up against softer, simpler things to create depth and tension.

4. Is the process parallel to rappers where the beats inspire the music or do they lyrics inspire the selection? How do the puzzle pieces come together?

JJ: I often feel like a rapper [laughs] Just kidding. It happens a number of ways. I remember for “The Fog” we wrote a chorus to that with listening to a beat,

Hana: …a different beat that was never part of the song.

JJ: ….That inspired that particular melody and vibe and we put that chorus to another thing that we were working on. So, sometimes it is a beat that gets you going but other times, like

Hana: ….“23” was written with bluegrass guitar and transformed into what it is.

JJ: I think at least, I feel like you did this with “Smaller Than My Mother” and I did with “23” is that we took something the other was working on and we were like “what beat does this require in order to make it give you the feeling we’re trying to get across.

“Smaller Than My Mother” was also written in a very bluegrass way with guitar plucking pattern and Hannah took it in the middle of the night one night and was like, “I have a beat!” And put this very crass, garage band doo too doo to do and totally changed the dynamic of the song in a way that it needed because it was stuck in this very country vibe. “23” is the same thing, I put some crass beat to it that I thought it needed and that’s how a lot of the songs come together.

Hana: we like to mix genre a lot for sure. We do write start to finish together a lot of the time, like “Little Memory” was written that way, “Leave the Light On” was kind of written that way, “Kai’s Song” was written all together, but it’s really exciting for us when we’re kind of stuck with something and we hand it to the other person and they create something totally new out of it. That’s really fun for us.

5. I want to ask you guys about the live show and the kind of dynamics. What is the live show like for listeners that have never seen it? It’s going on tonight here in Milwaukee, but the approach to your style on the album, how to translate that to get an audience to engage with the music?

Hana: I think the vocal delivery and performance is the most important thing to us. So, we’ve gone through a lot of iterations of doing all the electronics, to none of them, to something in between. We’ve definitely found we want to be making some stuff happen, playing some keys and playing guitar, but we also want to be able to connect with the audience and having a drummer is fantastic. Because it really adds a super live element to it.

JJ: .. yeah. We hug before every show and after, bookending the whole thing. We make jokes, we hang out and we look at each other when we’re singing.

We basically want the audience to feel the connection we have and also be able to be part of that connection as a listener when you’re listening on Spotify you can’t picture what we look like or how we interact when we’re singing and so we just try to be honest up there.

We also have choreography, just wanted to put that out there.

Are the crutches incorporated? For those listening we need to explain. There was a little accident in Kansas City…

Hana: There always is.

JJ: It’s a minor sprain, we’re still going to get some jiving and shaking

Hana: Absolutely. It’s all gonna be about the arms tonight. [laughs]

See Overcoats live in Milwaukee tonight, Monday May 8 at The Back Room at Colectivo.
More info here: pabsttheater.org/show/overcoats2017

Stream “Leave the Light On” by Overcoats below: