You Should Know Whitney

You Should Know Whitney 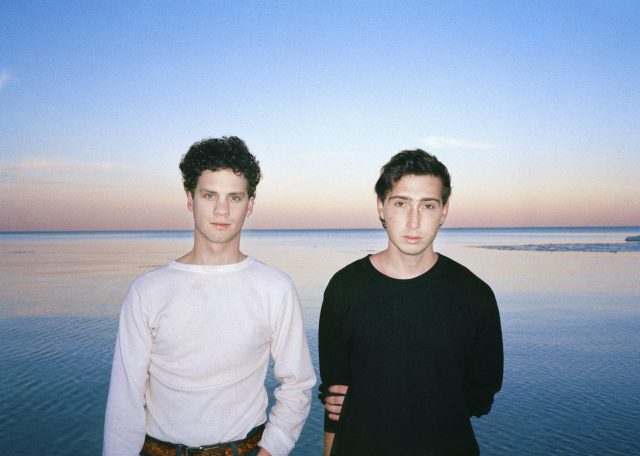 Radio Milwaukee had a few questions for Chicago’s Whitney. The band formed last year following the dismantling of Smith Westerns. While “Whitney” began as a character to voice the songs, the band has already evolved and shed the persona while still crafting sunny pop songs, reminiscent of ’70s AM Gold.  We chat with founding member and drummer Julien Ehrlich about the band, their Wisconsin oasis, and their past lives as high school jocks.

Where they’re from: Chicago, IL
Their song 88Nine is playing: “Golden Days,” “No Matter Where We Go”
RIYL: Sunshine, 70s AM radio, The Band

My dad taught me how to play drums when my arms were strong enough to hold the sticks. I was around 18 months old.

The Bucks court design. It’s awesome. Also my friend Timmy told me about a bar in Milwaukee where they make you do goofy shit to enter the bar, like a secret password kind of vibe but more embarrassing. Meanwhile everyone in the bar is watching you on camera laughing at you acting like a dork. Sounds cool.

I read that Max has a family cabin in Wisconsin, is that true?

Yep, it’s like right on the border of Illinois and Wisconsin, just past Antioch. We recorded the demo of “Follow Up” there.

3. Tell us something people would be surprised to know about you.

I was the kicker on my high school football team. Also I almost went to college to play soccer on scholarship. Both Max and I were jocks actually, haha.

4. What was is like to talk to Sir Elton John and learn that he was a fan?

It made me the most anxious I’ve been throughout this whole journey. It was fun though. He’s obviously done quite a few interviews in his career, so he never let our conversation get awkward or anything. He’s such a young soul. He’s really stayed relevant throughout his entire career. Elton’s got his ear to the ground.

I think at this point we know what we do well and we aren’t afraid to put our own feelings and experiences down on record.

5. Has the “Whitney” character evolved over the new record – is it still a part of what the band does? Does it help you articulate emotions and thoughts?

Max and I are at the point where we don’t need any sort of a persona to sink into. We used the character as a tool to join forces creatively back in 2014 when we weren’t sure how our writing partnership would be conducted. I think at this point we know what we do well and we aren’t afraid to put our own feelings and experiences down on record. That being said, every record we put out will always be rooted in the world that we created as “Whitney”. We’re never going to put a huge synth pop song on any of our records because that’s just not us. In that way I guess the character will always be alive.

Listen to Whitney – “Golden Days” below: