CocoRosie returns with new album ‘Put The Shine On’

CocoRosie returns with new album ‘Put The Shine On’ 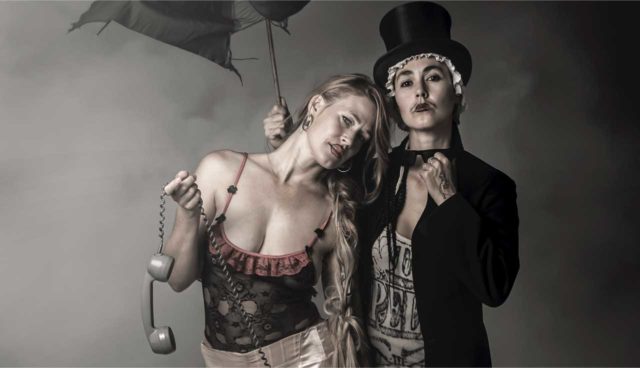 This week’s download comes from the duo CocoRosie and their new album “Put The Shine On.” You have 10 days to download their song “Burning Down The House.”

In the nearly five years since CocoRosie released their last album, sisters Bianca and Sierra Casady have been far from idle. In addition to composing for theater pieces, collaborating with legendary theater director Robert Wilson, performing with the Kronos Quartet, and more recently popping up on Chance the Rapper’s The Big Day, the duo have been engaged in the messy business of life. Created in fits and starts over the course of four years, amidst the backdrop of death, divorce, mental illness, falling in love, and copious amounts of healing, CocoRosie’s 7th album—Put The Shine On—is a study in extremes, balancing some of the most fresh and adroit pop songs the band has ever crafted, while exploring the most extreme states of human feeling and being—the result being an album that is both pristine and at times harrowing.

Put The Shine On is a record that luxuriates in extremes, reflecting the pain and confusion of mental illness (“They’re trying to Britney Spears me”) and the anguish of unpacking trauma (“Held the lamb in my hand, beheld its eyes / Shocked wide with death” Bianca sings on “Aloha Friday”), while also gleefully celebrating the possibility of newness, of wildness, and the ever-present potential for transformation. Nearly two decades deep into a career marked by experimentation and bucking convention, the duo has made what is arguably the most well-considered, emotionally complicated, and sonically adventurous record of their career.